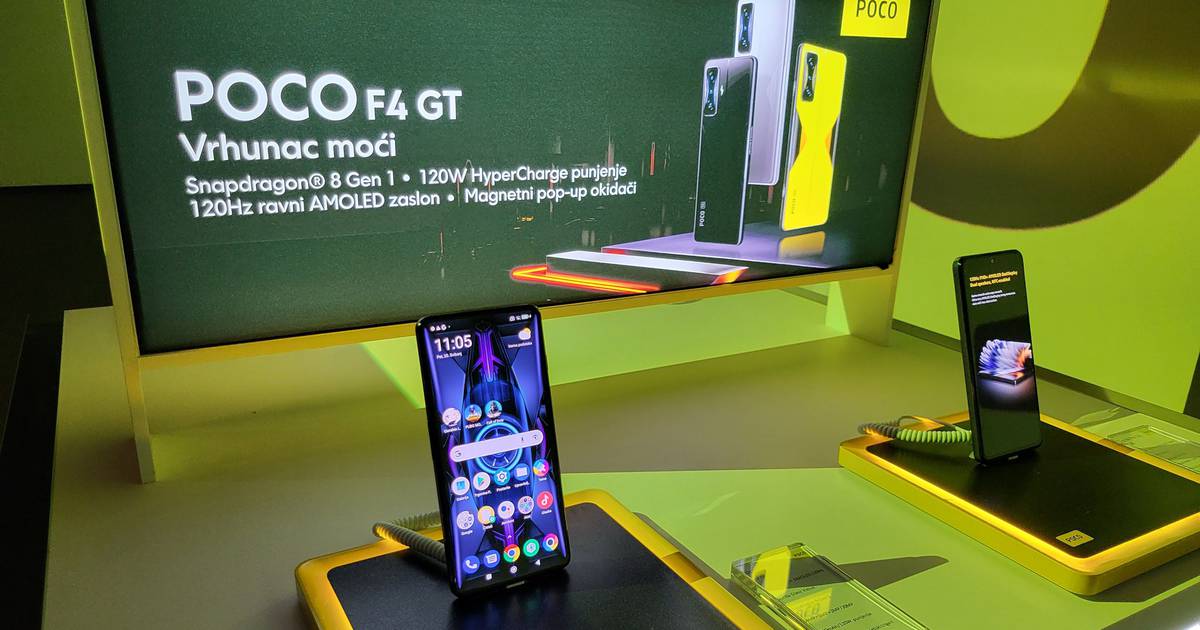 Xiaomi’s Poco brand, which has spun off into a separate company, continues to show that flagship performance can be offered at a much lower price, and such is their latest top model F4 G5, designed to attract young customers and with a strong emphasis on gaming.

This is primarily seen by the pop-up triggers on the side of the device, which while playing can serve as triggers in various games, and you can also program each of these keys for various actions and launch other applications while you are not playing.

The new F4 GT thus comes with the latest Snapdragon 8 Gen1 processor at 3 GHz and 8 GB of RAM (LPDDR5) and 128 GB of internal memory. They equipped it with a new LiquidCool 3.0 cooling system.

The phone comes with a 120W HyperCharge charger and a 4700 mAh battery, which can be fully charged in 17 minutes, which shows that we don’t have to think about whether the phone will last until the end of the day when the express can be charged again.

As for the camera, there is a main one of 64 mpx (f1.9), and there are also wide-angle 8 megapixels and a macro camera of 2. It supports 4K recording at 60fps. The front camera takes 20-megapixel selfies.

In addition to the F4 GT, Poco also unveiled its more affordable models, which we saw back in February in Barcelona at the Mobile World Congress. The X4 Pro 5G has a screen with the same diagonal and refreshment as the F4 GT, but a slightly weaker Snapdragon 695. There’s also a relatively new Poco M4 Pro with a 6.43-inch screen and a triple camera.