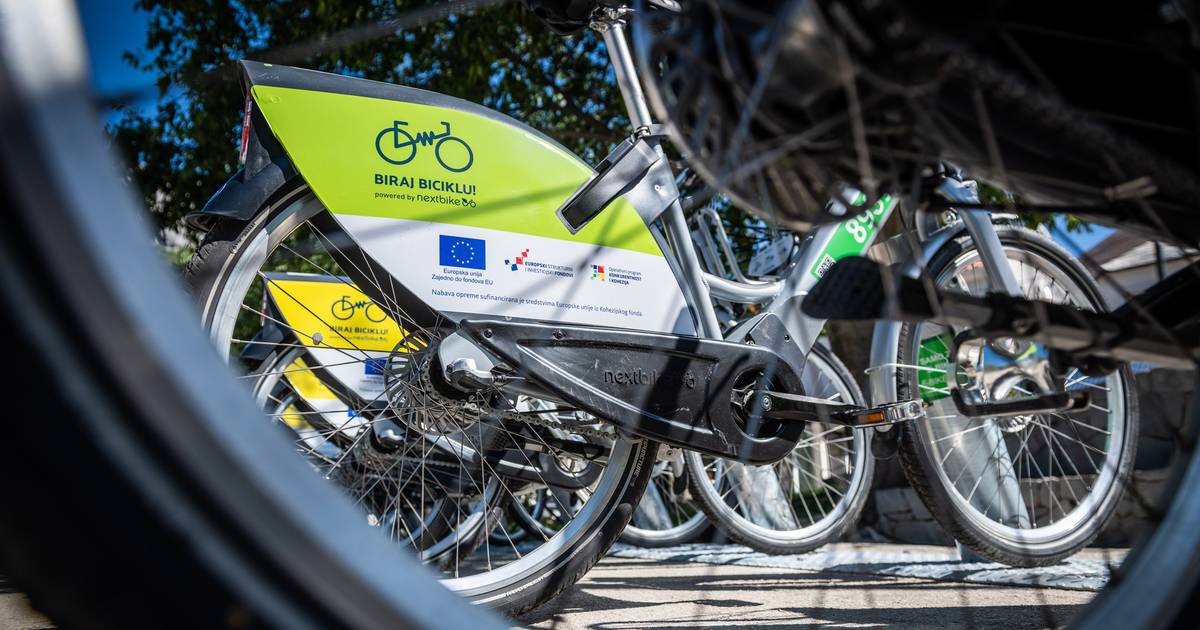 Hrvatski Telekom and the firm System of Public Bicycles, in collaboration with the City of Split, unveiled the Klis public bicycle system, which was installed as part of the EU project “Choose a bicycle!” and cost HRK 13.6 million.

“Choose a bicycle!” is a project. It is being implemented in eight cities and municipalities within the Urban Agglomeration of Split (UAS), which also holds the record for the highest number of public bicycle users in Croatia. The public bicycle system was first established in Podstrana, then expanded to the areas of Trogir, Katela, Solin, Dugopolje, and Dicma, as well as upgraded in Split. There will be a total of 41 new terminals and 242 bicycles installed. In Klis, there are two terminals with a total of 16 bicycle stands with four electric and eight classic bicycles.

The entire cost of the project “Choose a bike!” is 13,609,435.83 kuna, with the European Union contributing 10,893,396.68 kuna from the Cohesion Fund as part of the ITU Call “Urban Mobility – Development of public bicycle systems in the urban agglomeration Split.” A study of the development potential of bicycle roads will also be prepared as a foundation document for the creation of an integrated system of bicycle roads in the area.

– Hrvatski Telekom is strategically focused on the digitalization of municipalities and the development of smart cities in order to improve the quality of life for their residents. We have extensive experience developing new and innovative ICT solutions and smart city platforms in the areas of air quality monitoring, public lighting system monitoring, urban transportation improvement, and electric vehicle charging stations, where mobility is a critical component of a healthier and better life in smart cities. We anticipate that the public bicycle system that we are jointly constructing in as many as eight Dalmatian cities and municipalities will pique the curiosity of local residents and visitors, said Marijana Bai, vice president of corporate sales and ICT services at Hrvatski Telekom.

– This initiative will procure 41 stations as well as 242 electric and traditional bicycles. By the end of the summer, we expect all eight cities and municipalities in the UAS to have completed the planned routes and installed public bicycle infrastructure, according to Vedrana Franic, head of the City of Split’s Department for International and EU Projects.

The construction of the cycling infrastructure network in the Split metropolitan agglomeration is popularizing the use of bicycles as an alternative mode of public transportation, which is a necessity for boosting citizen and visitor mobility and quality of life.

– We are glad that this project is being implemented in Klis, as it improves citizen mobility by making it more accessible, cleaner, and healthier. I am confident that the system will take off, and we will continue to look for new locations to give inhabitants with as many stations and bicycles as possible, according to Jakov Vetma, Mayor of Klis.

– Nextbike empowers towns and communities by allowing citizens to drive without fear of hazardous pollutants, reducing their reliance on automobiles. We operate Croatia’s largest sustainable mobility system, providing a contemporary, rapid, affordable, and, most importantly, healthy and sustainable way of transportation to a significant number of people. In Croatia, the Nextbike service has over 100,000 registered users, according to Ante Gustin, director of the company Sustav javnih bicikala doo, a Nextbike representative.

The annual subscription for public bicycles is 200 kuna and entitles you to unlimited 30-minute rides throughout the year. All other users will be charged 10 kuna for an electric bicycle and 5 kuna for a traditional bicycle for a half-hour ride.