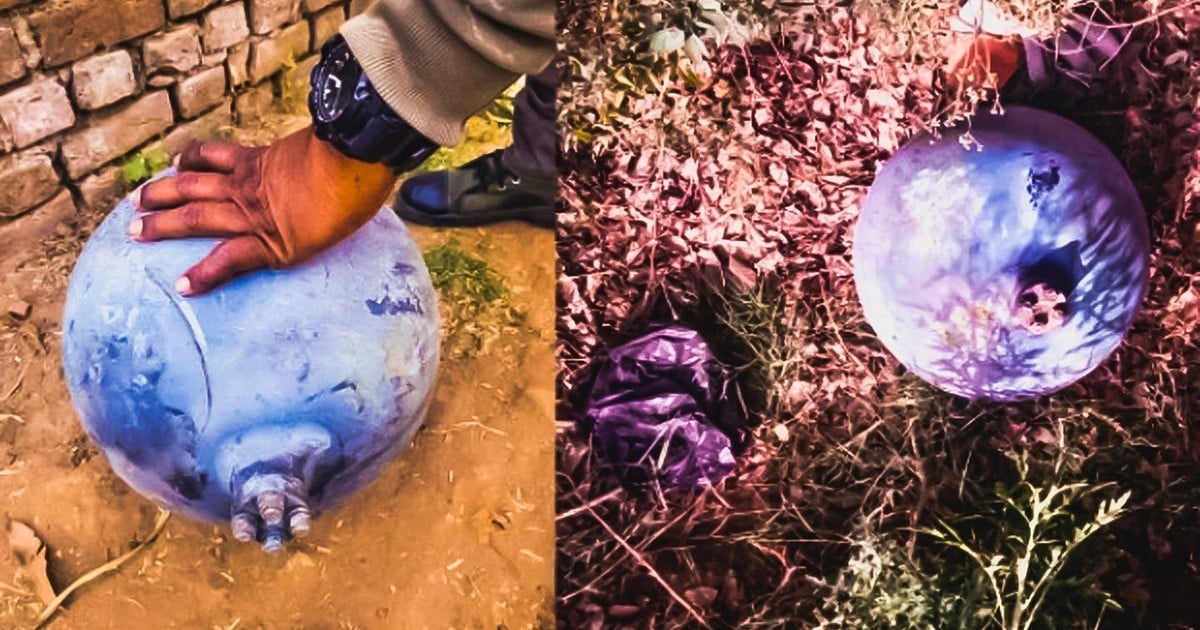 At first it was a scare: to discover four heavy spheres that are not linked to the daily use of the region. But also, the curious distribution that they presented on the field. Finally, an expert suggested that it is space debris since it coincides with the trajectory of a Chinese space rocket.

They are hollow metal spheres, although very heavy, since each one reaches 5 kilos. What is striking is what are unusual objects that fell on the state of Gujarat, a rural area of ​​India.

After the initial confusion, a group of local researchers tried to decipher the origin of these objects. Even some neighbors claimed that had fallen from the sky and that they had impacted hard on the ground.

The mystery was solved by the American astronomer Jonathan McDowellwho published a thread of tweets suggesting that these elements could be remains of the Chinese rocket that re-entered the atmosphere on that same date.

“The third stage of the Y86 series Long March 3C rocket, which launched the ZX-9B communications satellite in September 2021, has re-entered today (…) The orbital parameters are a bit uncertain due to its highly elliptical orbit with a perigee very low (approximately 100 km) that changes rapidly due to atmospheric resistance. But it seems to coincide with the re-entry over Gujarat (…) of which remains were found on the ground,” McDowell wrote in a series of tweets.

If it is confirmed that the space debris that hit Gujarat comes from a Chinese device, it would be the second time in less than two months in which remains of equipment from the Asian giant’s space agency fall in India.

According to the morning Indian Express, in early April several fragments “rained” in a rural area in western India, including a large metal ring.

On that occasion, the Indian Space Research Agency said that these elements came from a Chinese rocket, although the authorities of that country did not refer to the incident publicly.

In May 2021, NASA harshly criticized China for the runaway rocket that fell into the Indian Ocean. The United States space agency on the occasion described the authorities of the Asian giant as “irresponsible” with their space debris. Long March 5B orbited for almost 48 hours without control and caused worldwide concern.

Space debris forms a ring around our planet.

Since the space age began in the 1950s, thousands of rockets and as many satellites have been launched into orbit. On February 3 alone, SpaceX launched 49 into low Earth orbit for its Starlink service, most of which were rendered useless shortly after by a geomagnetic storm.

After six decades of the space race and more than 8,000 devices sent to the universe, this neglect has an obvious consequence: many stay there, accumulating in a floating garbage can.

Like a huge swarm, today they surround the globe about 8,500 tons of waste, partly complete satellites and partly fragments resulting from explosions and crashes, as well as parts of the rockets with which they are propelled. To them are added, in the great garbage dump that surrounds us, micrometeorites of natural origin.