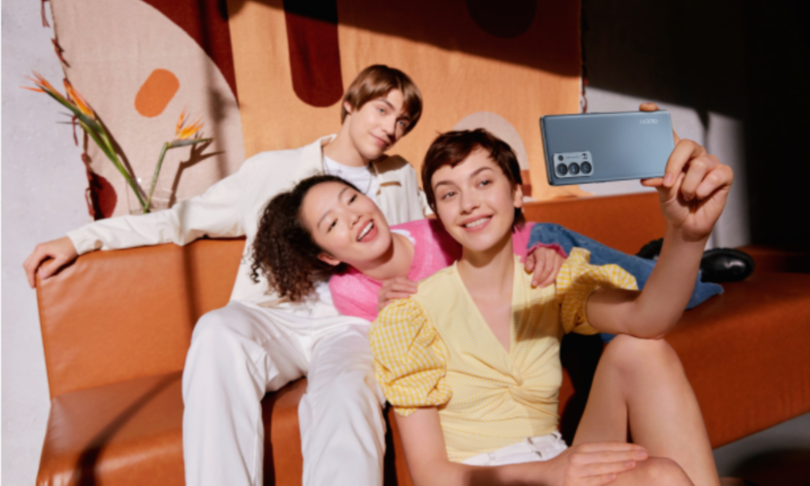 Italy has become Oppo’s gateway to Europe. With a volume growth that has few predecessors in the sector, the Chinese house has gone from 3% of market share to 13% in one year. Also thanks, of course, to Huawei’s departure from the scene, but above all a particularly aggressive marketing operation that led to it a relatively new brand on the Italian market to emerge among the big names.

Oppo – which belongs to the same Bkk conglomerate from which realme, OnePlus and vivo draw – according to GfK data, in July conquered the fourth position in Europe with a triple-digit growth – 235% – year on year and a market share at 7%.

The Italian market, says Isabella Lazzini, head of marketing at Oppo Italia, is the flagship, with a share of 13.2% which rises to 18% in the medium-high range. An important result, says Lazzini, “when you sit down to negotiate with operators and large retailers”.

After launching its challenge in the flagship sector with the Find X3 Pro, the Chinese house is aiming for the ‘belly’ of the market, that of mid-range and medium-high range smartphones for which customers are willing to spend between 350 and 600 euros. And the launch of the Reno 6 line and the Pro version in particular is a step in this direction.

A device that winks at producers of short films, like the tiktokers or the presenters of the Instagram reels and that for this reason relies on a high level photographic sector and on video effects such as the Bokeh Flare Portrai. Designed for those who, as Lazzini says, consider the smartphone “as well as an enabler, an extension of one’s personality, an extension of oneself, the object through which to tell oneself”.

“The greatest use of the smartphone is still linked to the basic functions: calls, messages and photography”He explains“ It is still a story through the creation and use of content: photos and text ”.

But it is a scenario that is rapidly changing and here those that until recently appeared to us little more than fun gadgets take on a new role: the camera that works as a microscope becomes useful for photographing a mole and showing it to the doctor. But you can measure the oximetry and enable – precisely – all those functions that, as Lazzini says, “constitute the future scenario of telemedicine and facilitate the discussion between doctor and patient “.

Once the psychological threshold of 10% of the market has been exceeded, the goal is to create that ecosystem in which others are already the masters. “We are still in a preliminary stage” admits the manager of Oppo, “we preside over the world of wearables, but surely the Internet of Things family will expand within the next few months”.

The Reno 6 range, which goes from 499 to 799 euros, is also designed for a “very design-conscious” clientele. “One of the peculiar characteristics” explains Lazzini, “is the processing of the scratch-resistant body that allows it to be used without a cover”.

Reno6 Pro 5G is the flagship of the new line-up, powered by the Qualcomm Snapdragon 870 5G platform. The Ultra Steady Video mode aims to offer maximum stabilization, even for the fastest and moving shooting scenarios, and the Ultra Dark mode allows users to create clear and bright content even in low light conditions and in night shooting.

The photographic sector it consists of a 50MP AI Quad Camera on the back and a 32MP Selfie Camera. The main camera mounts the Sony IMX766 sensor and also uses a pixel aggregation algorithm to take 108MP high-definition shots.

The batteries and SuperVOOC 2.0 charging technology allow you to recharge your smartphone in just 30 minutes. AMOLED displays have a 90Hz refresh rate and HDR10 + certification.

One thought on “Oppo’s advance in Europe passes through Italy”