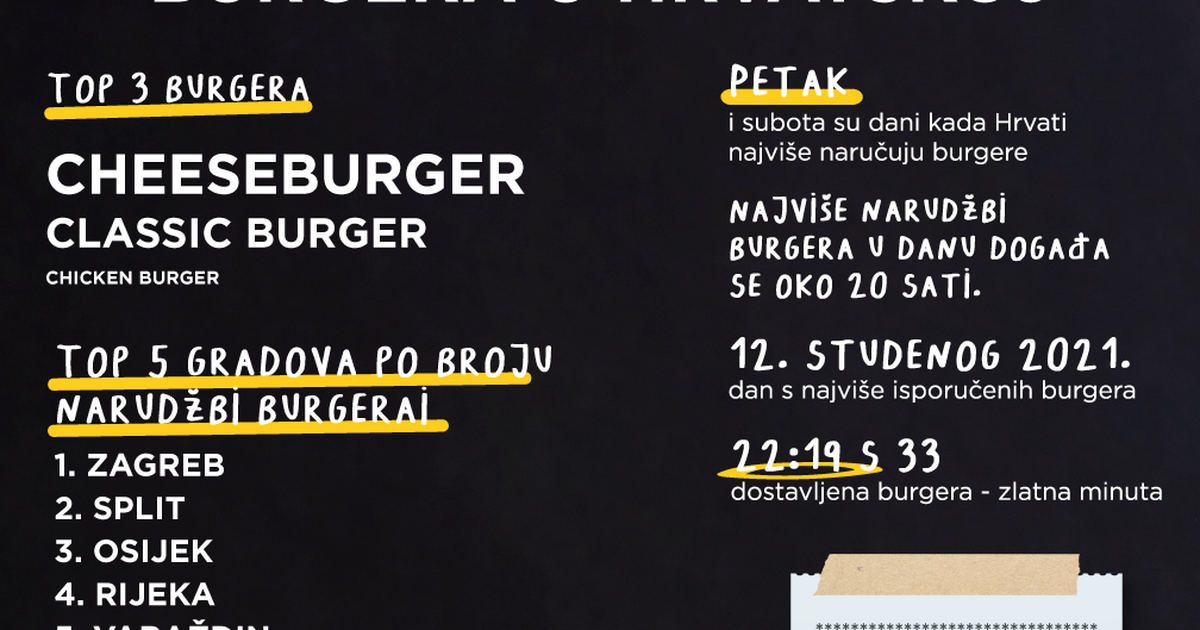 They reported this on Friday from Glove on the eve of tomorrow’s International Hamburger Day.

The International Hamburger Day is celebrated around the world on May 28, on the occasion of which some other consumption trends in Croatia are presented in Glove. In the past year, 850 thousand burgers were ordered in Zagreb.

Big fans of this food are also in Sisak, where out of all products ordered and bought through Glov in the last 12 months, as many as 34 percent were burgers, followed by Velika Gorica, Varaždin, Rijeka and Karlovac.

The cheeseburger, classic burger and chicken burger are mostly ordered in Croatia, and burgers are most often ordered on Fridays and Saturdays, from 8 pm to 9 pm.

As an interesting fact about ordering this obviously popular fast food, Glovo states that the most expensive order was a few days before Christmas 2021, more precisely on December 20, when 30 hamburgers were ordered in Zagreb for around 1,600 kuna.

Glovo is a global platform, ie. an application for the delivery of several product categories, which was founded as a startup in 2015 in Barcelona, ​​and today operates in southern and eastern Europe, the Middle East and Africa.

In Croatia, they started operating in 2019 in Zagreb, after which they expanded their business to more than ten cities.