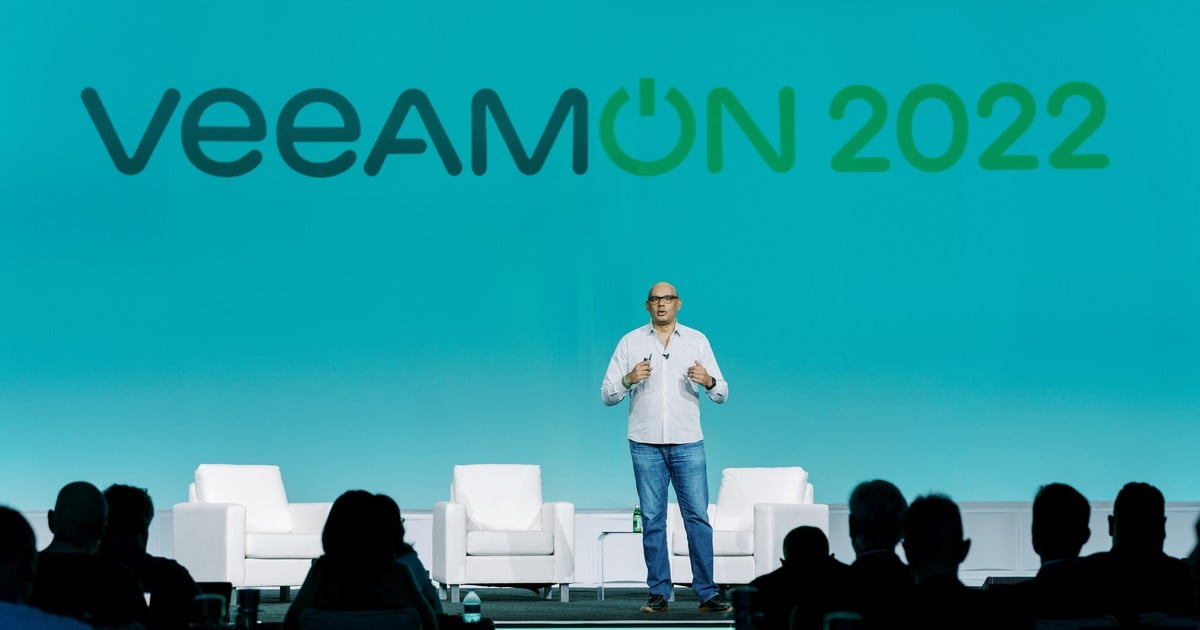 By now everyone knows that it is a software that restricts access to certain parts or files of an operating system that it has infected. And that he who sent it asks for a payment in exchange for removing this restriction. But little is known that there are organizations capable of rescuing that information, and that they make up a millionaire business.

The problem is huge. Nearly eight out of ten companies reported experiencing at least one ransomware attack in the past 12 months. Namely, they took or tried to take virtually any of their data, or paralyzed their operations and demanded ransom (usually in some cryptocurrency) to release that information.

But just as the attacks multiply day after day, the industry is also beginning to respond and rise to the occasion.

“For companies, the most important thing is to be in control. Control of backup copies, with the rule 3, 2, 1, 1, 0. What does this mean? It establishes that there must always be at least three copies of the data, on at least two different types of media, at least one on external media and one offline, with zero unverified or failed backups,” he tells Clarion Rick Vanover, Senior Director of Product Strategy at Veeam, the data backup, recovery and management company.

He did so at the annual meeting of the firm with clients, suppliers and the VeeamOn 2022 press, in the city of Las Vegas.

At the event More than 2,000 people from different parts of the world attended and another 43,000 followed it online, from their homes or offices. Last year the company invoiced 1,200 million dollars for the backup service it provides.

These types of companies act in parallel with the most classic computer security companies such as Avast, Kaspersky or Eset, who seek to anticipate attacks. Data backup and recovery companies They act when the catastrophe is complete and their mission is to “lift” the service of your client in minutes via the backups they have.

Ransomware Trends Report 2022 from Veeam which was presented at this meeting, revealed the results of an independent research firm that surveyed the managers of 1,000 companies that had been successfully attacked by ransomware at least once in the last 12 months, making it one of the the largest reports of its kind.

Of the organizations surveyed, the majority (76%) paid the ransom to end an attack and recover their data. Unfortunately, while 52% paid the ransom and were able to get their data back, the 24% who paid the ransom could not get them back, resulting in a 1 in 3 chance that, even if the ransom is paid, there will be no recovery of data once lost.

“Today they no longer attack a specific company. These are artificial intelligence algorithms programmed to attack everyone and everything, playing a game of blind numbers to capture as much as they can,” Vanover warns.

A stop in the talks that took place at the Aria hotel in Las Vegas.

Other keys is encryption. The experts agreed at the meeting that the ideal is for all backups, both in the cloud and on disk, to be encrypted, but in companies that handle huge volumes of data, this type of technology greatly increases costs because more space is needed.

The specialists also pointed out that most people already know how ransomware works and take some care when opening an email from a stranger or clicking on a tempting link. But, in turn, ransomware is also evolving and mutating its techniques.

Also central is a company’s ability to remediate the damage of an attack once it has occurred. The survey found that 94% of attackers attempted to destroy backup repositoriesand in 72% of cases this strategy was at least partially successful.

“The important thing here is that if you were hacked and you are out of service, you can get the systems up and running in the least amount of minutes possible thanks to the backups you have. And you can have backups in the cloud or physically, there is also the issue of whether you have branches. Each company is different”, assures the envoy to Las Vegas from the technical department of an Argentine company.

Veeam has clients such as Volkswagen, Frávega, Metro Gas, among others. But it is not the only one that offers this type of data backup service. In the market it competes with Veritas, Rubrik and CommVault Systems, among others.

“We are your last line of defense so you can keep your data, whether your problem was caused by ransomware or human error. For any company to be out of operations for 10 minutes is a huge loss. These are minutes that you don’t bill”, he tells Clarion the Argentinean Tomás Dacoba, Director of Marketing for Latin America and the Caribbean of Veeam.

Veeam has about 4,300 employees worldwide. About 200 of them are in the region, most of them in Argentina. The hub in Argentina serves the entire southern cone and northern Latin America, except for Mexico and Brazil.

“Today the country is highly competitive. The technical talent of Argentine engineers, many bilingual or trilingual, is highly valued in the region. And the cost of labor, compared to Colombia, Mexico or Brazil, today you have a great advantage”, he explains to Clarion Dacoba.