What we buy when we choose a smartphone 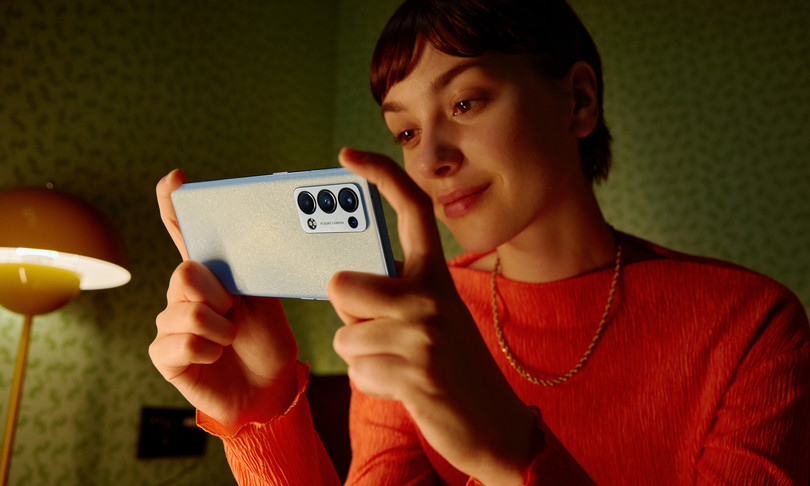 – Every year, when he publishes a new edition of the Zingarelli, Zanichelli decides which new words should enter his vocabulary. But also which ones should come out. These are mostly words that no one will miss, so obsolete that they have not appeared in any text for decades. You hate objects and tools that have long since disappeared from common use–

There are words that will remain for a long time due to the fascination they exert, but which refer to objects that, while maintaining the same function, they have evolved so much that they can no longer have the same name– Let’s take the gramophone. Appeared for the first time in 1908, the word was used to define the instrument that was used to listen to sounds coming from a recorded disc. Now that vinyl is back in fashion, no one would call a turntable a “gramophone”, even if the purpose is always the same: the reproduction of sounds. And how many in ten or twenty years they will still call a smartphone a phone?

If you look at the offers of the telephone companies, it is immediately obvious that having unlimited voice traffic and text messages is almost taken for granted, while the real challenge is played on the field of data traffic– In this, Italy is an exception both in Europe and compared to the United States: shovelfuls of jig are given away for 10 euros because Italians have found themselves big fans of social media and streaming users in a country where broadband coverage on landline is still too limited.

But how long do we still talk on the phone? Teenagers – and, alas, not only them – exchange endless voice messages that they do not admit the contradictory in real time– None of them call the cell phone anymore, both because it is a word relegated to the 90s and because it is not a small telephone, but a completely new tool compared to the one that entered our lives forcefully thirty years ago.

But one thing has not changed: today as then it serves to tell and tell about oneself– “The greater use of the smartphone is still linked to the basic functions: calls, messages and photography” says Isabella Lazzini, Oppo Italia’s head of marketing “It is still a story through the creation and use of content: photos and text”.

But it is a scenario that is rapidly changing, as the troubled history of the green pass demonstrates. Showing the green certificate – and in fact having access to social life – is easier if you have a smartphone and it is easier to get the green pass if you use the Spid, the digital identity to obtain which it is practically essential to have a smartphone – The same goes for purchases, remote control of home security or car air conditioning. Nothing to do with a chat on the phone.

“It is a new concept that is spreading” says Lindoro Ettore Patriarca, marketing director of vivo Italia “something that has already been functioning for some time, but has recently become a shared idea: that of the smartphone as an enabler”. No longer a device, but a gateway to functions of all kinds, from the organization of holidays to medical consultation. And here it is those that until recently appeared to us little more than fun gadgets take on a new role: the camera that works as a microscope becomes useful for photographing a mole and showing it to the doctor. But oximetry can be measured and enabled – precisely – all those functions which, as Lazzini says, “constitute the future scenario of telemedicine and facilitate discussion between doctor and patient”.

The problem, at this point, is the democratization of technology– That is, to make available to the public – to the whole public – those tools that not only make life easier today, but will be indispensable tomorrow. One of the most useful and least discussed technologies is NFC (Near Field Communication) which, to cite just one example, is the one that allows us to pay with the smartphone, but tomorrow it could allow us to enter the company without looking for the badge in the bag. or at the cinema without opening an app to show the green pass. NFC is not present in all phones and this is already a limitation in the process of democratization of technologies. A process that is leading to the exponential development of the mid.range of smartphones, those that are between 350 and 600 euros and which constitute “the belly of the market”, as Lazzini defines it.

“We are in a phase in which doing research and development for a smartphone manufacturer does not only mean thinking about how to become independent from chip suppliers” explains Patriarca, “but being able to make the best technology available to the customer at the most competitive price. On the one hand, service enabler, on the other, technology aggregator “.

This is how we explain, for example, the nostalgia operation that led to the new edition of the iPhone SE, almost a year and a half ago now. Apple had to create a mid.range product without it appearing that it was embracing the price.lowering policy dear to Chinese manufacturers.

That of mid.range has long been the battleground of the smartphone market– A bit like what happens in the automotive world: solutions are developed for Formula 1 and then adopted for family sedans. The flagship technologies (as high.end smartphones are called, i.e. those between 800 and 1,200 euros) of today will be adopted in the mid.range models tomorrow (literally because often six months are enough for the transition).

And if the show – with the deployment of gadgets – is all for the flagships, it is in the mid.range that the efforts of the companies are concentrated, as demonstrated by the debut of the Reno 6 by Oppo and the strategy of vivo, which arrived in Italy less than one year. Both companies have drawn heavily – both in terms of market and management – from the chasm left by the collapse of Huawei and both have learned, as Patriarca says, that “credibility is created in the mid.range, and then rises again”.

Vivo’s goal is “to offer balanced performance, be adaptable to different realities and become a value range three years from now” and the first steps have actually been moved in the right direction: the X60 Pro, presented as an official smartphone of the European football championships, has some interesting innovations such as the almost perfect stabilization of the camera, one of those evolutions that seem negligible gadgets but are destined for applications to come. AND a high.end phone available at a reasonable price (even if not from the mid.range) which perfectly embodies the idea with which it was born: being an enabler. Excellent hardware, therefore, but software that can be improved in some aspects. Nothing that cannot be corrected and that still serves to create that famous credibility that is needed in the mid.range.

Oppo – which also belongs to the same BBK conglomerate from which realme, OnePlus for research and development draws – has been the forerunner and according to GfK data has conquered the fourth position in Europe in July with triple.digit growth – 235% – year year.on.year and a market share of 7%. The Italian market, says Lazzini, is the flagship, with a share of 13.2% which rises to 18% in the medium.high range. An important result if you consider that a year ago it stood at 3%. “Even more important” adds Lazzini, “when you sit down to negotiate with operators and large retailers”.

Exceeded the psychological threshold of 10% of the market, the goal is to create that ecosystem in which others are already masters: Xiaomi above all. “We are still in a preliminary stage” admits the manager of Oppo, “we preside over the world of wearables, but surely the Internet of Things family will expand within the next few months”.

Meanwhile, Oppo pulls another ace out of its sleeve for the ‘belly’ of the market: the Reno 6 Pro 5G, designed for those who, as Lazzini says, consider the smartphone “as well as an enabler, an extension of their personality, an extension of themselves , the object through which to tell oneself “. It is no coincidence that the strong point is the photographic sector, with the Bokeh Flare Portrait Video effect designed for young storytellers who use video portraits to tell their stories“. In a nutshell, TikTok mini.videos and Instagram reels. A profusion of artificial intelligence powered by a dataset of over 10 million portraits and by algorithms for ambient light correction and stabilization. Everything to tell and tell. With all due respect to a chat on the phone.