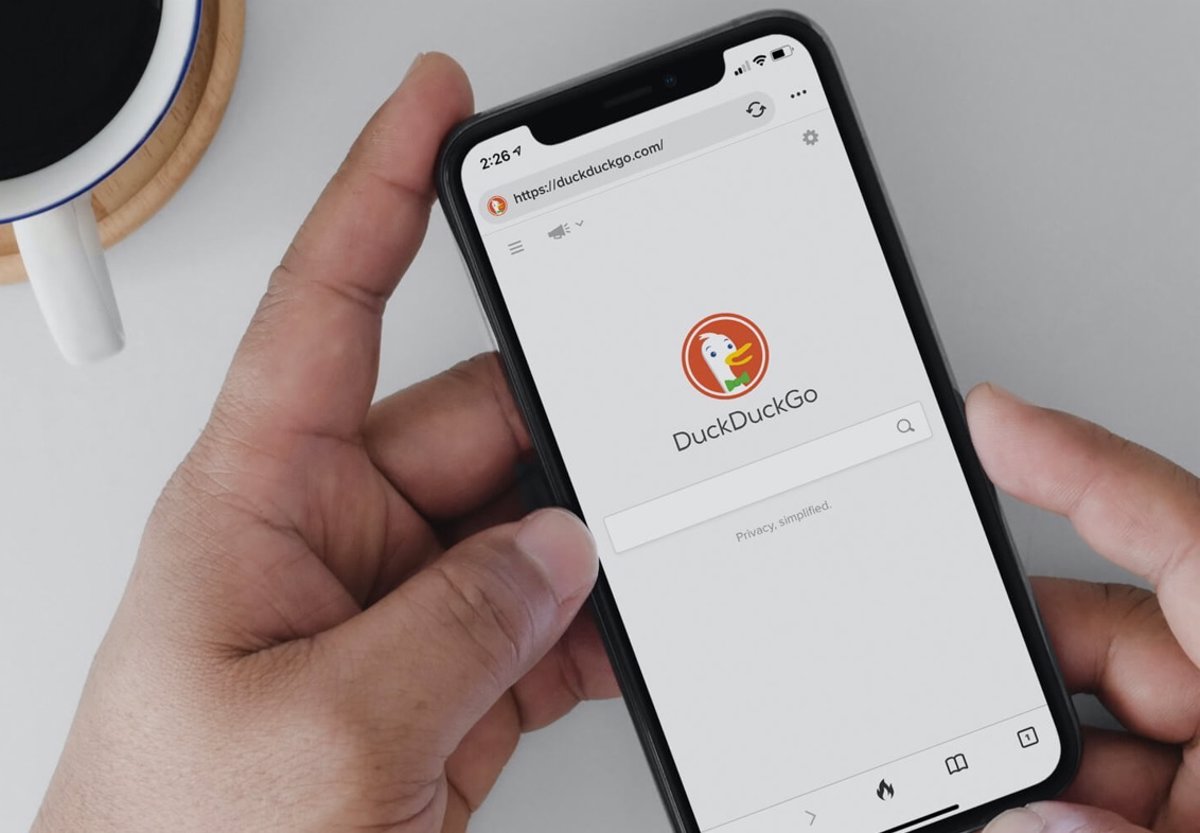 DuckDuckGo has been associated with privacy since its inception. However, the cybersecurity expert Jacob Edwards shared last week through his profile Twitter a thread explaining that DuckDuckGo’s browser for both mobile ecosystems is unable to block some Microsoft trackers.

Information that contrasts with the description of the browser in the App Store and Google Play, in which the company responsible for the browser ensures that its ‘Tracker Radar’ tool “automatically blocks third-party trackers lurking on websites” that the user visits.

Sometimes you find something so disturbing during an audit, you’ve gotta check/recheck because you assume that *something* must be broken in the test.

Subsequently, and in response to the uproar caused by the Edwards investigation, the CEO of DuckDuckGo, Gabriel Weinberg, has acknowledged the news and explained that it is due to a “search syndication agreement” signed with Microsoft.

When you load our search results, you are completely anonymous, including ads. For ads, we worked with Microsoft to make ad clicks protected. From our public ads page https://t.co/KHpWJ8LIV5, “Microsoft Advertising does not associate your ad-click behavior with a user profile.”

Weinberg says that DuckDuckGo generally prohibits third-party cookies. However, the agreement with Microsoft prevents the browser from completely limiting that some of its scripts are uploaded to third-party websites such as Workplace.

The enterprise-wide social network owned by Facebook appears in the example shared by Edwards. According to this expert, DuckDuckGo’s browser on iOS and Android was unable to block data transfer to LinkedIn and Bing ads while accessing the Workplace website.

Although DuckDuckGo claims to prevent Facebook tracking when entering Workplace, the data collected by the browser shows that it does not block the flow of data to the advertising domains of LinkedIn and Bing, owned by Microsoft.

DuckDuckGo’s partnership with the Redmond company imposes “a distribution requirement,” part of the search syndication agreement, that “helps them privately use some Bing results to provide better private search results overall,” according to Weinberg detailed in a Reddit post.

By this arrangement, most “traditional” links and images come from Bing. This is because, according to Weinberg, only two companies in the world have a global web link index of “high quality”: Microsoft y Google.

The main reason for this is its cost, which is estimated at more than 1,000 million dollars a year. Therefore, the rest of the search engines are obliged to use the services of one or the other. And something similar happens with mapping services, since not all companies can launch their satellites into space and map the streets.

Weinberg recognizes in the same way that DuckDuckGo “it’s not perfect and it never will be”. In addition, he adds that no one can offer “100 percent” protection. However, it claims to be working with Microsoft to “reduce or remove the limiting restriction” and to update the browser’s description in both the App Store and Google Play so that its users are aware of it.

DUCKDUCKGO AND HIS CRUSADE AGAINST GOOGLE