The women of the Stone Age were powerful 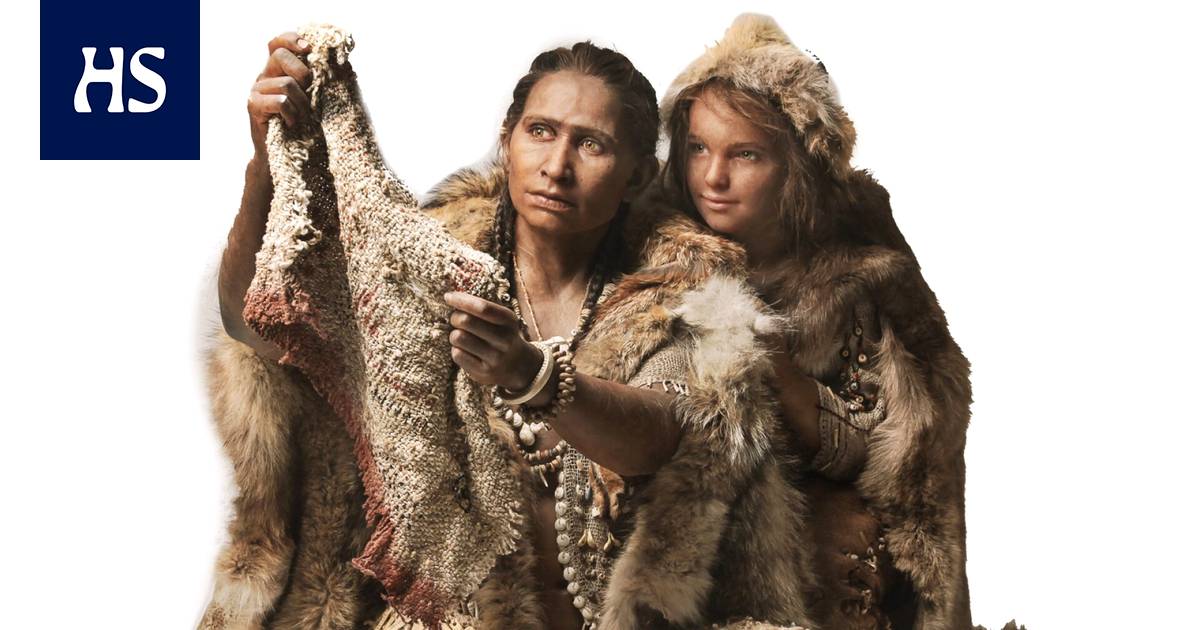 Prehistoric scholars’ established perceptions of a helpless woman hiding behind a hunter’s back have changed dramatically.

Stone Age the hunter’s well-preserved skeleton was found in France in 1872. Eventually, it revolutionized views of our ancestral communities.

The skeleton eventually ended up in Paris at the Musée de l’Homme, one of the most prestigious anthropological museums in the world. It presents the evolutionary curve of man from the early twilight of history to the present day.

A strong-built hunter was defined as the leader of his ancient community because weapons, hunting equipment, and signs of power were found next to the skeleton.

The skeleton reinforced the notion of researchers of prehistoric man that Stone Age men were responsible for the livelihood and survival of their community. This was stated by an archaeologist at the French Museum of Natural History Marylene Patou Mathis Wetaon the channel.

In the pipeline however, it was a surprise.

In 1995, then Director of Research at the CNRS, a French state scientific research institute Marie Antoinette de Lumley began to look at the skeleton in more detail. He is a world-renowned expert in paleontological archeology.

De Lumley immediately noticed that the hip bones of the strong skeleton were obviously a woman’s.

The whole previous chain of conclusions was embarrassed for the researchers. Indeed, a strong and significant hunter for his community represented a gender that prehistoric scholars had not given much value to until then.

“It may come as a surprise that the roles of men and women were not well defined.”

Parisian the gender review of the museum’s skeleton served as one starting point for a change in thought patterns.

The discovery has drastically corrected the traditional notions of prehistoric scholars about the daily division of labor and power structures in European Stone Age communities. The change has been seen in the last two decades.

The traditional assumption was that the ancient man was a hunter and leader who ran on steppes and moors and spear mammoths. Part of the woman was to give birth and hide at home behind the man’s wide back.

Above all, the dichotomy reflects the worldview of early researchers, says Professor of Prehistory at the French University of Lyon III in Jean-Moulin. Sophia of Beaune. He is one of the leading researchers in his field.

When scientific prehistory research began less than two hundred years ago, virtually all of the pioneers in the field were men.

“In 19th-century European society, men played a key role in all economically and socially significant roles. So, of course, male researchers assumed that this was the case in the Stone Age community, ”says de Beaune.

Gradually early research attitudes condensed into basic truths in science that have not been much questioned since.

According to the view, men of prehistoric times hunted, adventured, invented and developed, painted and created. Researchers of everyday life for women did little to offer a view.

“Prehistory has long been written from the perspective of depicting women – insofar as they are mentioned at all – as helpless fearful creatures protected by strong hunters,” de Beaune writes in an article published in the fall. Lady Sapiens in the preface to.

The work breaks the stereotypical portrait of a prehistoric woman. Written by a trio of French scholars and writers, Lady Sapiens provides a comprehensive summary of how a new generation of prehistoric scholars is currently unraveling the myth of the Stone Age dichotomy among hunters and birthwomen.

This late Paleolithic period was crucial for the early development of modern European man. In the beginning, modern man, Homo sapiens sapiensarrived in Europe and displaced the Neanderthals who inhabited the continent.

During this Stone Age period, humans developed versatile tools from stone and bone to hunting, fishing, and handling prey.

When current prehistoricists have begun to take more interest in the role of women in the communities of that time, and the simplistic perception of the division of roles between men and women has changed rapidly, de Beaune writes.

“It may come as a surprise that the roles of men and women were not well defined, and that there was close co-operation and division of responsibilities between all members of the community or group, regardless of gender or age. It guaranteed their survival, ”says de Beaune The Guardian in the newspaper.

From Beaune on specializes in researching the essence of early modern man on the basis of skeletal and DNA research, clothing found in graves, necessities, and jewelry.

According to him, prehistoric historians have underestimated the importance of small game hunting. They are focused on looking for evidence of how hunters dumped mammoths and large predators.

The role of women, especially in small game hunting, may have been significant, she concludes from a new interpretation of the grave finds.

Also anthropologists Mark Dyble concluded in 2015 that in the early modern hunter-gatherer communities, there was broad gender equality in roles and responsibilities.

Dyble compares the lifestyles of two current hunter-gatherer tribes in the Congo and the Philippines Sciencemagazine. Drybler led a team of researchers at University College London

In other words, the invisible has risen to prominence, sums up the authors of Lady Sapiens.

They are a writer and a film producer Thomas Cirotteauan archaeologist specializing in prehistoric tomb finds Jennifer Kerner and the historian Eric Pincas.

Their summary is The Guardian according to that the women of the late Paleolithic era were hunters, fishermen, warriors, and artists where men were.

Archaeological excavations of work and hunting equipment, valuables, and signs of power found in women’s graves suggest that the woman may have been a significant influencer.

This was already shown by the skeleton of the Musée de l’Homme, although its merits were originally recorded in the man’s name.

The new picture of the power of the Stone Age is not based on a philosophical value debate but on the utilization of existing archaeological methods, the researchers who published Lady Sapiens emphasize.

Bones, archeological finds and cave art can be studied much more closely than before. Therefore, the history of the customs and behavior of women in the late Stone Age can be rewritten.

Key The reason for the Stone Age woman to stay close at home has been used to the fact that her life was governed by several pregnancies.

Recent measurements of calcium, carbon, and strontium in skeletons, however, suggest that a woman breastfed her child up to about four years of age in the late Stone Age. It impairs fertility. It probably meant that there could have been a break of several years between pregnancies.

This is the opinion of the current research director of the French State Scientific Research Institute, CNRS Vincent Balter.

If each child continued breastfeeding for 2-3 years and the woman first gave birth at about the age of 14, she gave birth to a maximum of 5-6 children, Balter calculates.

It left considerable time for more than just giving birth.

Stone Age something about the appearance of women has been known so far – or at least thought.

The earliest finds of man in the late Paleolithic period are palm-sized female figures.

For Venus sculptures said mini-statues made of bone or soft stone present, with a few exceptions, a wide-legged, large-breasted, and shouldered woman with a large belly and buttocks.

Researchers have taken it for granted that the sculptures were made by men.

In their view, the shapes of the sculptures suggest that the women did them to advise each other to outline the stages of pregnancy.

Hodge McCoid and McDermott wonder why it has taken so long at all to come up with an interpretation like this. The first Venus sculpture was discovered as early as 1864.

In France, nine authoritative prehistoric scholars criticized the authors of Lady Sapiens in the opinion paper Le Monde in October 2021.

The authors of the work ignore all the factors that might make it possible or likely to judge that the men led the Late Stone Age communities.

Cirotteau, who led the Lady Sapiens group, rejects the criticism.

He points out that the researchers do not intend to portray the Stone Age woman as a super performer. The aim was to broaden the understanding of what a woman might be in her community and what opportunities and responsibilities she had.

Read more: Women in Neanderthal could move more from one community to another than men suggest, a recent DNA survey suggests

Corrigendum on June 1 at 9:30 a.m .: There was a Citation Error in the text. Breastfeeding impairs fertility, not pregnancy.