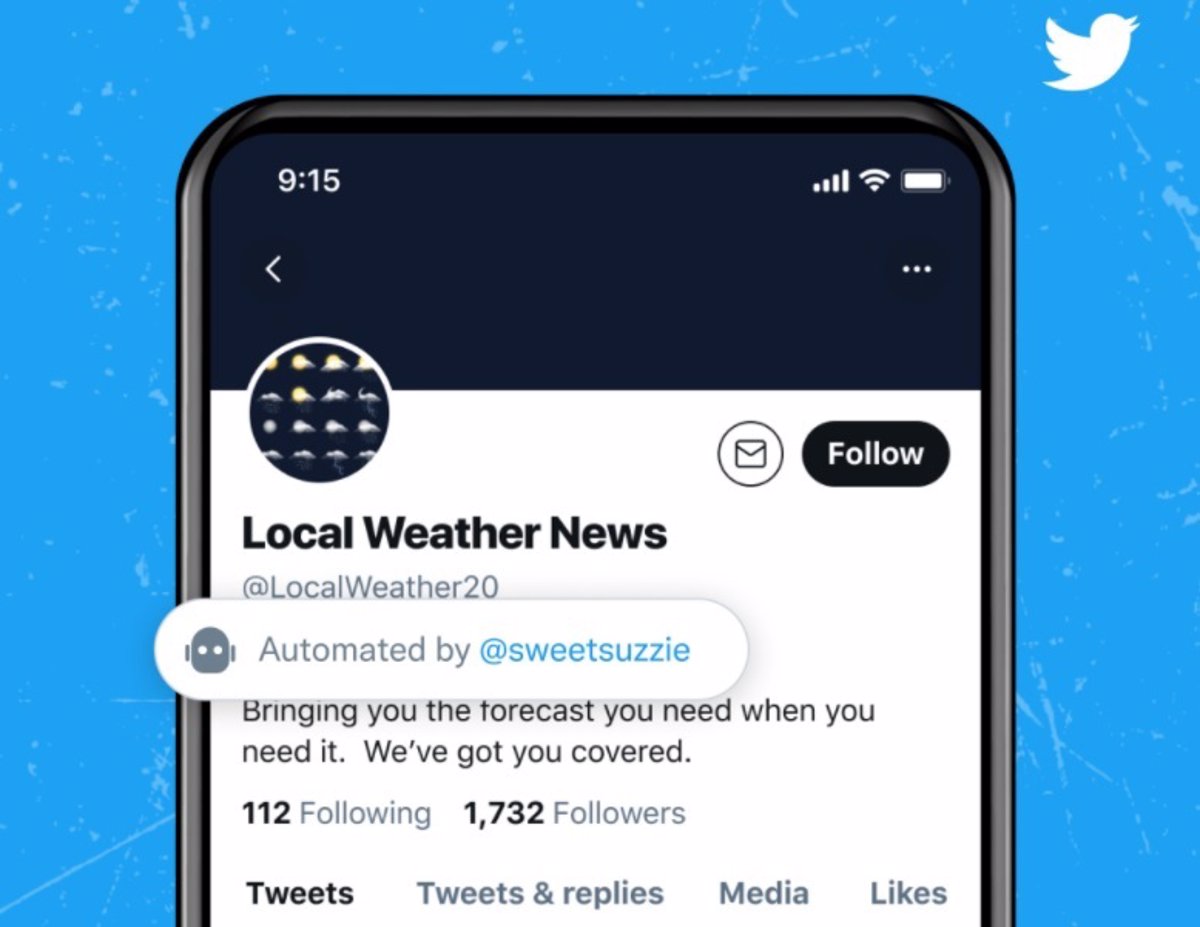 Twitter has incorporated to the social network the tags that identify the automated accounts that are useful for users, in order to provide more context about who they are actually interacting with.

The company reported in May of the new measures it was going to implement to verify the identity of the accounts that intervene in the public conversation and offer additional information about them, and which included the ‘bots’, or automated accounts, that are useful for the users.

These accounts, which Twitter has referred to as “good bots” on your Support profile, have begun to identify themselves with a label, in which it is seen a gray robot icon, the word “automated” and who runs it–

The label is displayed both in the account profile and in the publications that you share, so it is always clear that this is automated content.

At the moment, and as they explain from Twitter, it is about a test who have started with a few accounts, but the ability to add that tag will be available soon.

What’s a bot and what’s not? We’re making it easier to identify #GoodBots and their automated Tweets with new labels.Starting today, we’re testing these labels to give you more context about who you’re interacting with on Twitter. pic.twitter.com/gnN5jVU3pp