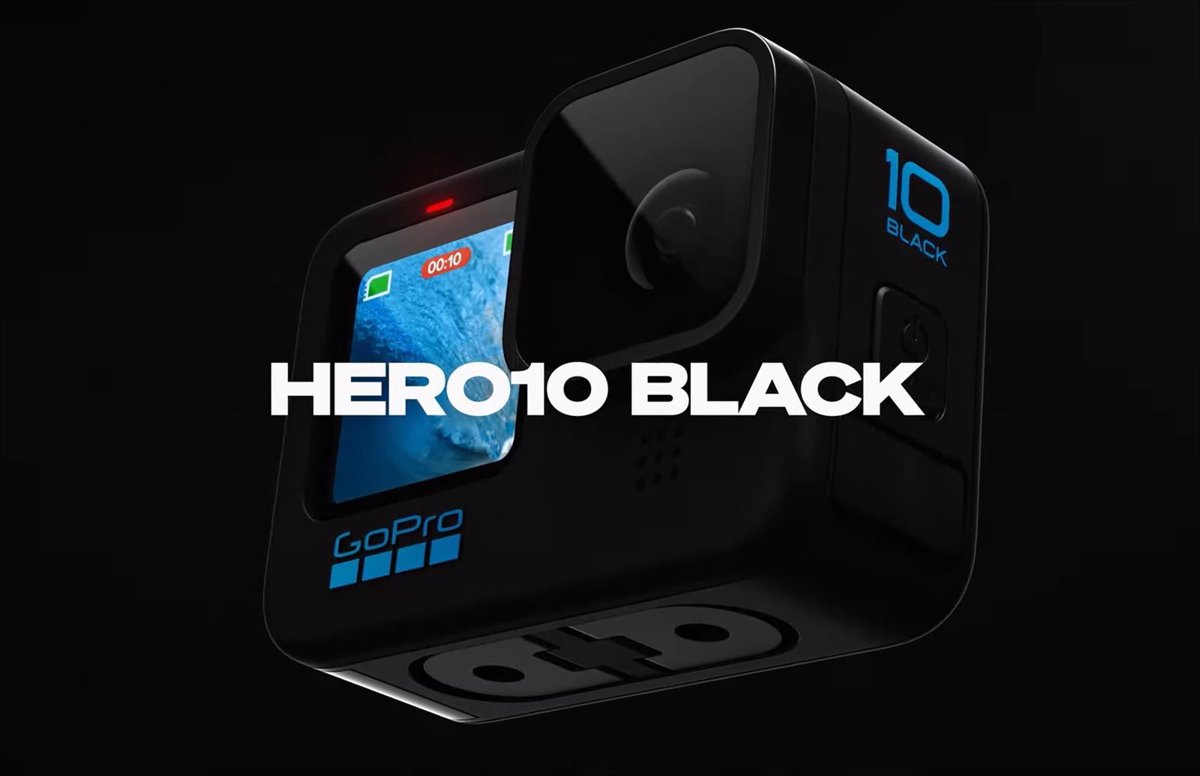 GoPro has presented its new action camera, Hero 10 Black, which launches a processor to enable higher frame rates and new resolutions up to 60 frames per second (fps) at 5.3K.

The camera integrates the new G2 processor, a change from the G1, which has been running the brand’s cameras since Hero 6 Black. With it, both new resolution options and higher capture speeds are enabled.

It includes HyperSmooth 4.0 for image stabilization with different adjustment options that can be modified before recording, and automatic uploading of captures to the cloud. It is also, waterproof up to 33 meters deep, and has a coating on the lens glass that prevents drops from remaining on the surface.

This camera maintains the design of previous models, weighs 153 grams and integrates three microphones, one 1,720mAh battery, two LCD screens (front 1.4 inches and rear 2.27 inches), GPS and MicroSD card slot. It has a price of 499.99 euros.