Doctors with red noses drive away fear and stress: The hospital is a more beautiful place with laughter and joy 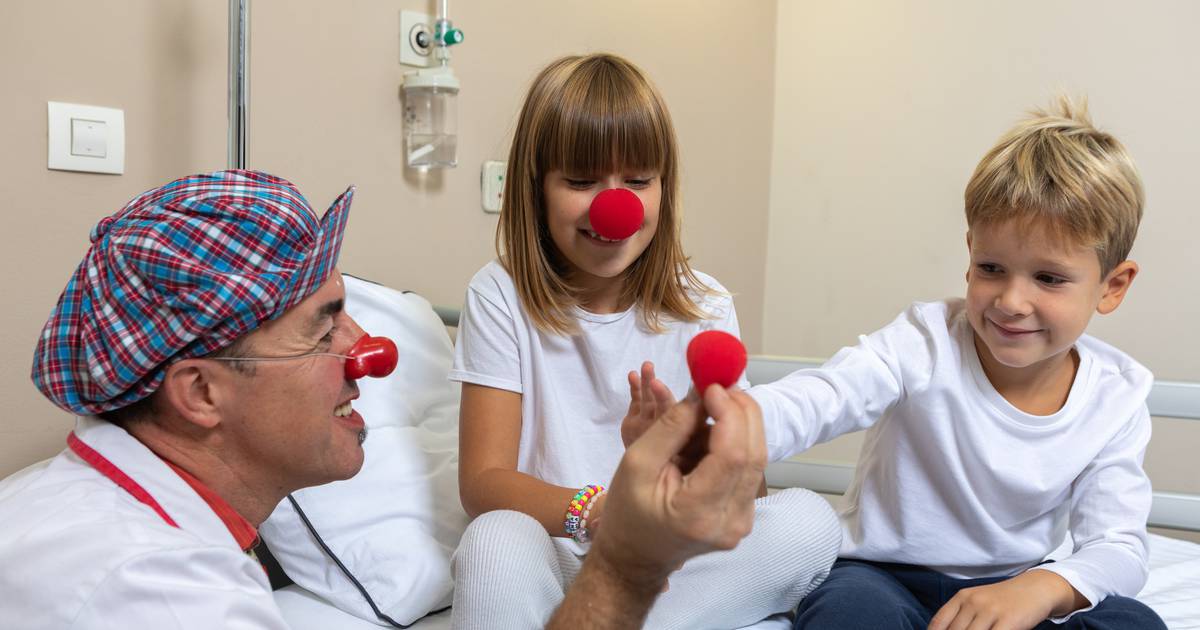 RED NOSES clown doctors they are well-known friends in the children’s wards of hospitals where they dispel sadness and stress and encourage young patients and their parents with large doses of laughter.

Each clown doctor has his own name and costume by which he is recognizable. However, they are completely different from the first thought of the character of a clown. Clown doctors use subtle make-up while retaining their human characteristics using only the smallest mask in the world, the red nose. It is a symbol of empathy, playfulness and social sensitivity, all that makes a clown doctor.

In his visits to the children on treatment they always come in pairs, to make them laugh and create positive experiences and memories of the hospital environment. RED NOSES clown doctors encounter various situations on a daily basis in which they see how life is a web of beautiful stories and events that arise for a reason, even when it is difficult. It is their mission, with the help of the art of professional clowning, humor and laughter, to give people in difficult and crisis situations a sense of joy, happiness and optimism.

Regular meetings with children and their parents in hospitals throughout Croatia bring many stories, which are sometimes intertwined, because clown doctors carry out several programs and were active even during the pandemic. A few years ago, Željka became a mother of two children and at that time she had no idea that one day she would meet clown doctors.

– At the beginning of the epidemic, in moments of fear and uncertainty, we began to follow the work of clown doctors who found ways to virtually reach everyone who needed it. We followed their live broadcasts, where they brought a smile to the children’s faces. And believe me, it helped. To my children it is. We were looking forward to each new report – said Željka.

The pandemic calmed down, and clown shoes stepped back into the hallways of hospitals in search of children’s laughter and joy. This time the meeting with the clouddoctors took place live.

– We were in the hospital for an examination and we met clown doctors. Finally, live. I can’t describe that happiness to you! Together they spun, sang, danced and performed tricks. There was no end to the enthusiasm – Željka continued.

That’s why in the hallways clown doctors also come to the rooms of the children’s wards of hospitals. The change of atmosphere, the play and the joy they bring with them, but also the one that remains behind them. RED NOSES Clown doctors are well-known friends that children, parents and medical staff can always rely on when it’s hardest.

In their 12 years of existence, they have brought a smile to the 250,000 faces of children, the elderly and those most in need, thanks to their donors who support them. You can also support them at www.crveninosovi.hr.

One thought on “Doctors with red noses drive away fear and stress: The hospital is a more beautiful place with laughter and joy”