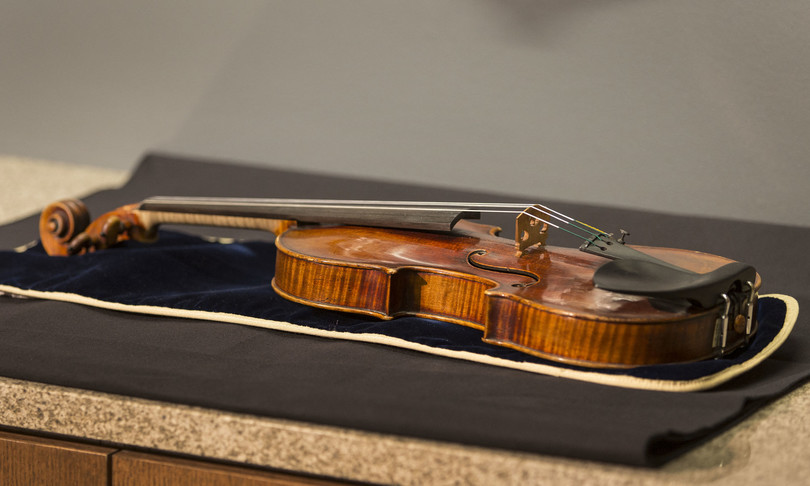 The authenticity of stringed musical instruments could be confirmed or denied by theanalysis of rings in wood with which they were made. This was suggested by a study, published in the journal Science, conducted by scientists from the Swiss Federal Institute for Forest, Snow and Landscape Research and the University of British Columbia, who have developed an innovative method for authenticating ancient violins and bows.

The team, led by Paolo Cherubini, used a dendrochronology technique, a non.destructive method, exploiting the analysis of the rings present on the material used. String instruments, especially those created by luthiers of northern Italy in the 17th and 18th centuries, explain the authors, are among the most appreciated works of art in the world.

Examples of this are the examples made by the Stradivari family, considered superior in tonal quality and a series of characteristics that have made them the first choice for many musicians for years. The authenticity of the bows, however, can be complicated to verify, as style and design are subject to forgeries and reproductions.

Cherubini’s team suggests that dendrochronology could be extremely useful for establishing the age of objects by evaluating the growth rings observable on the wood of stringed instruments.

Unlike carbon dating and isotope analysis, the author points out, this method is not destructive, but it still constitutes an objective technique to provide an estimate of the date of manufacture of the instrument. The scientist points out that this evaluation also has limitations, because it allows to obtain an assumption of the period of creation, rather than a precise date.

“Dendrochronology – affirms Cherubini – allows an objective verification of the date attributions made on the basis of the history of art and stylistic criteria. It is a distinctive, non.destructive and scientifically valid analytical technique if correctly applied, but does not provide exact indications at the moment. in which the work was carried out “.