Apps, mechanical instruments and satellites. How is the weather measured? 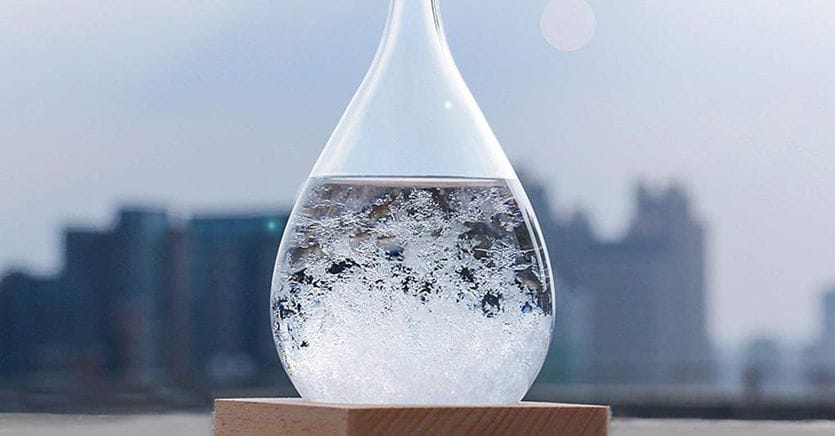 The weather forecast is sometimes a real obsession, in some cases an ancient gesture on a dial or a quick glance at a smartphone app. According to a sample survey by Bva.Doxa for two out of three people it is a “daily task, while 96% admit to inquiring about the weather conditions at least once a week and for about 20% it is almost a tic.

For many it is certainly the first essential daily appointment, for very few the proven proof that the unexpected belongs to the nature of things. In any case, meteorology is now able to predict, not with certainty, but with a certain probability, what the weather will do in a certain area and time interval. The longer the forecast time, the lower the probability. As we know the study of air temperatures, humidity, solar radiation, atmospheric pressure and wind have changed over time through direct and indirect measurements. The first meteorological satellites to be built in Europe were launched in 1977. But before the satellite images the epochal turning point is with computers that allow you to solve in real time the complex equations that describe the future evolution of the atmosphere and that lead to development of the “quantitative forecasts. Before that, then: before meteorological stations, balloons, probes, rockets and meteorological satellites equipped with the necessary instrumentation, the history of meteorology proceeds with hygrometers thermometers radiometers, with instruments that today we would define analog and that we still find in homes.

Let’s just think of the barometer, the instrument for measuring atmospheric pressure: it was born between the end of the 1500s and the first half of the 1600s. We still find three on the market today. The one that derives from the famous Torricelli tube and that uses mercury as an indicator (it varies as the atmospheric pressure varies). The aneroid barometer is instead what we usually find in the grandmother’s house. It does not use any liquid but a vessel built with beryllium and copper that expands or contracts according to the “weight of the air”. It is usually very nice, it must be calibrated, it must never be moved and every now and then you should gently tap the glass of the dashboard with the knuckles of your finger to reduce grip. And then there are the modern digital barometers that use sensors, they should not be tapped or calibrated but with electricity and can be inside clocks or small or large weather stations. They can use internal and external sensors and inside internet.connected weather stations they also have the task of providing local data with indications obtained in real time via satellites, radar, airplanes and other stations to provide more accurate forecasts.

From mechanics to the internet of things

The ascending climax that hit the barometer is in short a good suggestion to measure the progress that has invested in the tools for household or family.sized weather forecasts. We have gone from mechanics to digital to the internet of things in an altogether limited amount of time. And it is no coincidence that on the market there are types of objects that are very distant from each other in their conception but which speak to a composite audience. For the techies there is the smart station which is based on a wireless outdoor sensor that measures temperature, humidity, air quality and CO2 and even has a voice assistant to answer your questions about the weather. There are professional weather stations equipped for example thermohygrometer, anemometer and rain gauge that connect via Wifi for remote control. And digital bedside systems with alarm clock, time and sensor for measuring the internal temperature. From mechanics to apps, inside the tools for measuring weather conditions there is truly a piece of history of the evolution of home technologies.