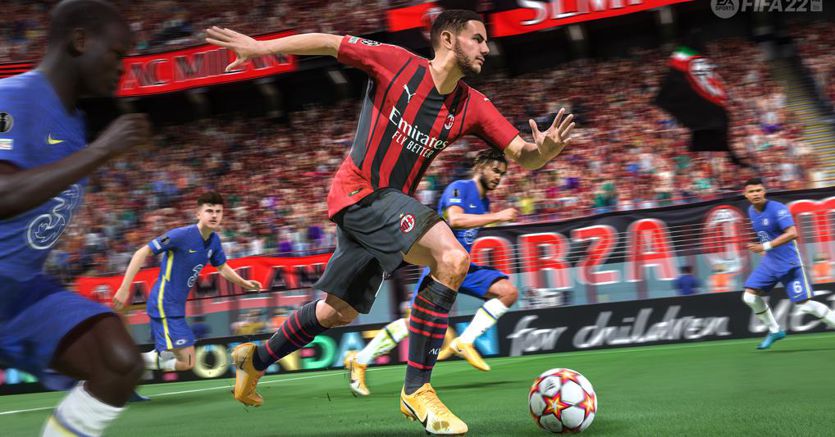 Fifa 22 is ready to debut on October 1st on next generation consoles. This is not news. The best.selling and most anticipated football simulation video game in Italy, every year returns the same as itself. It’s always Fifa but it’s never the usual Fifa. Also to justify the full price (and the cost of player licenses) Ea Sports innovates every year, changes, moves, shuffles the cards to create a different (and better) product. This time, after a few hours of testing, the feeling is of a concrete leap in quality in terms of animations and artificial intelligence.

EA data experts were able to capture 22 footballers at the same time, so as to study not only their individual movements, but also how they move and interact with each other and in relation to the position of the ball. HyperMotion technology – key to the new consoles (PS5, Xbox Series X / S and Stadia) – uses a proprietary machine learning algorithm that has trained over 8.7 million frames to produce new animations that realistically represent the sport in various situations throughout the field. They have implemented a real.time calculation system that decides which animation to use based on the trajectory of the ball. This made it possible to add almost 4 thousand new game moves. The result is more realistic matches to watch, more reactive players and a finally “thinking” ball, which adds a dimension of unpredictability that was not there before. In short, the difference is there and you can feel it.

The other novelties of played football

Other small tweaks, but no less relevant than in Fifa 21, are those of the goalkeeper who becomes more reliable even on the exits. And greater dynamism of the attackers. We run more, the team is often longer and there are sudden reversals in the face.

It’s an impression but the Canadian developers seem to be aiming for more English football, less tactics and more action for this round. So more counter.attacks and game overturns. The players are then even more realistic. Ibrahimovic, for example, is in Fifa the giant who is on the playing field. In the contrasts then a greater physicality is perceived. Next.gen controllers lend a hand.

Fut Career, Volta, Fut and Pro Club are all game modes that have made the “coupon” undergoing minor improvements. In particular Fut which is the real Fifa money machine, focusing on an ancient mix of fantasy football and trading cards, has become more accessible and simple. For example, Division Rivals now rewards playing time regardless of the outcome of the match. While Fut Champions is now divided into Play.Offs and Finals with more flexibility and more immediate rewards.