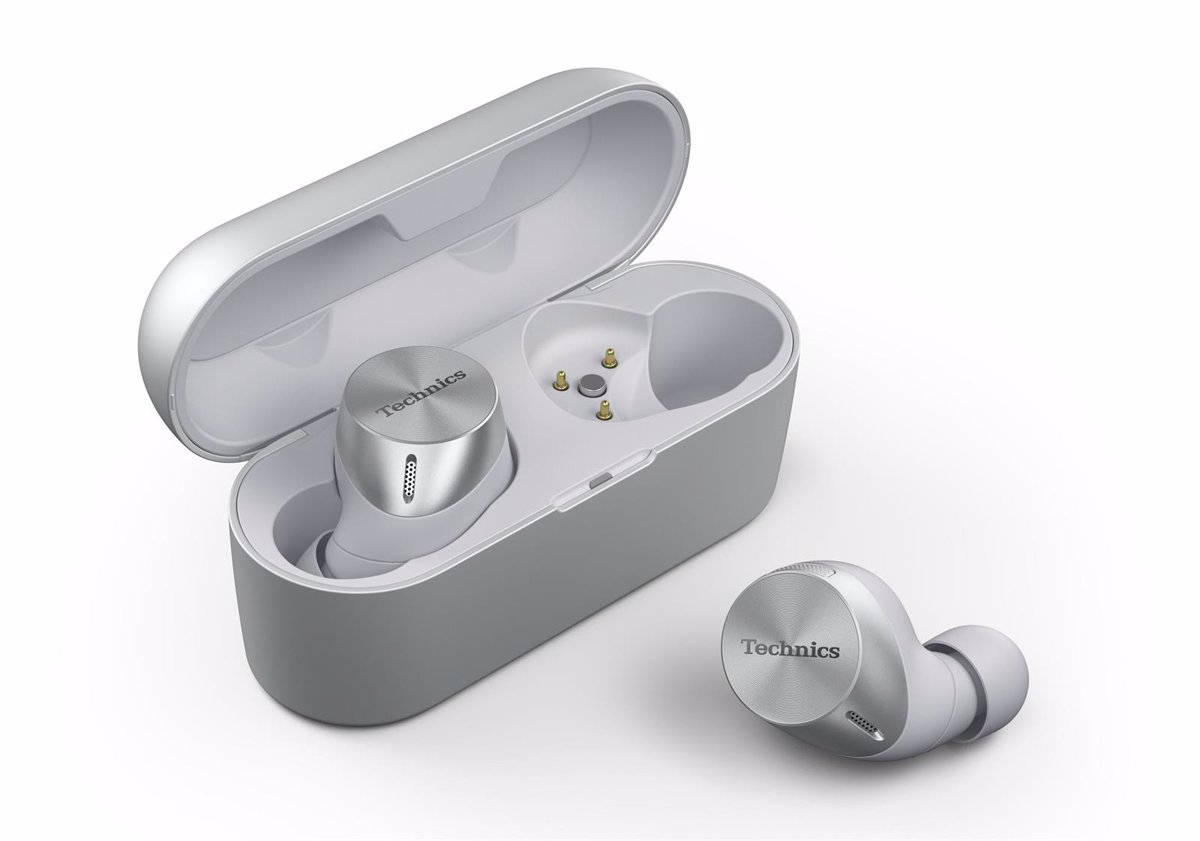 The sound brand Technics, belonging to Panasonic, has expanded its catalog of devices with the announcement of two new models of wireless headphones, EAH.AZ60 and EAH.AZ40, with active noise cancellation function and a specific mode to listen to the public address. at stations or airports.

The new Technics headphones are aimed at listening to music, taking video calls or listening to ‘podcasts’, as highlighted by Panasonic in a statement sent to Europa Press.

In this sense, the receiver only hears the voice of the speaker since the surrounding noise is canceled and the voice is not distorted in calls.

Added to this feature is noise cancellation technology, high.resolution audio quality with Bluetooth and LDAC technology, available on the AZ60, for a dynamic range of sound with fast response and high definition.

The AZ60 also integrates a total of eight microphones in the left and right earbuds, enabling Dual Hybrid Noise Canceling technology, which captures both exterior and interior noise and, combined with digital and analog processing, improves noise cancellation. noise.

Technics has equipped both wireless models with wind noise reduction technology. To do this, the AZ60 and AZ40 use microphones with small holes that are installed inside the headphones to minimize vibrations caused by the air.

The new Technics headphones are equipped with ambient sound modes that can be set to ‘Natural Ambience’ or ‘Attention’. The former captures all the noise in the environment, allowing the user to listen to music or talk on the phone while paying attention to their surroundings.

For its part, the ‘Attention’ mode emphasizes the human voice against other noise, allowing the user to better hear human voices in noisy places. This function is designed for train stations or airports where you have to be aware of the indications over the public address system.

The design of these new totally wireless headphones is drop.shaped and seeks to maximize contact with the user’s ear canal for a better fit. In addition, the outside of the headset protrudes less than that of previous models.

The AZ60 includes seven sizes of silicone ear cushions, with models of different depths for a better adaptation to the ear canal, while the AZ40 includes four sizes.

Both the AZ60 and AZ40 models have water resistance based on the IPX4 standard and are not damaged when water is splashed at them from any direction.

As for the battery of the new Technics devices, in the AZ60 model it can reach up to seven hours on a single charge with noise cancellation activated and up to 24 hours with a full charge in the compact charging case.

On the other hand, the AZ40 arrives at 7.5 hours on a charge and a total charge of up to 25 hours in the charging case. Both models can play music for more than 70 minutes with a 15.minute quick charge.

The headphones can be connected with the new Technics Audio Connect app, which makes pairing easy, helps tailor noise cancellation and sound mode settings. It also allows you to find lost headphones.

In addition, the brand has also announced that the launch of the new EAH.A800 over.the.air wireless headphones from Technics is expected in early 2022.