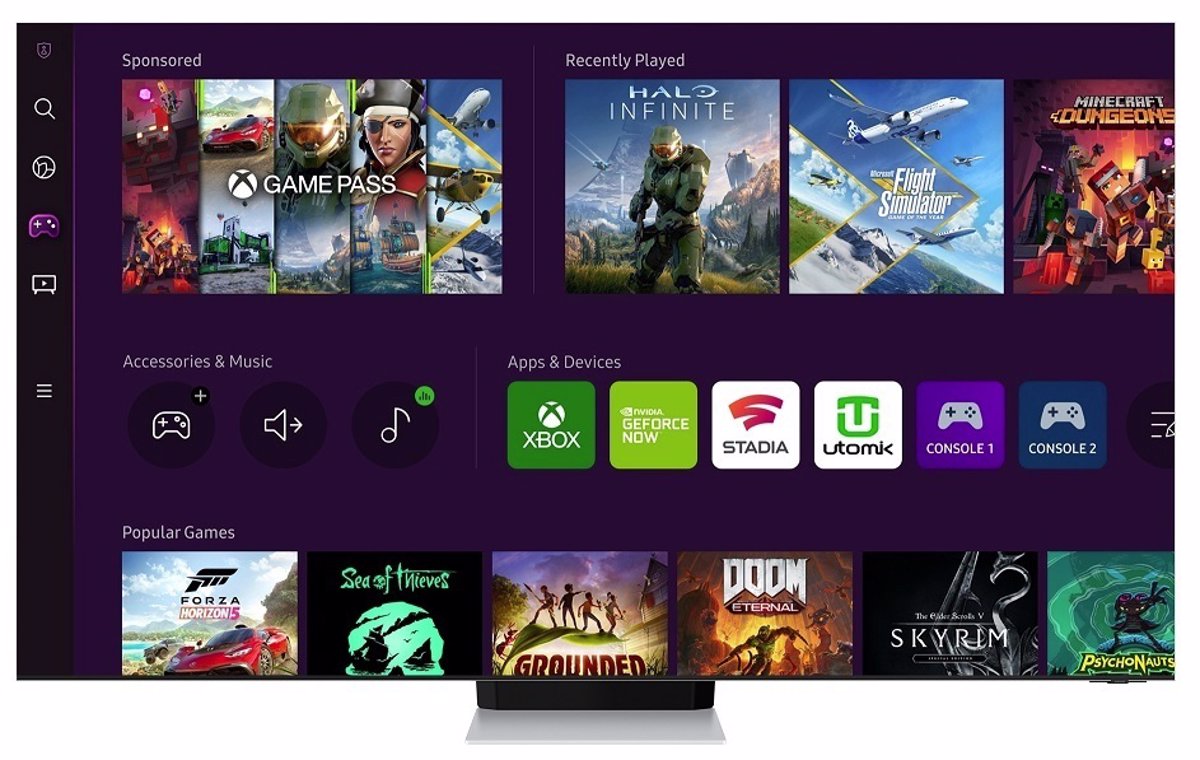 The streaming video game discovery platform Samsung Gaming Hub It is already available on all the company’s Smart TV 2022 televisions, after its announcement in January within the framework of the CES 2022 fair.

Samsung Gaming Hub unites ‘hardware’ and ‘software’ so that users can discover and play video games in the cloud, without the need for game consoles or computers or additional downloads, on services such as Xbox, Nvidia GeForce Now, Google Stadia, Utomik and, soon, Amazon Luna.

This platform was announced within the framework of CES 2022, at the beginning of the year, and this Thursday it has reached the 2022 range of Neo QLED 8K, Neo QLED 4K, QLEDs and Smart Monitor TVs, as the company has announced in a statement.

Gaming Hub also offers recommendations related to the latest and most popular games, and enables access to streaming music services and entertainment, such as Spotify, Twitch and YouTube. It is also compatible with wireless accessories, such as headphones or controllers.