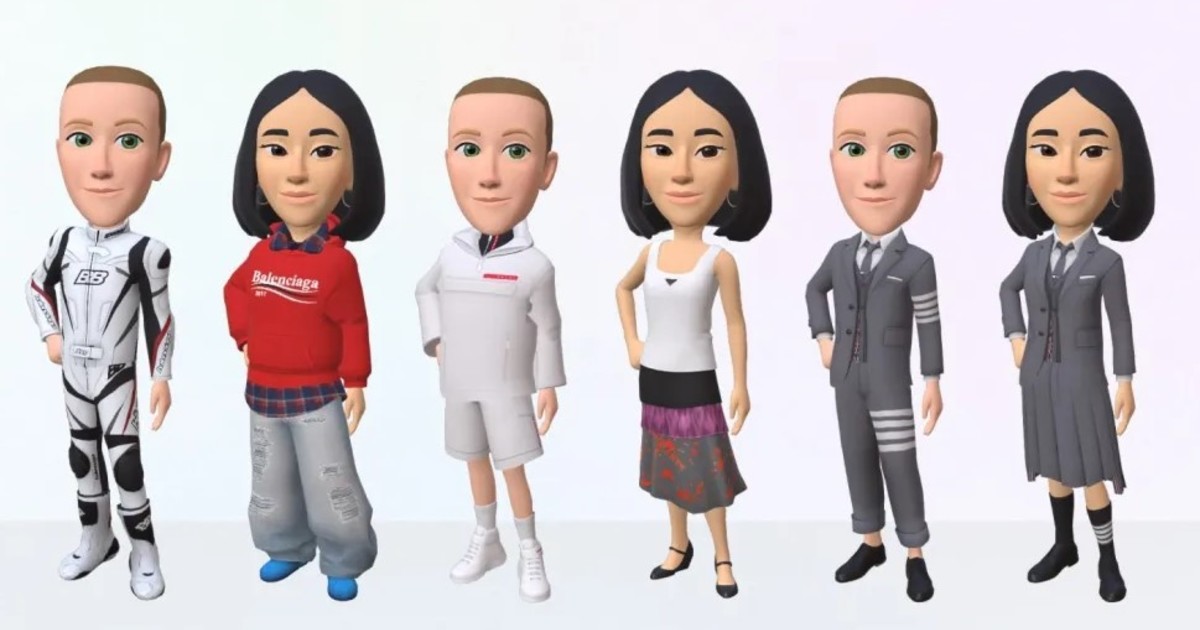 WhatsApp will soon be another Meta service that will receive personalized three-dimensional (3D) avatars. This alternative version of our face that can be used in video calls, will also serve as a sticker format both in conversations with other members of the community and in group chats on Android devices.

Since Mark Zuckerberg announced his interest in developing the metaverse, the company gradually introduced the possibility of using avatars and custom three-dimensional avatars in some of its applications, such as Facebook and Messenger.

Mark Zuckerberg supports the idea of ​​avatars thinking about the future of the metaverse. (Goal, via Reuters)

Instagram announced in February the incorporation of these virtual figures, with the aim of moving towards the implementation of this alternative universe in all its services and “give people more ways to express themselves.”

Recently, WABetaInfo leaked that the company is working on including these avatars in WhatsApp, an alternative set of Memoji/Birmoji (personalized avatars with human faces) that would have begun to develop in March.

This option is part of the latest update for Android 2.22.15.5, developed through the Google Play Beta Program.

As they shared on this site dedicated to the messenger, the application will make available to users a new option within the video call interface that will allow them to change the real image for that of an avatar. At the moment, the Switch to avatar button remains in development and It still doesn’t respond when pressed.

The avatars that Meta announced

Meta CEO Mark Zuckerberg announced in the middle of the month that the company is launching a digital designer clothing store called the “Meta Avatars Store.”

Starting with a presentation during an Instagram Live with Instagram’s vice president of fashion partnerships, Eva Chen, Zuckerberg unveiled the system. It’s not known how many people will actually want to spend money to dress their avatars in designer clothes, but Zuckerberg sees the new trendy clothing options as a way for users to express themselves through their avatars.

The company is in search of its identity, according to reports, to the point that it will imitate Tiktok more to attract new users.

The new virtual store launches on Facebook, Instagram and Messenger and will allow users to buy digital clothing for their avatars. The store will begin rolling out next week and will initially offer digital ensembles from Balenciaga, Prada and Thom Browne. Meta did not disclose any pricing information for these digital sets. It is worth noting that the options Free clothes for Meta avatars will continue to be available.

Zuckerberg said that Meta plans to make the store an open marketplace where developers can create and sell clothes.

“We’re launching our avatar shop on Facebook, Instagram and Messenger so you can shop for digital clothing to style your avatar,” Zuckerberg said in a statement.