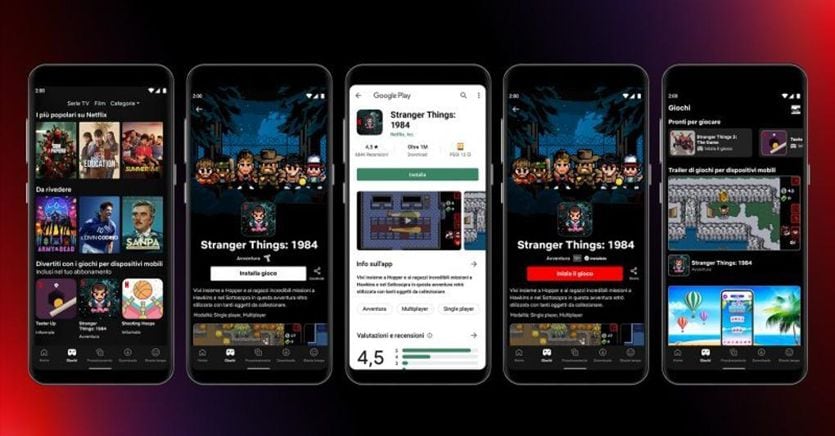 They are not streaming and are not for PC or TV as one might expect. Netflix officially launched its video game catalog today Tuesday, September 28. There are five titles, all apps for Android smartphones and they download. No additional costs at least for now. For the streaming giant, this is an expansion of its entertainment offer. After the interactive shows like Bandersnatch and the meditation guides of Headspace we arrive at the playful content. It does not therefore seem, at least for now, a choice of field, more an exploratory mission towards a method of content distribution on which all the players in the video game industry are focusing.

How does it work

If you are a subscriber, you enter the Netflix app of your Android smartphone. and you will see a new tab appear from which to select the games to download. Once downloaded from the Google Play Store, the game will appear both on the smartphone home and within their Netflix app.

How are the games

These are five titles published by the streaming giant, namely Stranger Things: 1984, Stranger Things 3: The game, Card Blast; Teeter Up and Shooting Hoops. The first two are inspired by the famous TV series. The former is an adventure game while the latter has eight.bit graphics. Card Blast is a card game. Shooting Hoops features a basketball equipped with a shotgun while Teeter Up is the classic game that uses object physics to move a ball. We are on the side of the casual games of the first generation. Nothing particularly sophisticated. The approach can be defined as tourism.