Astro from Amazon arrives, a home robot that moves like a dog 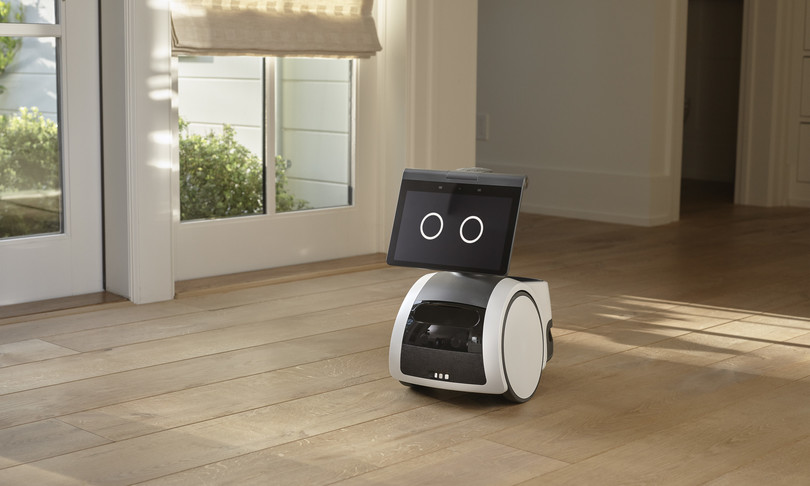 Amazon held its traditional hardware presentation autumn event: updated the Echo line and presented a cute little robot that he walks freely around the house like a dog with a smart screen. Astro, as the robot was baptized, it has three wheels (two large in front and one small behind) and a “neck” from which a screen hangs, on which two expressive eyes are drawn to give it more personality.

The screen is basically the same as any smart device in Amazon’s Echo line, allowing it to view content, make video calls, provide specific information, and so on.

Except, in this case, it’s mobile. In addition, the Seattle company said that Astro can interpret commands such as going to a specific room of the house e deliver an item to a specific person (which is achieved through facial recognition), as well as monitoring the house when no one is around.

One of Astro’s mobility limitations, however, is that cannot go up or down stairs.

The robot, the first one created by Amazon, has a price of 1,000 dollars and the company classified it as a “Day 1 Edition” product, which means the only way to buy it is requesting an invitation to the company in advance.

The US e.commerce giant also unveiled the largest smart wall display of its entire line.up to date, the 15.6.inch Echo Show 15, with 1080p HD resolution, priced at 250 dollars.

With a design that mimics that of a picture hanging on the wall, the Echo Show 15 has a full display mode so that the user can reproduce the image they want in large size, although this can also be reduced in half. screen and share the space with useful information.

Thus, the options range from watching streaming content from Amazon Prime Video or Netflix to receiving the video signal in real time from a security camera installed on the front door of the house.

The company led by Andy Jassy also surprised with an extravagantly shaped device, similar to a periscope, called Amazon Glow, which combines the functions of a videoconference with those of a projector.

Glow, at the price of 300 dollars, is designed with the little ones in mind, so that when they get bored during a video call with friends or family, they can project video games or other entertainment from the device itself to play with their interlocutors.

Other features include a smart thermostat priced at $ 60 and a voice assistant designed for use in DisneyWorld and Disneyland theme parks that responds to the command “Hey, Disney”.

Today’s event was the The company’s first major hardware presentation since Amazon founder Jeff Bezos stepped down as CEO on July 5 to focus on other personal projects and was replaced by Andy Jassy, ​​his most trusted confidant, who for years led the company’s profitable cloud computing division, AWS.

Bezos has thus put an end to a long spell of 27 years at the helm of Amazon that has led him to become the richest man in the world according to the Forbes list, and even if he has resigned from day.to.day management, he remains tied to the company that has founded, now as executive chairman.