Virtual sims: here’s how to choose the best ones and the advantages 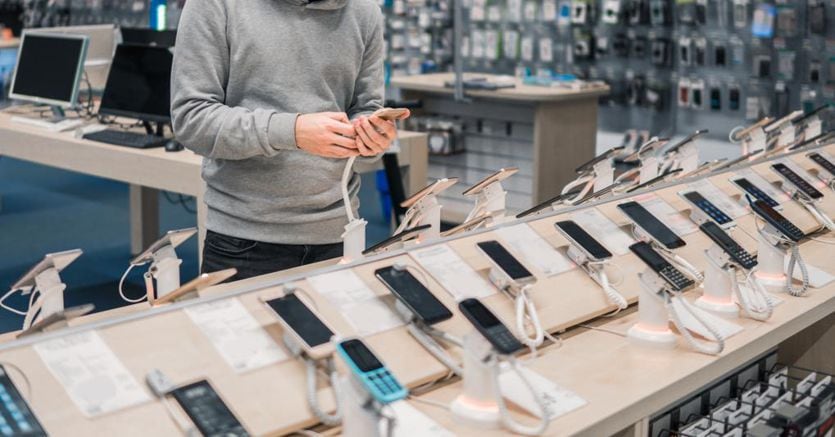 Also in Italy it is time for eSim, virtual sims. Offers have multiplied, prices have fallen and the activation methods have (finally) become agile. It can be said that this last bastion in the Italian telephone market is definitively collapsing: yes, because the eSim, long neglected by our operators, allow greater agility in the use of numbers, tariffs and devices.

eSim is an innovation, in short, and is a fully.fledged daughter of the digital world: they are computer data that replace the physical sim. The eSim is presented as a QR.Code code that the user scans with the mobile phone camera and thus loads the sim data into its memory. For some time, cell phones have not needed the SIM chip to identify the number and the user on the network, in fact. You must have a compatible smartphone. The list is long: the Samsung Galaxy of the last two years (S20, S21), Huawei 40, Motorola Razr, iPhone 11 and 12 series (mini included), even iPhone SE. Google Pixel 3, 4, 5. Of course smart watches that support sim are compatible (for physical reasons, this can only be virtual). There are also eSim compatible computers and tablets, such as the Microsoft Surface Prox, iPad Air 4, Ipad Pro 11. The advice is to see the site of the chosen operator to check compatibility. Some models, in fact, even if equipped with eSim support, may not be compatible with that specific operator.

The advantages of eSim

In addition to cases (smartwatches) where there is no alternative, the advantage of the eSim is the possibility of having multiple phone numbers and multiple tariff plans on the same smartphone at the same time. Without the need for a dual sim smartphone or to change the sim from time to time. There is the induced advantage of an increase in competition between operators (reason that explains the resistance adopted so far) .Finally it is a more ecological choice than the physical sim and is activated immediately (for operators who allow you to do it online), without having to wait for the physical delivery of the sim.

Until recently there were few eSim rates, expensive and also cumbersome to activate (it was necessary to go to a physical store to activate them; mode still preserved by Tim and Wind 3 for eSim as they write on their sites). the latest arrivals in this world and not surprisingly among the cheapest is the virtual Spusu (on the Wind 3 network). The cheapest Spusu eSim rate costs 4.99 euros per month, 9.99 euros for activation, with a thousand minutes, 200 text messages and 10 GB (unfortunately only 4G). Very Mobile (the low cost of Wind 3) is also cheap, at 6.99 euros, with unlimited minutes and text messages and 200 GB in 4G. More expensive Vodafone, pioneer of eSim in Italy: 24.99 euros per month all unlimited. With the One Number option, for an additional 5 euros per month, you can use the same number on smartwatch and mobile. The cheapest rate of Tim instead starts from 14.99 euros per month (10 euros for activation), unlimited minutes and text messages, 50 GB in 4G. Wind 3 is the cheapest with 5G, 12.99 euros per month and 6.99 activation, unlimited minutes, 200 sms, 50 GB.As SosTariffe.it notes, there are still no rates dedicated to eSim but it will be the step Goodbye to the physical rate Many experts note that it will go towards the disappearance of physical sims. “The physical sim will disappear and the eSim will be found in other connected devices such as smartwatches, bracelets, rings, glasses,” writes the technologist Massimo Canducci on Facebook. It is an inevitable innovation, for the take.off of the internet of things: “It may seem like a trivial thing, but the future 5G and 6G connectivity, on increasingly smaller and specialized devices that will constitute sensors and actuators of the internet of everything network that we will get used to having it around us, it will certainly benefit enormously “, adds Canducci.” A study by Truphone predicts that, despite their very slow advance, by 2025 90% of the cards in circulation will be eSim “, notes SosTariffe.it. Within the next four years, 87% of mobile operators and companies that manufacture smartphones will produce compatible devices to accommodate eSims, to adapt to the new technology. Two.thirds of device manufacturers believe more than 40% of their devices will be connected via eSim in 2025. A further 19% expect most of their products to be connected with the new technology by that date. ‘MarketsandMarkets research institute, the turnover of virtual sims was valued at 253.8 million dollars in 2017. It will be 978.3 million dollars by 2023.According to a survey carried out last February by the English institute Beecham Research , 78% of respondents say they already use a virtual SIM or plan to use it in the future.