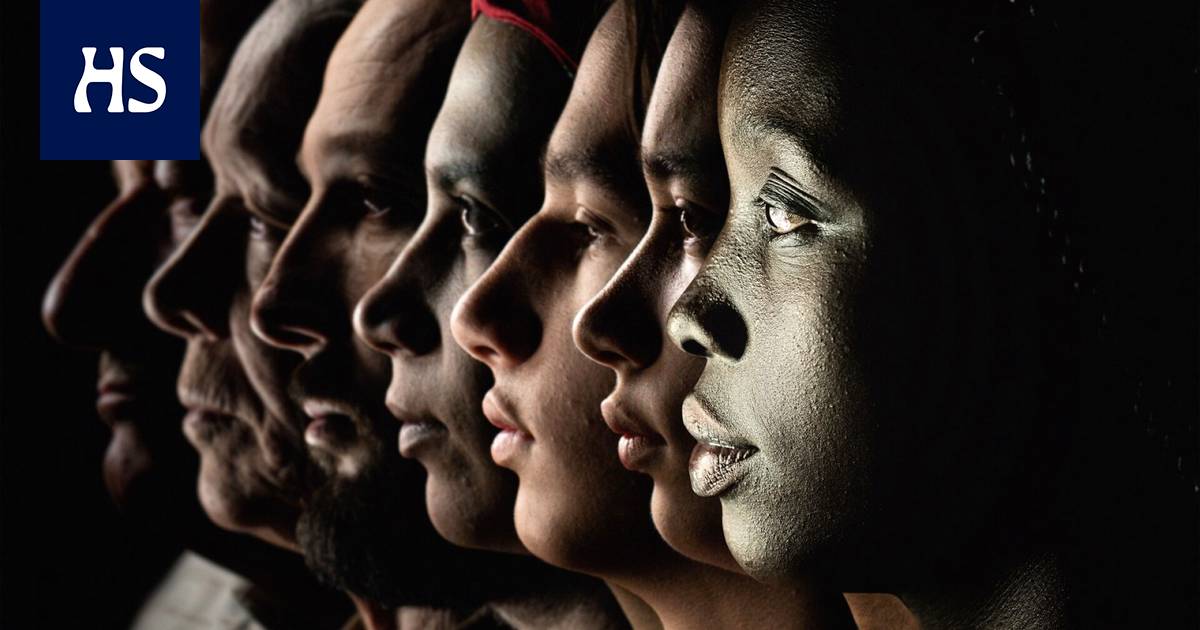 “Humanity greatest achievements. Nature is now telling us through genes what it is to be human.”

The human gene map got a lot of buzz when geneticists announced its first version in July 2000. The map told how the thousands of genes in us are arranged.

Genetic information was expected to provide quick help for many diseases. The work turned out to be difficult.

in the 21st century human gene maps have become more detailed. The latest version of the gene map from 2019 tells the number of human genes almost completely. We are affected by 19,969 genes that produce proteins in cells.

All genetic maps still have one big but.

They do not describe the genes of the human species properly, as they are mostly light-skinned gene maps. For example, gene maps compiled from Africans are only less than two percent of all maps.

Expressed in Anglo-American terms, the genetic map is compiled from Caucasian genes. The word Caucasian refers to fair-skinned Europeans and fair-skinned inhabitants of North America and Australia who have come to these areas as immigrants.

A large part of the gene studies have also been done in those areas. Of the world’s nearly eight billion inhabitants, however, there are only a little over a billion fair-skinned.

“We are all Africans.”

The genes of just under a million people have already been sequenced, i.e. completely proofread. Altogether, much more gene fragments have been sequenced.

Ethnically preparing more comprehensive gene maps is important, because different ethnic groups carry different genes. This can be seen, for example, in skin color, but ethnic groups also have diseases specific to them.

There are about three million point mutations in each of our DNA strips, calculates a specialist in heredity Kirmo Wartiovaara from Helsinki University Central Hospital.

Fair-skinned people stand out in gene maps, even though there are only a little over a billion of the world’s nearly eight billion inhabitants. Picture: Getty Images / iStockphoto

Now unequal gene maps have begun to be patched. Big international project Pangenome started up at the end of April.

It tries to put together a comprehensive picture of humanity’s genes. First, we plan to sequence very precisely the genetics of 350 people from dozens of places around the world.

“The goal is to collect and organize all the genetic variation that people have, whether those differences are big or small, common or rare,” says the professor of genetics at Washington State University in the United States Evan Eichler in the university’s bulletin.

The job can take up to five years. The genes must be read and verified many times.

African genetic variation is worth studying, because it is the oldest human DNA.

Specially Something may be found in Africa that can advance medicine and treatments for traditional and other diseases, says Wartiovaara. He also talks about the imbalance of gene maps in his recent book Humanity’s dna – writing the code of life.

The number of human genetic variations is the highest in Africa.

It has already been launched in Africa H3Africa-hanke. Its goal is to sequence the genomes of at least three million Africans within this decade.

“We are all Africans,” says the African geneticist who founded the project Ambroise Wonkam H3African on the website.

Wonkam suggests that the lineages of modern humans are inherited from Africa. Published by the journal Nature in 2019 research According to

When only a part of the Africans of that time later migrated from Africa to other places and conquered the world, a lot of genetic variation remained in the rest of the continent’s population.

It should definitely be studied, because it is the oldest human DNA.

However, gene mapping in Africa has challenges: not all ethnic groups and tribes want their genes mapped.

In addition to this, there are many multigenic diseases where a change in one gene causes an increased susceptibility to a disease.

Changes in many different susceptibility genes, combined with environmental and lifestyle influences, can cause the disease to break out.

One of the most well-known polygenic diseases is type 2 diabetes, says Wartiovaara.

Geneticists often use sickle cell anemia as an example of the diversity of human genetics and hereditary diseases. It is very common in the African population.

The recessively inherited disease is caused by a change in the gene that produces hemoglobin. Red blood cells that have become sickle-shaped stick to each other and prevent the flow of oxygen in the blood vessels. This results in tissue damage.

The disease often leads to death already in childhood. It is estimated that every year sickle cells are still the cause of about one hundred thousand child deaths.

In Africa, the change in the disease has been preserved in evolution. This is explained by the fact that a single point mutation in the gene is also only useful when inherited from one parent, as it protects the carrier from a severe form of malaria.

of Africa according to Wartiovaara, genetic surprises can be revealed by studying long DNA sequences.

“In the pangenome, longer than usual sequences are read. Then the genetic data obtained is better,” he says.

“Especially long sequences are needed from areas of DNA that have a lot of very similar sequences. Because it’s hard to find out and put it in the right place in the genetic code.”

With the new genetic information, healthcare can drill down into the diseases typical of the residents of each region.

In all of them in sequencing, one goal looms.

In the future, a blood test would first be taken from the patient at the doctor’s office. Then the patient’s genome would be sequenced and the gene map would be determined in the same consultation. After this, the doctor would search the databases for similar cases and compare how similar cases have been treated.

In this way, the patient would receive the best, customized treatment.