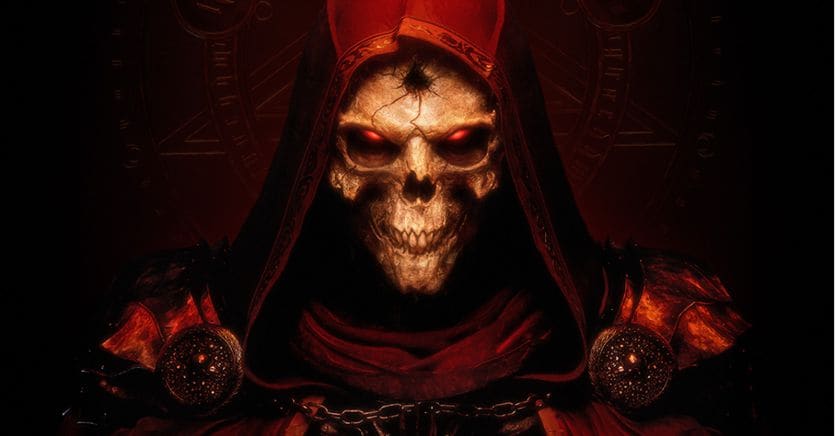 Diablo 2 Resurrect is not the usual remastered edition to save on creativity and development costs. We write it right away because in the last few years of “remastered” of old glories of the past too many have come out, a sign that the desire to experiment with new Ip (new games with original characters and gameplay, ed) and taking a little risk was not so much. The change of generation of consoles has done its part but focusing on the generation that played PC in the eighties and nineties is not a mistake in terms of marketing.

Also because now maybe they are not passionate about Fortnite but a game of Diablo to feel younger if they do it. That’s why usually remastered are not works of art, they play on the nostalgia effect and are content to bring back to life something that is technologically outdated. Vicarious Vision, the development studio that worked on the Activision Blizzard title, instead took in hand a success of 20 years ago and adapted it to modernity without touching the game mechanics, style and atmosphere of one of the hack ‘n’ slash that they wrote the history of the video game. He did it with intelligence, making current graphics that had no reason to exist on new PCs and new consoles without spoiling the taste of the game.

Diablo 2 is the “dark fantasy” par excellence. The dungeons are dark and evil, but not only: the atmosphere is dark, what you go through to defeat Diablo is a rotten and lost world. Every pixel in this game exudes agony. And the re.adaptation respected the underlying philosophy of the game. Certainly a conservative but satisfying choice. Particular attention to sound design: you will find the gurgling of magic potions, the metallic clang of weapons and the “dindindin” of coins. The soundtrack is metal and eerie like the tones of the original Diablo. On Pc the Nostaglia effect is guaranteed. But it also makes sense if you have PlayStation, Xbox, and Switch.

On console, inventory management is exhausting. Much more tiring than having a mouse in your hand. And then a part of you would have liked a more intriguing and modern management of the adventurers who follow you in the adventure very strongly. Even on the front of the multiplayer sector, not everything is perfect and you get lost a bit. But it is a bit like going back to the football field of when you were a child and expecting to have the goals in order and the synthetic grass of the after.work soccer field. If it has to be a return to the past, let it be a return to the past.