Google Docs turns 15, the shared documents that can be accessed by 3 billion people 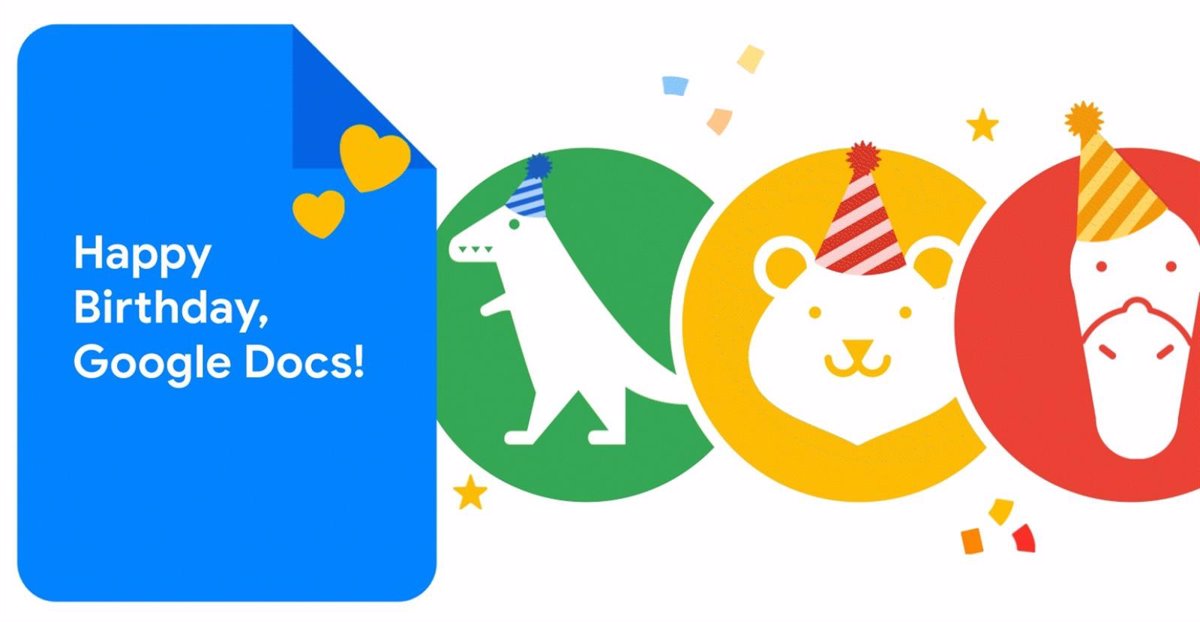 This week they have been fulfilled 15 years since the launch of Google Docs, the shared document tool of the Google ecosystem that is currently part of the Workspace suite, which together used by more than 3 billion people around the world.

Google originally released its document tool Docs in October 2006, based on the Writely online word processor, which had seen the light only a year before and which was integrated into the online services offered by the American company.

“Everybody told us it was crazy trying to give people a way to access their documents from anywhere, let alone share documents instantly or collaborate online within their browser,” the company claimed in 2006.

Currently, Google Docs is integrated into the company’s online services ecosystem, which used by 3 billion people around the world. Since last year, it has been one of the Google Worskpace tools, a new name for what had been the Google Suite.

Coinciding with the fifteenth anniversary of Google Docs, Google has recalled in a statement some of the most outstanding milestones of its document platform in this decade and a half of history.

In 2010, Docs received its first major update since its launch, incorporating the ability to see how other users edit and write to shared documentsas well as better import functions.

Google has also revealed curiosities such as that internally, Google Docs team knows ‘widgets’ with breakfast names. The yellow messages at the top are called ‘butter’, the dialogs coming out from the bottom are ‘toast’ and the error message in red, ‘ketchup’.

The company, which recently added features such as intelligent suggestions and responses using artificial intelligence, has also picked up tricks such as press the ‘+’ button on the right side to add plugins, with editing recommendations. Meanwhile, the smart canvas feature, added in May, makes it possible to mention people, add lists, and use templates.

Looking ahead to Docs, Google has promised that users they will soon start receiving suggestions with “more inclusive language” when writing and editing documents.