Hundreds of residents hear a mysterious noise in this town 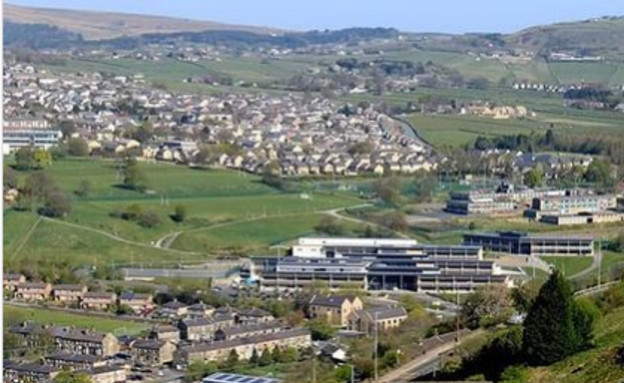 “My partner did not hear it, he thought I was crazy and so did I”: Hundreds of residents of a small town in England got up one day to a strange and incessant buzzing noise. For a year and a half they have been trying to find the source of the noise that is causing them severe migraines – but no one knows how to provide an explanation for the phenomenon.

Residents of the town of Holmfield in Yorkshire, England, report a strange noise of a loud buzz that has been heard for 18 months in a row – and no one has any idea yet what it is and what the source of the noise is.

Residents report that the noise began in April 2020, when many began to hear a sound reminiscent of an active washing machine or the buzzing of a skimmer. Yvonne Conner, a 50-year-old resident of the place, told the Independent how she initially used to drive for hours around town trying to locate the source of the noise.

“Two in the morning, three, four. Traveling, stopping, listening. My partner would come with me but he didn’t hear it. He thought I was crazy and so was I,” Conner said. But to make sure it’s not just in the head of, Conner posted a post on her Facebook page asking for help on the subject. To her surprise, dozens of other residents responded and complained that the unexplained noise that began in April caused them migraines and left them awake during the night.

500 of the troubled residents signed a petition to locate and stop the noise, but the local council was unable to locate the source of the hustle and bustle. However, the suspicion is that a nearby industrial plant is the cause of the noise due to one of the machines inside it.

“From what I understand, there has been this buzzing noise for decades,” said Simon Spicelli, a Holmfield resident who suffers from body migraines due to the noise, “but I’m convinced something happened during the closure that made the noise much louder. It moves through the ground and vibrates inside my house. “People, that’s why closing the windows makes no difference, it’s already inside.”

Currently, one resident is known to have decided to move out of town following the incessant and unbearable buzz, while other residents fear that blaming the industrial area will hurt local production and the value of the place.

For now, Holmfield residents have no solution, but they may be comforted to know that they are not the first to encounter such a phenomenon. In 1970 Bristol residents claimed to hear a buzzing noise so repetitive and annoying that it caused nosebleeds. The source of the noise was located at a local factory, but even when the machines were turned off the noise continued. As a result, many scientists have argued that the phenomenon can happen not necessarily due to one noise source, but rather a collection of “urban noises” from different sources.