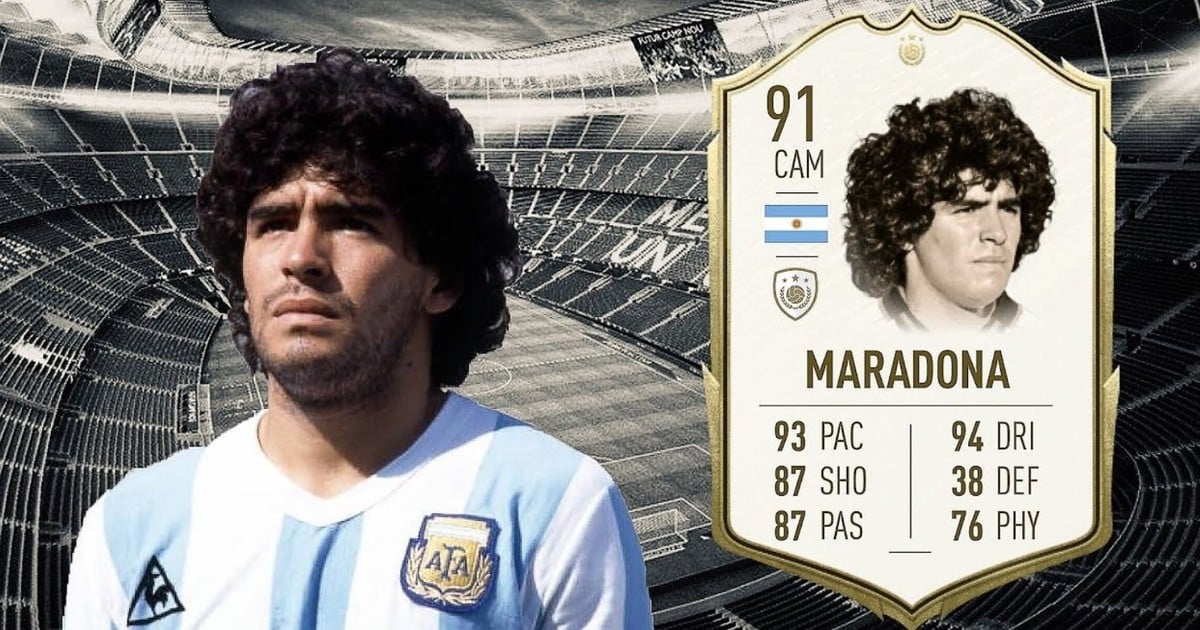 After the death of Diego Maradona, legal fights took place (and continue to take place). One of them, which remains unresolved, has to do with the use of the image rights of the Ten. However, in the last hours there was a claim that came to fruition: after many twists and turns, the best footballer in history will once again be present, in the form of a letter and a legend, in the FIFA 22, the ‘star’ game of EA Sports.

After almost two years of twists and turns, justice ruled in favor of the video game development company, and based on a contract signed in 2017 by Maradona himself, Diego will once again be present at FIFA. The ruling respects the will of the former captain of the Argentine National Team, who had signed a perpetual bond.

Diego together with Stefano Ceci, one of the protagonists of this new litigation.

The change in the ruling was made by Chamber 1 of the Federal Civil and Commercial Chamber and it is closely related to the manifest desire of Maradona at the time of signing the contract.

The contract, signed five years ago, dictated the following: “Upon expiration of the term… EA shall have the right to complete the development, and continue to manufacture, market, and distribute each and every Licensed Product, packaging, marketing, and promotional material that has been commercially released.” for the first time during the term of this contract, in perpetuity”. As Diego stamped the signature, Justice will respect his word.

Maradona’s image just disappeared from the popular soccer video game in last year’s edition: the FIFA 21. This had to do with a lawsuit from the Sattvica company, owned by the lawyer Matías Morla. The resolution, at that time, forced EA to refrain from using the image of Ten.

The company was unable to use the image of Maradona in its best-selling game, but it still surprised by adding Diego to FIFA 22. This lasted just a few months, and in March, Electronic Arts deleted him from its catalog of soccer players. The litigation went through several instances, and the final ruling, which was released in the last few hours, was cataloged by many as “unpublished”.

EA Sports, in addition, was authorized to initiate legal actions against Stefano Ceci, the Italian partner of the star. It is that in the ruling, which bears the signature of the chambermaids Florencia Nallar, Juan Perozziello Vizier and Fernando Uriarte, it is also clear that the contract signed by Ceci, Diego’s former friend, is not valid because it was not ratified by Sattvica, the owner of the Maradona brand, but they also emphasize that the company cannot go against that wish of the footballer.

Based on this foundation, the Justice considered that Ceci can be accused of “fraud” since the businessman would have been awarded, to sign the agreement, rights that he supposedly did not have.

In short, this novel ruling enabled the California-based company to use Maradona’s image -for the purposes specified in the original contract- from now on. Thus, it is clear that FIFA 23 will be able to count on Diego’s letter from its launch. In the absence of less than two months for his departure, Will they already have the Pelusa letter ready?

Virtual football began to prepare for its landing between the new generation consoles and PCs. After revealing the cover of the game -starring Kylian Mbappé and Sam Kerr-, in recent weeks the trailer and the long-awaited release date were added: which will be next September 30.

On the other hand, early access for the Ultimate Edition of FIFA 23 will be starting on September 27, 2022. The leading soccer game features a variety of advancements and innovations in Career Mode, Pro Clubs, VOLTA FOOTBALL and Ultimate Team and aims to continue to dominate the market in a year marked by the World Cup in Qatar.

Users can also look forward to a new smart dribbling system, a more natural and fluid transition to kicking, an entirely new acceleration mechanic, increased player awareness, and much more. With the debut of women’s club teams, Electronic Arts aims to take it all.