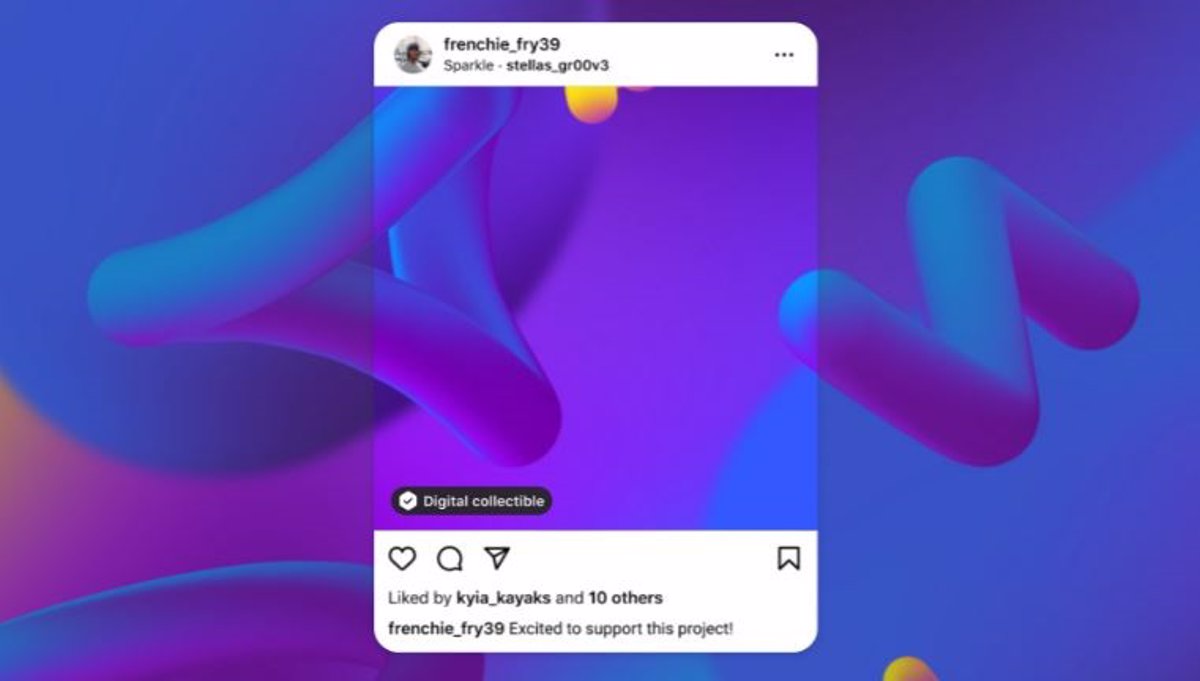 Meta has announced that it has begun expanding digital collectibles, also known as NFT in the Instagram accounts of 100 more countries and that it will integrate third-party digital wallets, such as Coinbase Wallet or MetaMask.

Last March, the CEO of Meta, Mark Zuckerberg, confirmed that non-fungible tokens would reach this social network, where users they could not only acquire them but they would also have the opportunity to create new ones and use them within the platform.

Two months later, it began hosting NFTs within the monetization tools section of Instagram creators, who could link their crypto wallet and choose the collectible they wanted to display on their profile.

Now Meta has announced that it has begun the international expansion of non-fungible tokens to 100 countries in the Americas, Asia-Pacific, the Middle East and the Americas, according to an update on its blog.

In it, it has also indicated that it has expanded support for third-party digital wallets with Coinbase Wallet y Dapper, as well as the ability to publish minted digital collectibles on the blockchain Flow.

On the other hand, the company has recalled that, to publish a digital collectible, users only need connect their corresponding wallets to the application and has mentioned which ones will have support on Instagram

Specifically, they will be Rainbow, MetaMask, Trust Wallet, Coinbase Wallet and Dapper Wallet, which will be available “soon”, with no specific implementation date.

With this, he has pointed out that the chains of blocks (‘blockchain’) admitted until now are Ethereum, Polygon and Flow and that there are no fees associated with posting or sharing a digital collectible on Instagram.