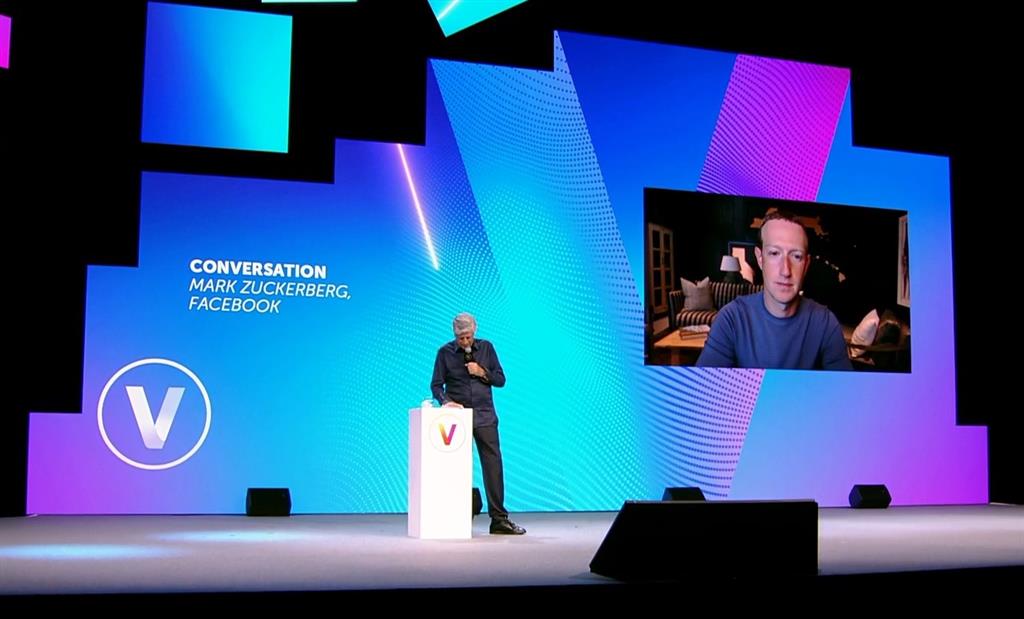 Facebook see in the virtual reality (RV) and the augmented reality (OUT) two technologies with which to shape the economy of the future, a digital goods economy that enables people to make money from their creations, as the company’s founder and CEO Mark Zuckerberg highlighted this Thursday at VivaTech.

Facebook has become a platform where any business, but especially the little ones, They can create a store and take advantage of the interconnection with the different services of the company, as highlighted by Zuckerberg during his speech, who pointed out that virtual reality will also potentially be implemented in the future.

The executive has underlined the focus placed by the company on small companies, for those who develop tools that not only allow them to have an ‘online’ store but also access sophisticated tools such as large businesses.

Zuckerberg has denied that with Facebook’s foray into electronic commerce they have Amazon as a competition, when asked about it, and has highlighted the associations they have with other ‘eCommmerce’, such as Shopify.

He also highlighted that Facebook’s mission is connect people and that in this sense, the technology of virtual reality It is different from any other technology we have today (mobile phones, computers, video calling services) because offers the feeling of being present–

It is a technology that allows you to fool the mind. “Your mind really feels that it is in another place”, signs the manager, who describes it as “an immersive experience in a completely virtual environment”.

This is precisely the one that is mainly different from augmented reality, another technology that Facebook sees in the future, since the latter “merges the three.dimensional digital world with the physical world” that surrounds the user.

The company is already developing glasses with which to experience AR. Zuckerberg sees this ‘hardware’ “the next great computing platform”, as the computer and the ‘smartphone’ are currently, since it would be about integrating a supercomputer in a pair of glasses that also look like normal glasses.

In the area of ​​augmented reality, the manager assures that social experiences will be “incredible” with it, but clarifies that it is about long.term development, about 15 years from now. However, he has signed an agreement with ray.ban, which will soon materialize in glasses, although not augmented reality, but smart.

For the mass adoption of virtual reality, the ‘hardware’ is an important element. Zuckerberg has explained that VR headsets or visors have to be wireless, so that the person can move in physical space, but the problem of the unnatural vision they offer still remains, although with time they will also be smaller and lighter.

The manager has highlighted the experience of videoconferencing through virtual reality, since he considers that it offers advantages over video calls with the camera of the mobile or the computer. And has cited the meaning spatial orientation, which allows you to see and feel if there are more people in the room and where they are located, in front of the faces, always the same, that are seen on the screens.

Regarding the offer of ‘software’ for these two technologies, the founder of Facebook has indicated that there will be different options, from free ‘apps’ to paid ones or with subscription access.

Here, Facebook sees the potential to create a complete economy of digital goods, which instead of today’s physical production, for example of televisions, requiring factories, materials and logistics, any creator will have free development and programming tools to create and sell their products–

Precisely, creators occupy an important part of the focus that Facebook has put in its latest products. The company sees in them an actor similar to small businesses but that produce content, such as videos, broadcasts of video games, etc.

And he has stated that they want them to earn a living with what they produce. To do this, he explains, they do not focus on a single multimedia content, as is the case with YouTube, but rather seek to support all types of content, including ‘podcasts’. And soon they will also do it with freelance writers thanks to the ‘newsletter’ tool.