In its most recent Android beta, WhatsApp shows the reactions with ’emojis’ in the United States 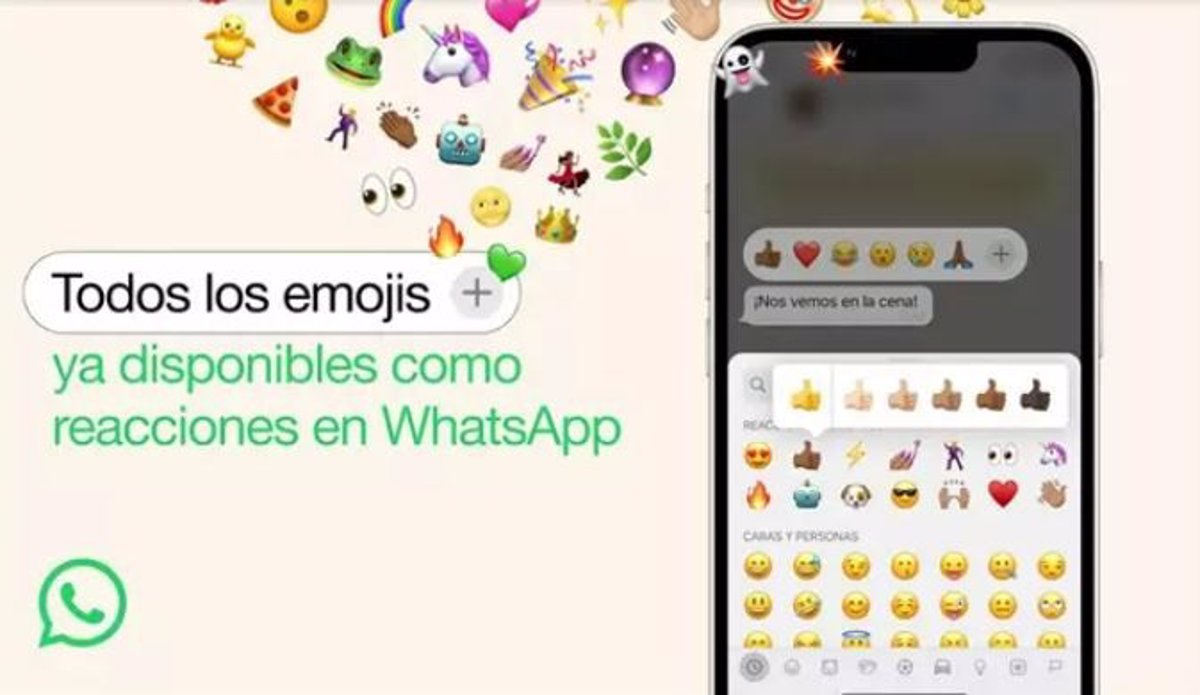 WhatsApp has started rolling out a new feature that lets users respond to status updates with eight different “emoji” models. This feature was previously only available to Android beta testers.

Users can share text, image, video, and GIF updates through statuses, which are end-to-end encrypted and vanish after 24 hours.

The statuses can each be responded to by selecting the “Answer” option when the update is being shown. You can accomplish this by including text, emoticons, a voice message, an attachment, or an image.

As WABetaInfo reported in the middle of last July, WhatsApp has been working on a new response format for a few days. This portal stated that the messaging app, owned by Meta, was working on adding ’emojis’ for the Android version to respond to these conditions.

This version of the software offered up to eight reactions, including the “face of love,” “tear with joy,” “surprised,” “sad,” “thanks,” “applause,” “party,” and the symbol for 100, according to the screenshot he provided at the time.

For this, WhatsApp provides the user with the eight ’emojis’ listed above, allowing them to rapidly respond to posts made by one of their contacts on the instant messaging service.

It is currently uncertain when WhatsApp will officially roll out this functionality to the rest of the platform’s users and if it will be an Android-only feature or whether it will also be added to iOS.

It should be kept in mind that WhatsApp now enables you to respond to messages by using all of the available “emoji” in both private and public discussions.