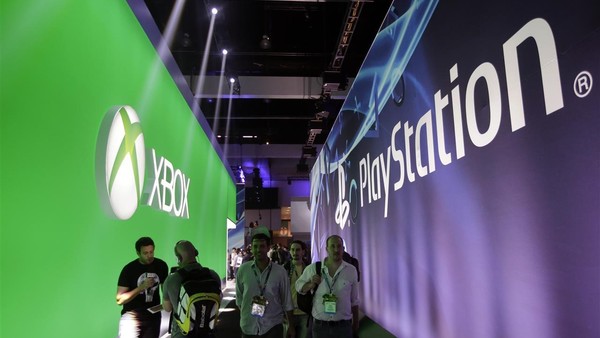 Microsoft had to acknowledge that Sony sold nearly twice as many PlayStation 4s as Xbox One.

The purchase of Activision Blizzard still generates controversy seven months after being confirmed by Microsoft. During this process, the company had to reveal its secret numbers, such as the sales of its flagship Xbox One console which left it far behind arch-rival Sony with its PlayStation 4.

Within the framework of the hearings for Brazil to approve the purchase of the publisher of Candy Crush and Call of Duty, the company had to reveal private information regarding the last generation of the Xbox Series X/S. “Sony passed Microsoft in terms of console sales having sold more than twice as much as Xbox in the past generation,” the company admitted in one of the documents.

The total number of units sold for the PlayStation 4 closed in March with a final report that placed them at 117.2 million. While Microsoft did not provide the final numbers on the Xbox One, their statement suggests that they were below 58.5 million.

Despite falling into the historic “console war”, gamer market analysts believe that Microsoft’s work on that console was key, in technical matters, for the passage to the new generation.

Currently, they believe that the distance between the two companies is smaller: Sony ended 2021 with 17 million units sold, 1.6 times more than Xbox sales.

The other war: PS Plus vs. GamePass

The times of peace between Microsoft (Xbox) and Sony (PlayStation) also ceased in terms of their subscription video game services. Also as part of the regulatory approval process for the purchase of Activision Blizzard, the Redmond tech giant attacked Sony by accuse you of paying for “blocking rights” to keep third-party games out of Game Pass.

The leader of Xbox, Phil Spencer was the first to dismiss all kinds of hypotheses about the restrictions that Microsoft could make regarding Activision – Blizzard content, specifically the Call of Duty franchise, and how they could affect Sony with its PlayStation 4 and PlayStation 5.

“I had some good calls this week with the leadership at Sony. I confirmed our intention to honor all existing agreements following the acquisition of Activision Blizzard and our desire to keep Call of Duty on PlayStation. Sony is an important part of our industry and we value our relationship“, He assured as soon as the details of the negotiation were revealed.

However, the Japanese publisher argued that the purchase would be anti-competitive for PlayStation with such a large publisher under the umbrella of Microsoft. The impact of the acquisition was so great that Sony shares fell precipitously by the time the negotiations were closed.

The battle then focused on its subscription services PS Plus (Sony) and Game Pass (Microsoft) and the content that feeds both platforms.

“Sony pay for the ‘blocking rights‘ to prevent developers from adding content to Game Pass and other competing subscription services.”

So far it is not known what specific games or developers were, nor how much Sony paid and how often they did it. But this resembles a practice known by both companies: pay for exclusivity to keep a game off a rival platform for a period of time.