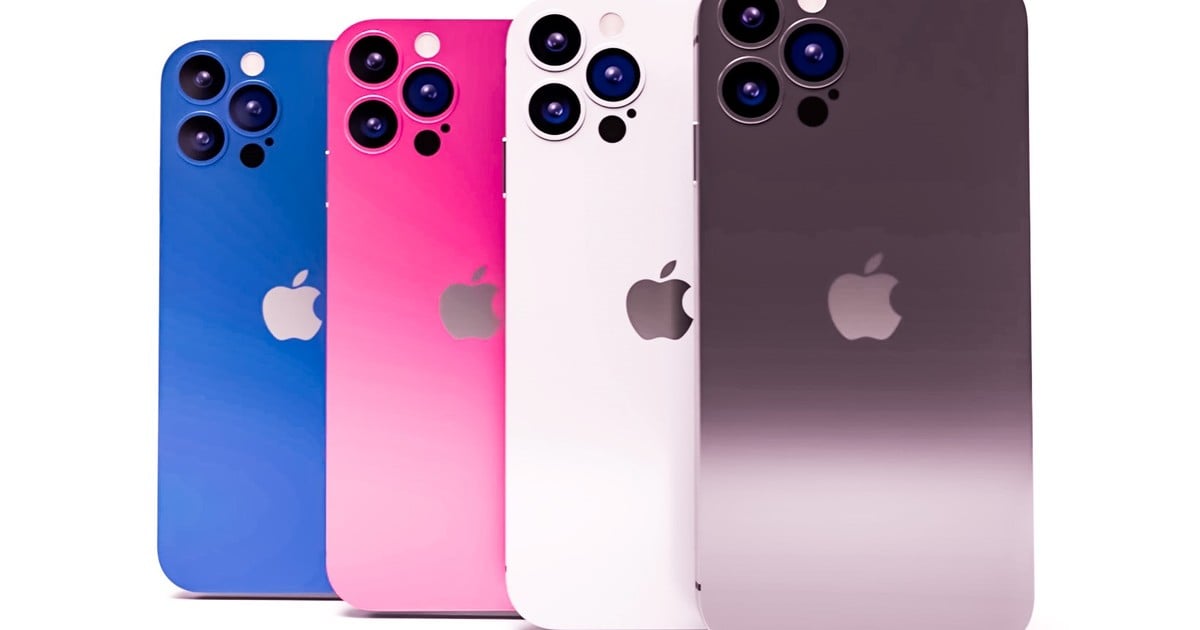 According to leaks, the new Apple cell phones will have a design very similar to that of the current generation.

Once a year, Apple -unlike its competitors that have several launches scheduled- makes the presentation of its iPhone line. For this reason, the buzz is always on the rise in the weeks leading up to the premiere, which usually mid september.

This is the case of the iPhone 14, this 2022 the presentation date is advanced a few weeks.

In a report of Bloombergel leaker Mark Gurman claims that the company will show the iPhone 14 on Wednesday September 7. It will be, except contingency, a new online event in which there is still no confirmed press.

An Apple spokeswoman declined to comment on the date of the event. Since the announcement is still about three weeks away, the company’s plans could change, but Apple usually presents the latest iPhones in the first half of September.

The company launches the new iPhone for sale, in some markets -such as the United States, Canada and the United Kingdom- a week and a half after submission. Apple is expected to continue that pattern this year.

The new iPhones are the spearhead to go through a season of products that also includes several Mac new, iPads low-end and high-end, and three models of the smart watch Apple Watch.

In addition, it intends to update its flagship product in a moment precarious for the industry. As consumers face inflation and economic conditions become unstable, smartphone sales have begun to falter.

What will the iPhone 14 be like: all the rumors

According to Gurman, the iPhone 14 will have a design very similar to the current generation except for one exception that we will only find in the models with the highest performance.

In this way, the iPhone 14 Pro and Pro Max will finally say goodbye to the much-discussed notch to make way for a perforated screen, as most mid-high-end Android devices offer.

But instead of a single hole, iPhones will have two. This has been necessary to accommodate to the front camera and TrueDepth sensors that make the operation of Face ID possible. Therefore, we will have a “pill and hole” type piercing.

Entry models of the iPhone 14 will inherit the chip A15 Bionic the same one found in the iPhone 13. That is, the new A16 Bionic will be exclusive to the iPhone 14 Pro. It is the first time that the company has followed this strategy.

In the photographic range, all versions of the iPhone 14 will arrive with an improved ultra wide angle sensor. In addition, the Pro models will embrace a new 48-megapixel main camera, which will be capable of recording videos with 8K resolution.