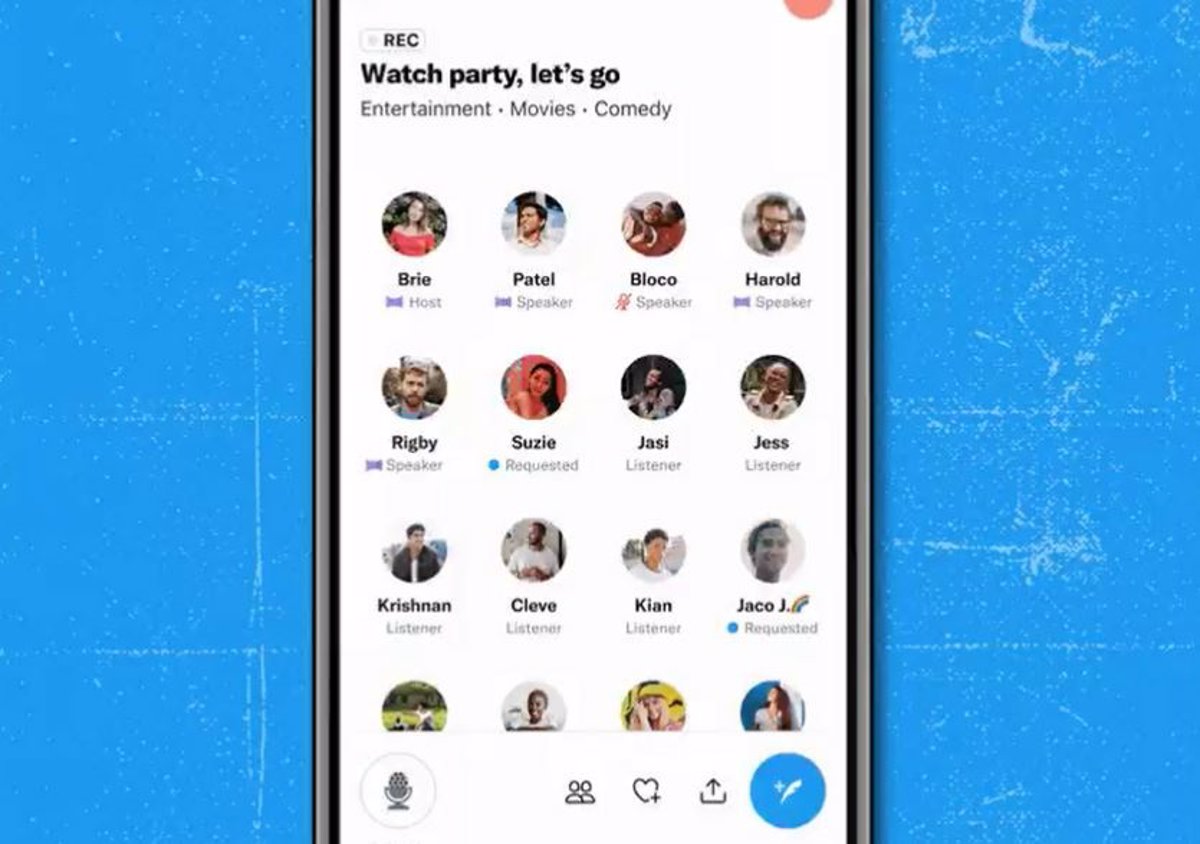 Twitter Spaces, a function of the social network that allows you to create rooms to share voice messages, has implemented a new option through which it allows users to iOS users record and share the conversations that take place within their rooms.

As indicated by Twitter Spaces in your profile, from now on a host who has created a space and has activated the function of ‘Engrave’ (which will be shown with a red circle at the top left of the application), you can access this content and share it with other users.

After concluding the activity of the room, the copy of the audios and its corresponding subtitles (if any) during the 30 days after the closing of this space, so that the host can share it on their profile with other listeners of iOS and Android devices.

They can also download these conversations automatically via Your Twitter Data in that period. If the social network finds any infraction, extend this copy for an additional 90 days (i.e. up to 120 days) so that people can appeal if they think they made mistakes.

Although iOS and Android users have the option to create these rooms, only those with Apple devices they can access the recordings of these conversations. At the moment, Twitter has not clarified if or when it will extend this permission to users of Android devices.

With Spaces, the social network seeks to recover “authenticity, the nuances, the depth and the power that only the human voice can bring “and that is lost in text communications, as indicated it’s a statement.

Within these rooms, users can ask to speak to communicate by voice and become moderators. Thus, it allows them to activate the subtitles so that attendees understand the content, but also react what they listen to with ’emojis’ or tweet simultaneously.

Hosts are in control of who speaks and what topics can be included in their Space, silence the speakers or eliminate them, as well as invite other users to participate in the conversation through a direct message or a tweet with the link of the room.

?? REC has startedone feature you’ve been asking for is Spaces Recording and the ability to replay. Some hosts on iOS will now be able to record their Spaces and share it out to their audience. pic.twitter.com/Puz78oCm4t