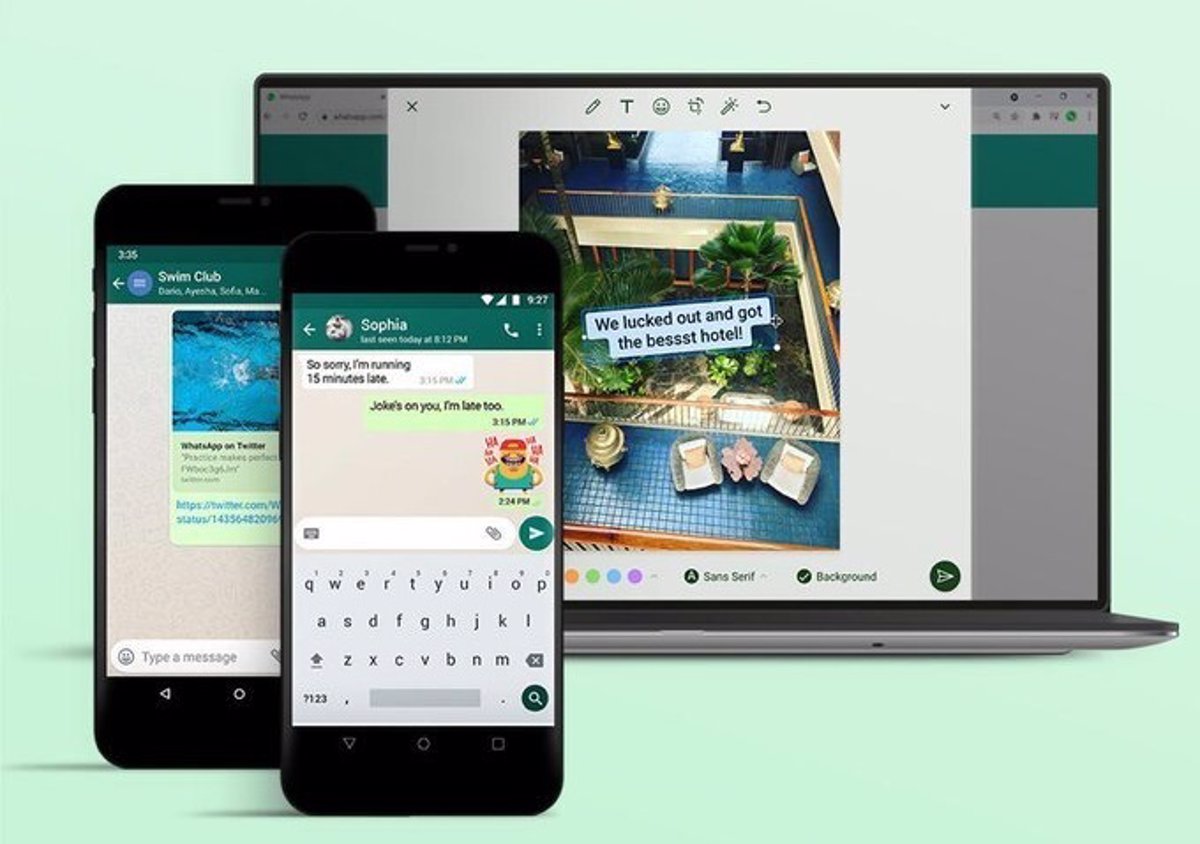 The messaging app WhatsApp has launched new functions among which are the arrival of its photo editor to its desktop version for computers and the ability to view links with full preview and greater context.

The platform, owned by Facebook, has recalled through its Twitter profile three of the features you have incorporated into the app in recent weeks to “update the way you chat” of your users.

The first of the novelties is the arrival of the file editor to the desktop version of WhatsApp. With it, users can use their connected computers to add stickers and text to images, as well as crop and rotate them, a task that previously could only be done from the mobile application.

?? ICYMI: a little fix goes a long way. We’ve made some updates to the way you chat. pic.twitter.com/i7pvkxbeCj

The second of the new functions affects the link preview, which has been enhanced to now become completeso that recipients have more context before clicking.

The news highlighted by WhatsApp conclude with the arrival of ‘sticker’ suggestions, which reduces the tabs you have to go through to find one of these elements if you want to send in a chat.

WhatsApp has made this task easier and faster with the ‘stickers’ contextuales, so that labels will be suggested while the user types, as is already the case with emoji. The app has ensured that with this feature you cannot see your searches and personal messages, protected by end-to-end encryption.