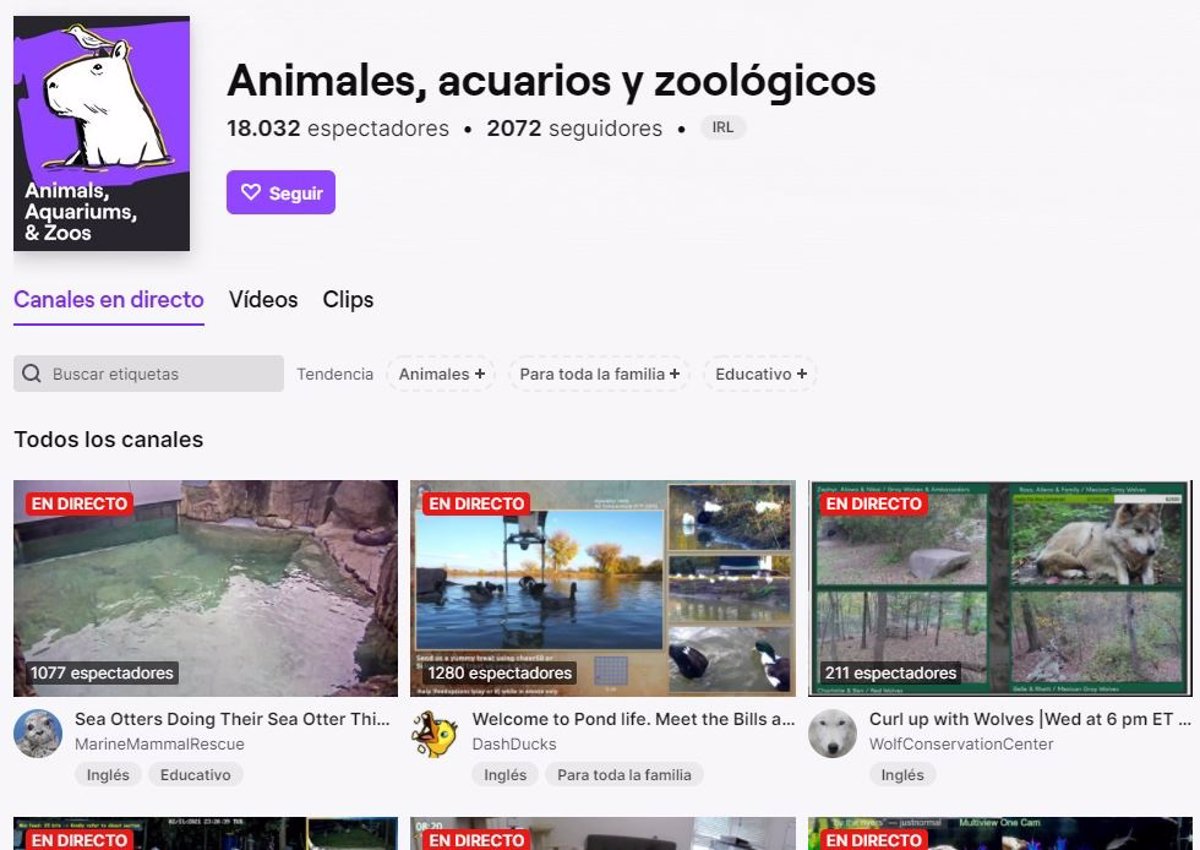 Twitch has introduced a new category called ‘Animals, aquariums and zoos’ in which it unifies the live broadcasts of animals of different classes, a launch that has coincided with the Animal Week on the platform and with which it seeks to facilitate access to users to this content that was previously dispersed in different classifications.

With this initiative and according to a statement, Twitch seeks to offer a compendium of broadcast streams from zoos around the world and public programs for the conservation of species, as well as live videos of individuals and animal owners.

These broadcasts also include some interactive, so viewers can contribute donations through ‘bits’, Twitch’s virtual tokens. With these gifts, you can feed the animals, adjust the lights in a turtle tank or change the background music in these spaces.

Among some of the videos that the channel includes is the live transmission of the day-to-day of a pack of wolves in New York, the nocturnal feeding of a family of raccoons or the activity of a colony of ants. Among individuals, the live videos of pets, like cats or rabbits.

In addition to the possibility of interacting with animals, with ‘Animals, aquariums and zoos’ Twitch has included a series of custom emoticons. Among them are rhinos, squirrels, giraffes, lions, pigs, dolphins and owls with different moods. Users can use them to express their feelings during these broadcasts.