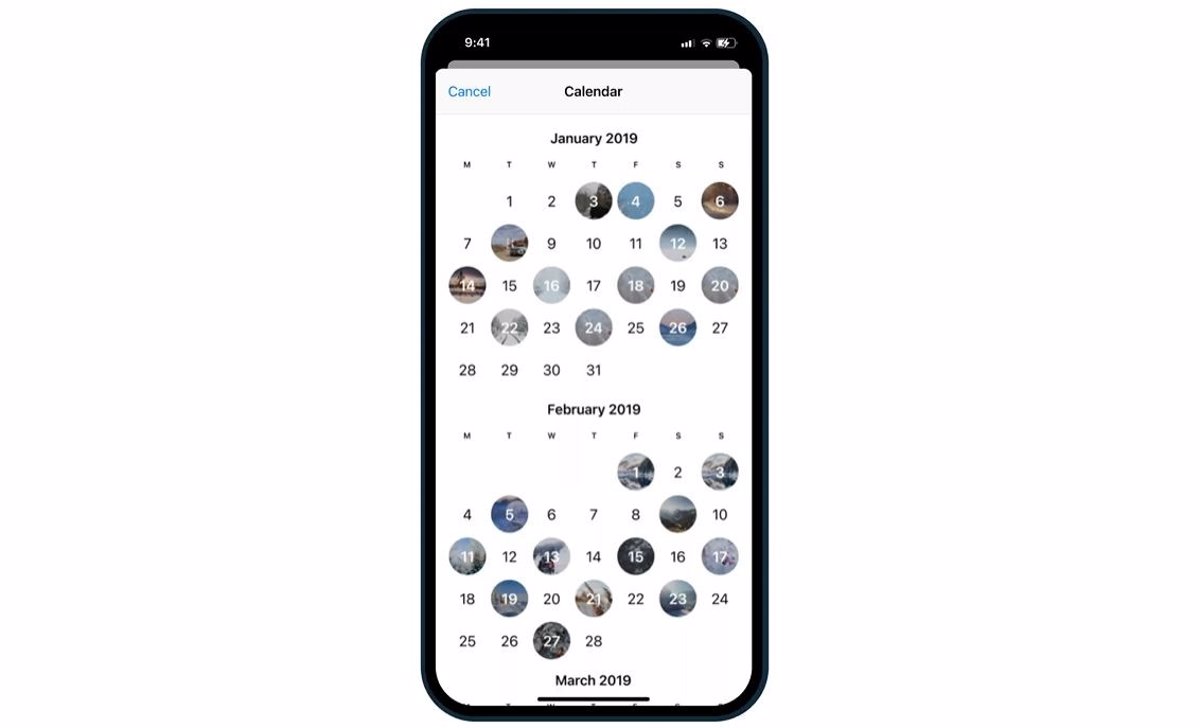 Telegram already has a new update that allows the user to scroll at high speed through the gallery of documents shared in their chats and access a “calendar view” through which these files are directly accessed according to the day they were sent or received.

These are two of the novelties included in the latest update of this messaging platform, which is available for iOS and Android, that you are looking for offer easier and faster handling by the multimedia gallery and improve the user experience in the application as presented in a statement.

With this version, documents can be viewed by zooming in with the device touch and thus being able to see from two or four thumbnails of the images on the screen to dozens of them organized in a single multimedia block.

Another novelty that the update introduces is a new calendar view in chats. In this way, instead of accessing the mass content of these conversations, whether they are audios, images or videos, these are organized and are classified according to date where users have shared that content.

Thus, the preview of a specific day can be accessed before reviewing all the multimedia files that have been sent or received that day and can be filtered according to their nature: videos, photos or both.

Another of the new functions of this update focuses on requests to join groups or communication channels. Now an option has been implemented that grants control of access and participation administrators.

In this way, they will be the ones who can choose which users can join their channel and who cannot, since they can view their profile before accepting the request. This permission is activated in the Configuration menu through the button ‘Request administrator approval’.

You can also create personalized invitations with the name of new members of the channel. With them, the administrator have the option to tag and organize participants and keep more control of who is part of the channel.

As usual with this update, new interactive ’emojis’ are included in private chats that, if the two users have the chat open at that moment, they can visualize its effects and receive vibrations simultaneously.

This update includes specific functions for iOS users and which will be available soon on Android terminals. Between them, eight new themes that can be established in private chats with different backgrounds and customizable colors, as well as their corresponding day and night modes.

Also for Apple users, a system has been implemented that allows knowing where the users are or how long does it take to reach a destination concrete, either on foot, by private car or taxi or by public transport.

Telegram has also redesigned its Settings menu in iOS to adapt to its interface through new simplified settings for Notifications and More intuitive stickers.