allows you to see what they contain before buying 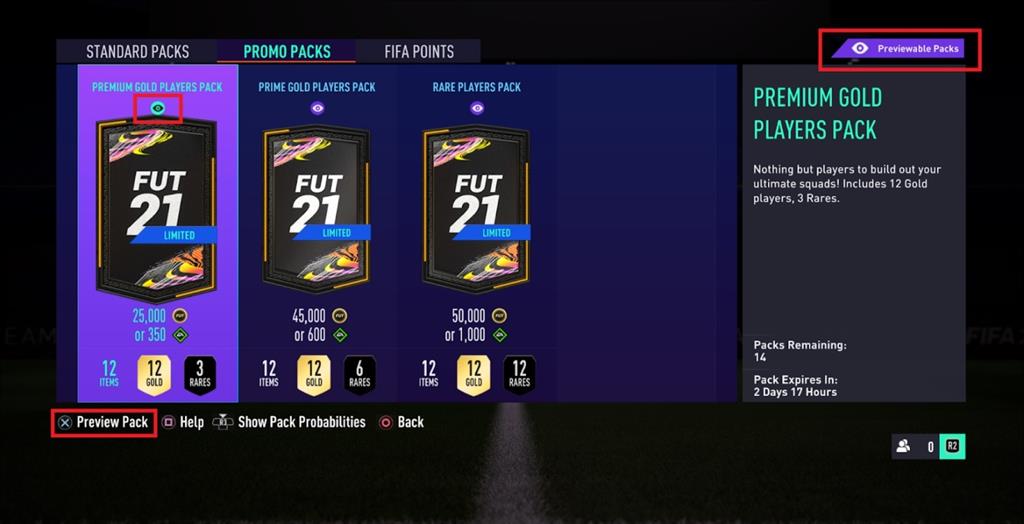 Electronic Arts (EA) has introduced the preview of packs in FIFA 21 Ultimate Team (FUT), that allows you to see what they contain before buying it, although it will only be available in the FUT store and during the FUTbol Festival campaign-

As part of the FUTbol campaign, EA has introduced a type of envelope that contrary to those that had been available until now, it will be previewable, that is, it has a new mechanic that allows you to see the elements they contain before buying them-

These envelopes will temporarily replace the usual packs in the FUT Store, and they can be purchased with both FUT Coins and FIFA Points, as EA has reported on their blog- However, note that booster packs that are earned in Division Rivals or earned as objectives will continue to work as before-

The user will be able to check the content by selecting an envelope with preview in the store, which will trigger an opening animation and, after it, they will be displayed all the elements it contains, so that they can be seen calmly– Although it will not indicate if there are duplicates-

The purchase option will be available at the bottom, which will ask the user to confirm this option and select the payment method- If you choose not to, the preview will remain in the store, but with a countdown that first will have to finish to be able to preview another envelope–

There are, however, two types of preview envelopes: those with limited time, which indicate the time during which they will be available, and those with limited units, and once the stock runs out, they can no longer be purchased-