Three years ago the Italians joined Alexa for the first time 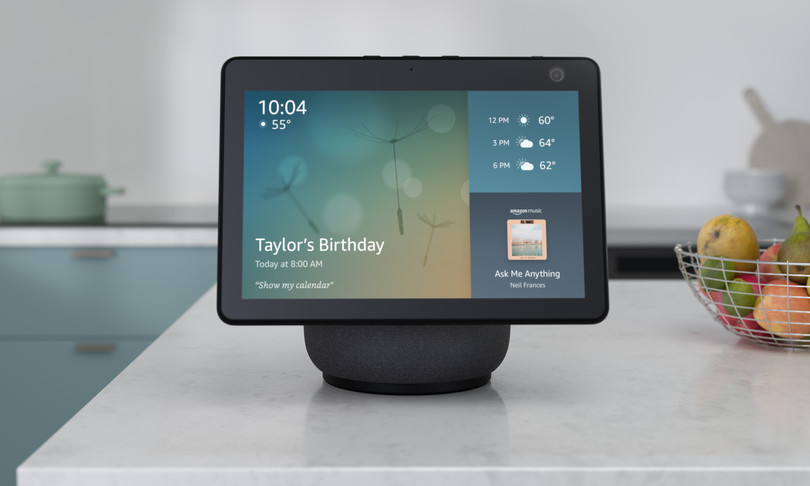 Three years ago – with a delay of four years compared to its debut in the United States – the first Alexa device entered the homes of Italians. And it seems that three years of controversy over the privacy and access to personal data that voice assistants (not just Amazon’s) allow to those who control them, they seem not to have discouraged who now interacts more and more with them.

“In the first three years of arrival in Italy, active users who use Alexa have grown significantly, over 80% year on year” says Gianmaria Visconti, Amazon Alexa Country Manager “and in 2021 alone there are over 5 billions of interactions between users in Italy and Alexa. Some of these demonstrate how Alexa entered our homes like a real additional member of the family: just think that over 7 million times, in the last year alone, users have told her “I love you”.

One of the functions (or skills, as they are called in Alexian jargon) most appreciated right from the start was the ability to play music in streaming. A constantly growing phenomenon in Italy: over 280 million hours of streaming have been used in the last 12 months. Among the most requested songs we find Malibù by sangiovanni, Baby Shark and Musica lightissima by Colapesce and Dimartino.

Alexa was also a protagonist in the kitchens of Italian users too through the skill of GialloZafferano, the most popular food media brand in Italy, thanks also to the ability to set timers and alarms – about 500 million in the last year alone in Italy – check the preparations to follow, add ingredients to the shopping list and consult it once you arrive at the supermarket . In 2021, cooking was a great distraction and a source of pleasure for many, and over 5 million recipes were consulted. Do users prefer them? Spaghetti carbonara, Tiramisu and Pancakes with maple syrup.

This year Alexa has also invented a sommelier, recommending wines from Italian cellars with which to accompany lunches, dinners and convivial moments.

The spread of voice assistants goes hand in hand with the evolution of smart homes and products developed by companies such as BTicino, Fastweb and Philips Hue. There are over 140,000 Alexa-compatible smart home devices worldwide – including lights, sockets, intercoms, Internet boxes to manage the ultra-fast connections of devices to the home network and cleaning robots – and over 200 million already connected to Amazon’s voice assistant. In Italy we have over 4,500 skills available, of which 544 are dedicated to the smart home, developed by Amazon together with third-party developers. In 2021 alone, in Italy, there were over 1.2 billion interactions between smart devices and Alexa, with over 100,000 commands a day given vocally to make the smart home work with BTicino. In the last year there are also about 1 billion interactions between Alexa and the main lighting systems, including those offered by Philips Hue.

Users in Italy also ask many curiosities, questions to Alexa. The most popular of the last year? “What’s on TV tonight?”, “How many days are there until Christmas?”, “What saint is today?”.

But home isn’t the only place to get Alexa support. Even inside some cars, such as Maserati, you can play music, make calls, listen to audiobooks and news, see the weather, control compatible smart home devices, get directions, find parking.

“We would not have achieved these results without the combination of several factors. First of all the work carried out by the Italian team: 50 colleagues, including Language Engineers and Data Scientists, from our Research and Development center in Turin, who in recent years have improved the linguistic understanding of Alexa by about 70%. Plus all the other Alexa team members who work every day to make Alexa the ideal voice assistant – friendly, talented, and fun. And obviously we cannot forget the great contribution of the companies we collaborate with and that of the developers ”, concludes Visconti.

Alexa’s functionalities in Italy are the result of the work of a community of developers, now made up of over 54,000 members.