What it is, what are its advantages and why is it important for cell phones 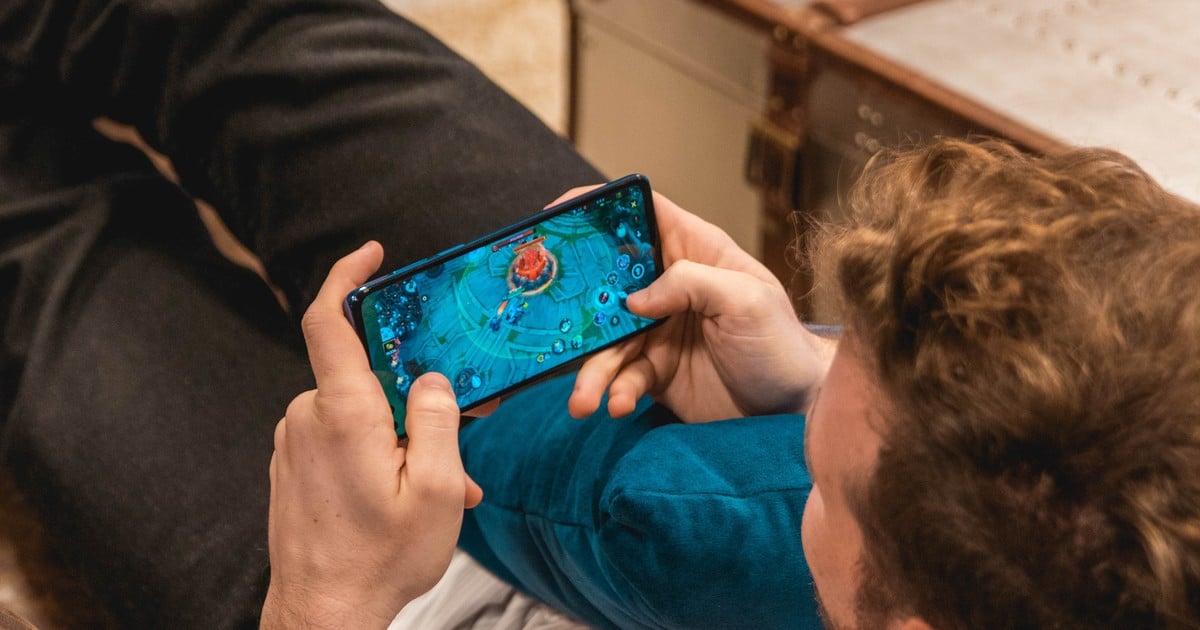 At the end of the 19th century, the Lumiere brothers began to work on something that seemed impossible at the time: the possibility of “photographing” moving images. Over the years, that concept of turning an image on and off to generate the effect of motion evolved from tube televisions to the screens of today’s Android and iPhone cell phones.

Currently, the manufacturers that make up the mobile device industry promote different types of LCD, AMOLED, OLED and Retina screens that can reach an image refresh rate of 60Hz, 90Hz, 120Hz and 144Hz, previously exclusive among high-end equipment. But what do these values ​​represent?

Although it may not seem like it, the screen of our cell phone is turning on and off steadily. Displays an image and turns off, like this, every time, in milliseconds.

The human eye ensures that we cannot appreciate this process, a kind of “blackout”, a phenomenon known as “retinal persistence”. Exactly, the one that made cinema possible, which was nothing more than a rapid succession of photographs.

The Hertz of a screen is then the number of times it is turned on and off per second. The 60Hz ones do it 60 times, the 90Hz ones 90 times and so on.

If there is a movement, when they turn on again, they update what we see in the moment. This happens thanks to a specific software that makes constant broker with graphics unit (GPU), the chip that is responsible for “telling” the screen what to project. Yes, all of that in milliseconds.

Apple was the last mobile giant to include the refresh rate on the screens of its iPhone 13. (Photo: AP)

The last to add this feature to their cell phones was Apple with the iPhone 13 Pro y Pro Max a couple of years after various devices Android. In these cases, the refresh rate may change from 10Hz to 120Hz automatically depending on the content on the screen.

How a cell phone changes with a refresh rate

Plus a better fluidity and displacement, the screens of more hertz (Hz) do not impact on all the activities that we carry out with the cell phone.

“Yes, there will be improvements when scrolling through the interface, whether by opening an app, the notification bar or going through a social network. The same when we play a game prepared to emit more than 60 images per second, which includes the most popular ones ”, explained Pablo Brancone, Motorola’s local product manager.

On the contrary, there will be no difference when using slow scrolling apps such as messaging. The difference will be reflected when recording a video or when we reproduce it, it will occur only when the recording rate is greater than 60fps.

It is clear that having a good refresh rate it is no longer just an added value. Currently having a panel of 90 Hz or more is a feature that makes the difference. And not only in the high-end, but also in the mid-range, as can be seen with more and more models available.

Historically, cell phones had 60Hz screens, a refresh rate that was increasing to initially meet the needs of gamers and those enthusiasts who spend leisure time on digital entertainment.

The Edge 20 Pro motorcycle has a 144 Hz refresh rate, the highest of a cell phone in Argentina.

But nowadays, this improvement is present in more and more devices, without it meaning paying more. Another example of how smartphones democratize access to technology.

“Samsung It tries that all the technologies of its flagship at some point are adopted by its most massive models. Today the models of the new line A72, A52 and A32 begin to bring 90hz of reflex rates. The new lines that arrive next year will be closer to 120Hz “, recognizes Mariano Descanio, Product Marketing Manager at Samsung.

The benefits of the refresh rate

It allows smoother animations and a harmonic displacement, without losing details. That includes most of the actions that the user performs during the day, such as scrolling for a contact, a photo, reading news, jumping from one application to another or browsing a social network.

And when it comes to playing, the benefit is even clearer: no detail of what happens on the screen is lost, a key point for games where you need to react as quickly as possible to each action. So the higher the hertz (Hz), the better the screen experience.

This same functionality -a higher frequency- makes cell phones compatible with stylus pens, such as Samsung’s S21 Ultra or Galaxy Z Fold 3 5G, have better precision when writing. At 120 Hz, for example, the human eye cannot distinguish the logical delay of doing it freehand on the screen.

Gamers mainly take advantage of it because it is a lot more intuitive when touching the screen in competitive games like League of Legends: Wild Rift, PUBG Mobile, Garena Free Fire, Mobile Legends or Arena of Valors that require fast and precise movements to win the games.

The main enemy of the refresh rate is the excessive consumption of the battery, one of the tasks to be solved by the manufacturers. In recent years, various models have been marketed that try to make a balance between the comfort of using a fluid screen without having to worry about unexpectedly running out of charge.

In the case of Motorola, the 90Hz screens were only present in the high-end, within the motorola edge family and also in the moto g100, to now reach the moto g30 and moto g20.

Moto g60s, the renewal of the model launched in April, with a 120Hz screen. Photo: Motorola.

The percentage is higher in equipment such as the moto g60s, which has a display de 120Hz, but that is balanced by a large 5,000 mAh battery, enough for more than two days of autonomy. Meanwhile, the motorola edge pro and motorola edge 20 raise the bar to 144Hz.

Meanwhile, the screens of the latest Samsung models have a technology called Dynamic Amoled that allows the cell phone thanks to artificial intelligence (AI) to adapt the amount of hertz to take care of the performance of the battery.