Opium in funerary rituals 3,500 years ago 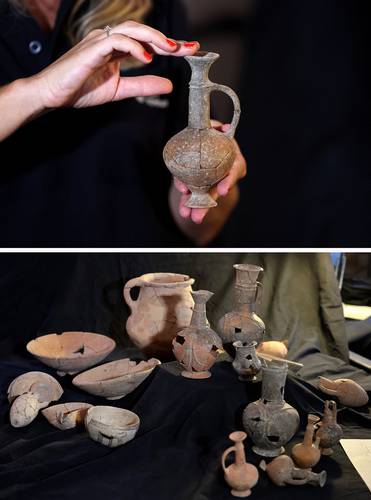 Israeli archaeologists yesterday reported the discovery of opium residues on 3,500-year-old ceramic pieces, evidence that supports the theory that this hallucinogenic drug was used in funeral rituals. The joint investigation by the Israel Antiquities Authority and the Weizmann Institute of Science began in 2012 when excavations in the Israeli city of Yehud revealed a series of tombs from the Late Bronze Age. They found some pieces similar to poppy flowers, from which opium is derived, dating from the 14th century BC.Afp Foto Photo

One thought on “Opium in funerary rituals 3,500 years ago”