Amazon presents its new Fire HD 8 tablet, with 13 hours of autonomy and 30% faster 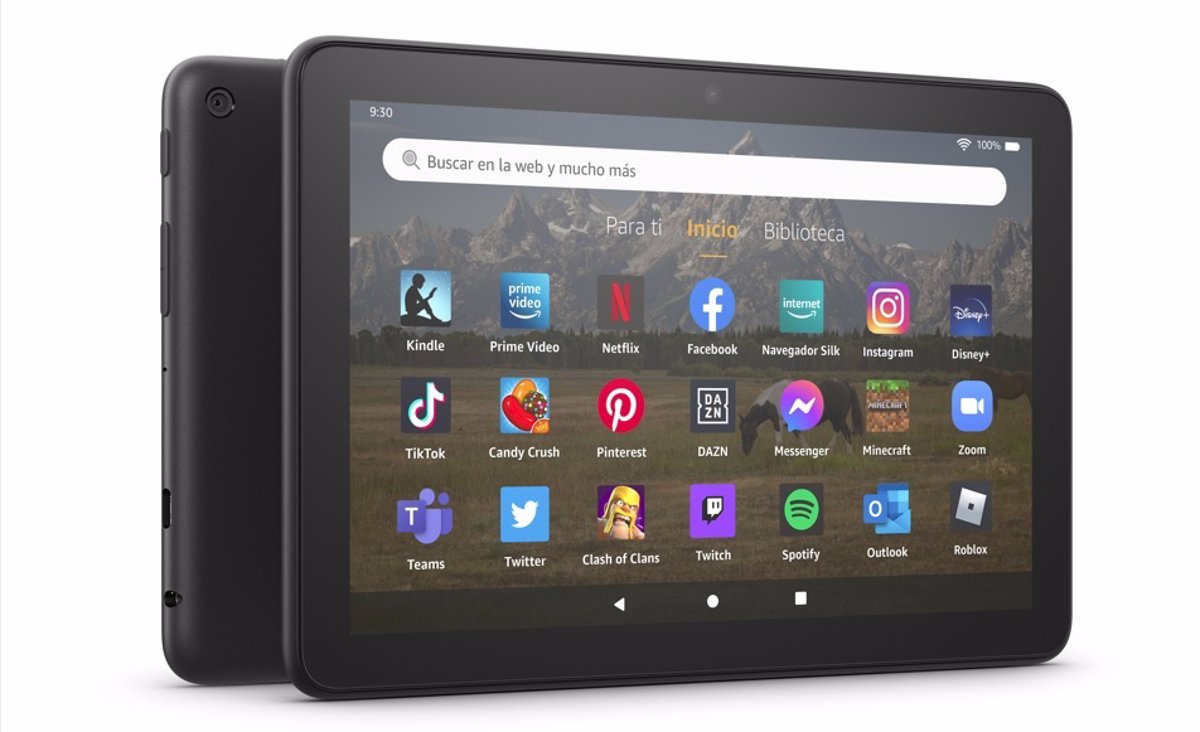 Amazon has introduced the new model of tableta Fire HD 8which improves autonomy reaching 13 hours of use and processing speed by up to 30 percent, and is now available for reservation from 114.99 euros.

Amazon’s new tablet improves processing speed by 30 percent with a six-core processor, which enables the use of two applications simultaneously with split screen, and the ‘picture in picture’ mode with applications such as Prime Video.

The 8-inch screen of this equipment offers a HD resolution, and is made of reinforced aluminosilicate glass, which makes it more resistant than previous models. It has support for dolby atmos sound, as detailed by the company in a press release sent to Europa Press.

Fire HD 8 offers a battery life of up to 13 hours and its charging system fully fills the battery in five hours with the usb type c cable and the 5W power adapter, both included in the box.

It also includes a function of Screen size that allows visually impaired users to enlarge everything on the screen, or reduce its size to have more space to do more things on it. It also has the voiceview screen reader, screen magnifier, subtitles font size, high-contrast text, color inversion, color correction and conversion from stereo to mono sound.

The new Fire HD 8 is available for reservation from this Wednesday, starting at 114.99 euros, in black and in two storage options: 32GB y 64GB, expandable via microSD.

One thought on “Amazon presents its new Fire HD 8 tablet, with 13 hours of autonomy and 30% faster”