WhatsApp: how to activate the new free emojis 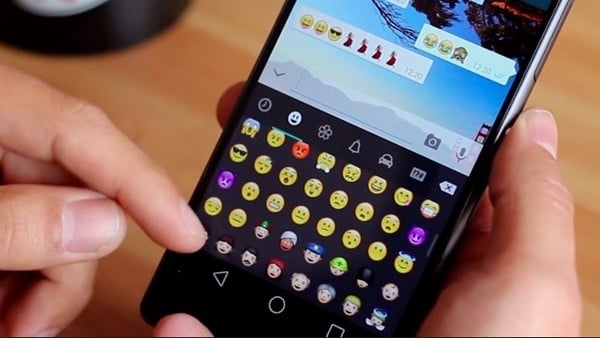 Emojis became over time one of the usual resources when having a conversation on WhatsApp. This need on the part of users grew simultaneously with the wide and varied offer of designs as long as you keep updated to the latest version of the messenger, both on Android and iPhone.

WhatsApp has recently incorporated more and more inclusive and diverse emojis. In version 2.21.23.4 you can see two non-binary people with a heart in the middle, expressing affection, as revealed by the site WaBetaInfo that usually anticipates the improvements that will come to WhatsApp.

On the other hand, 37 new emoji designs are expected to arrive in late 2021 or early 2022, which were approved by the Unicode consortium in September.

In the country, in total, around 33.1 million people have access to a cell phone.

One of the most important novelties of this new batch of emojis is the incorporation of “Pregnant person”, instead of pregnant woman.

“Yes, the vast majority of people who are or were pregnant or giving birth identify themselves as women. But there are intersex men and trans men and non-binary people who can and do get pregnant, ”he explained. Jennifer Daniel, Creative Director of emojis at Google, in previewing this design in July.

The executive explained at the time that these emojis were not intended for single use. On the contrary, the objective is that they can be used to contextualize various situations within a WhatsApp conversation: “The pregnant person can also be used to say ‘I ate a lot and my belly is so swollen’ or I am hiding something under the shirt” , he acknowledged.

WhatsApp: how to update to the latest version

WhatsApp, the most used messenger in the world. Photo: EFE

To have the latest emoji pack available for Android, open the Google Play Store, then tap the icon Menu> My apps and games. Touch “To update”, right next to WhatsApp.

Alternatively, you can open the Play Store and search for WhatsApp. There, you must touch “Update”, just below WhatsApp.

For iPhone users it is slightly different. First access the App Store, then click on “Updates” in the upper right. Next step, you must search the list for the WhatsApp application and finally, choose “Update”.

How to activate the multi-device mode of WhatsApp

After several weeks of development in beta form, WhatsApp began to activate the new multi-device mode for all users for both the web version and the desktop software. This ambitious new feature allows you to use an account without the main device being connected to the internet.

Therefore, it will be possible continue to have conversations if the cell phone runs out of battery or does not have a stable connection. Also maintaining the synchronization of conversations and multimedia content.

The process to activate the new WhatsApp multi-device mode is very similar to the one that the messaging app used in the previous version.

WhatsApp, remember, allowed to connect the account to the PC, but it was essential that the main smartphone was connected to the internet. Now, users with an iPhone or Android cell phone can access the “Settings or Configuration” option from the app and enter “Linked devices” to add a new one.