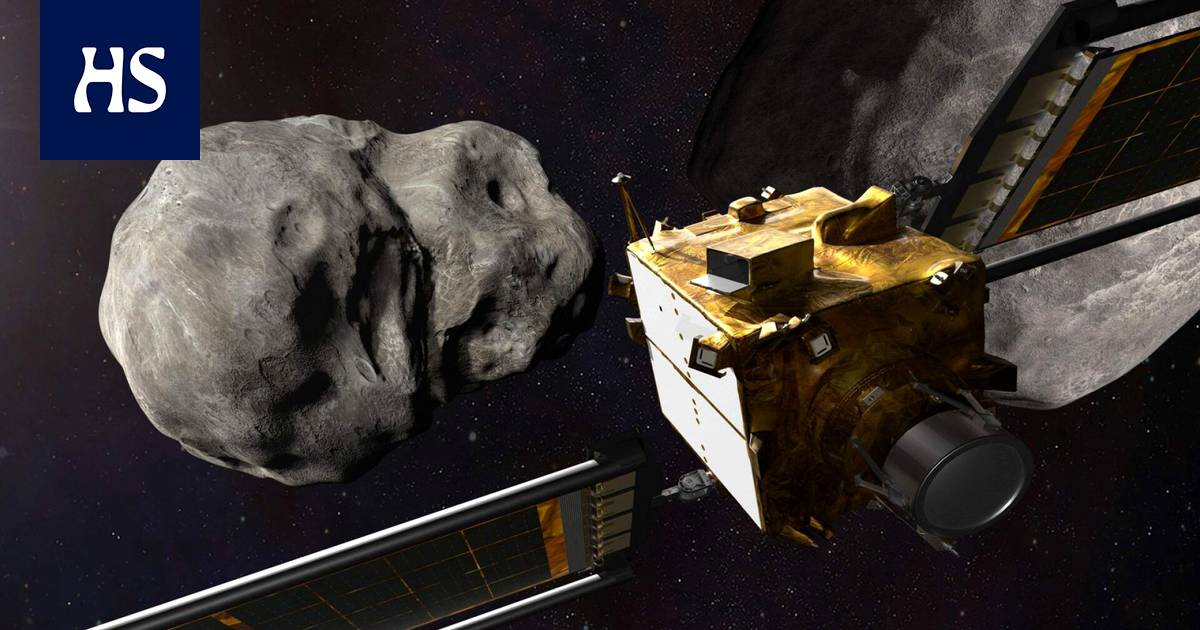 The aim of the collision is to bring about a small change in Dimorphos’ trajectory and shorten its orbital period by a few minutes.

If The US space administration NASA’s ambitious plan will succeed, next night for the first time people will demonstrably change the trajectory of an asteroid.

The Dart spacecraft, which was launched into space last year, is scheduled to collide with the approximately 160-meter-diameter Dimorphos orbiter on Tuesday after two o’clock in the morning Finnish time. The ship’s name Dart comes from the words Double Asteroid Redirection Test.

HS will show the NASA live broadcast of the test, provided by the news agency Reuter, from around one o’clock. The probe is scheduled to hit the asteroid at 02:14.

Asteroids are rocky bodies smaller than planets but larger than meteoroids that orbit the Sun.

Dimorphos is an orbiter of the Didymos asteroid 11 million kilometers from Earth. The aim of the collision is to bring about a small change in Dimorphos’ trajectory and shorten its orbital period by a few minutes.

Dimorphos is quite small even for an asteroid, as its diameter is only 160 meters.

The European Space Agency, Esa, plans to send a probe to Dimorphos later, which will study the effects of the collision in more detail.

I will try with this, NASA hopes to find out how asteroids traveling towards Earth could be deflected away. Large asteroids could cause massive destruction when they hit Earth. However, Dimorphos is not a danger to Earth.

For 3.5 billion years, large and small celestial bodies have hit the earth at a steady pace.

At issue isn’t the first time humans have caused an explosion on an asteroid.

In 2019, the Japanese Hayabusa2 spacecraft detonated a small explosive on the Ryugu asteroid. The explosion caused a 50-meter-wide crater on the surface of the asteroid.

In 2005, NASA’s Deep Impact spacecraft again caused an explosion on the Tempel 1 asteroid.