In Antarctica, the glacier is retreating at an alarming rate in some places 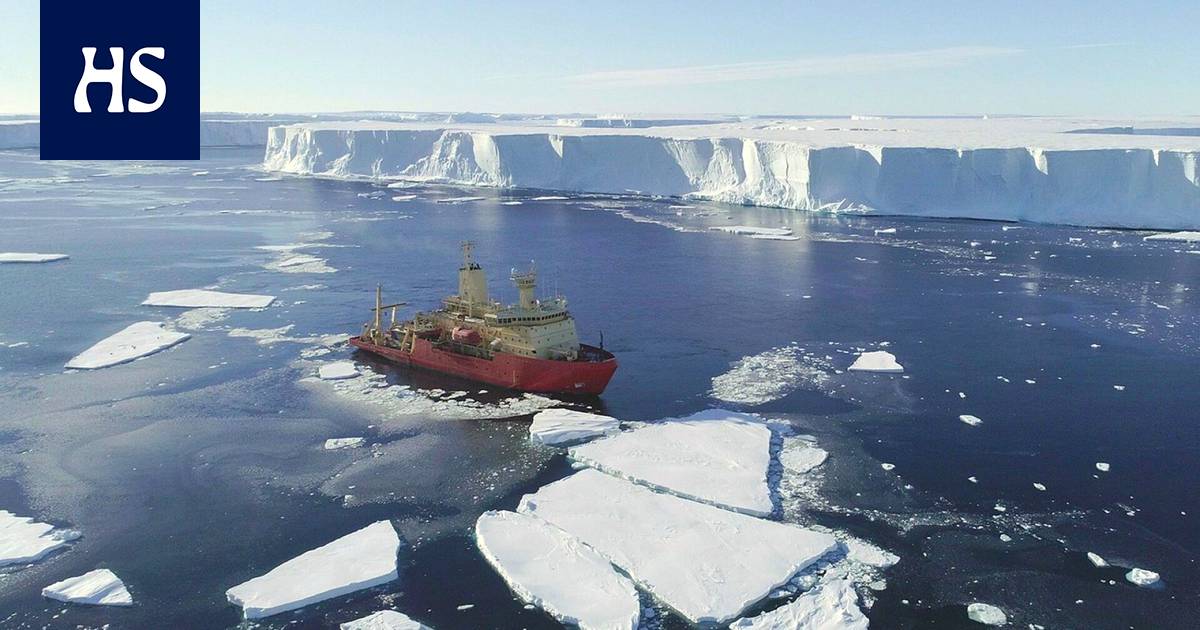 Antarctica is warming faster than the global average due to climate change.

Thwaites, one of the largest glaciers on the continent, has become a particularly big concern, and large cracks were recently discovered in the ice shelf floating above the sea.

It is estimated that the ice shelf will crumble within 5–10 years.

The speed of the change also surprised the researchers, says the director of the Antarctic Institute in Chile Marcelo Leppe.

“The speed of change is surprising,” researcher Marcelo Leppe says about the melting of the Antarctic glaciers.

Why are the observations made on the continent so significant?

The ice shelf has acted as a plug and prevented the Thwaites Glacier from draining into the sea. However, now the warmed sea water has started to melt the ice shelf quickly from below.

Researchers estimate that when the ice shelf breaks up, the glacier located on the continent can flow into the sea at an accelerating rate. That, in turn, would accelerate sea level rise in the coming decades.

Read more: What will happen if a giant glacier in Antarctica collapses? A cavity of tens of kilometers has appeared under the Thwaites glacier

How surprising were the results to the scientific community?

The speed of change is surprising. We are only now beginning to see how different types of events, from heat waves to changes in water salinity and ocean currents, affect each other. Predicting their mutual interaction is difficult.

What are some examples of such interactions?

In recent years, heat waves have increased large forest fires in Australia, for example. A lot of soot has traveled from there to Antarctica, which colors the snow dark. Dark snow absorbs more radiation and makes it melt more easily.

The reflectivity of the ice is also changed by different kinds of algae, which with warming can spread deeper into the continental glaciers.

Is the Antarctic ice shrinking all over?

No, some of the central parts of the continent have actually cooled. In the peripheral areas, however, the change is clear.

I have been visiting Antarctica for 20 years at various research stations, and in some areas the glaciers have retreated more than 200 meters during that time. Where there used to be the tip of the peninsula, there may now be an island.

In practice, we have to redraw maps, especially in the northern regions of the continent.

How is warming seen in plants and animals?

The zones of plant and animal species living on the edges of Antarctica are moving south.

For example, some penguin species have moved into areas that were previously too barren for them to nest.

In addition, alien species have spread to Antarctica from the surrounding continents. Close to the research stations, for example, sedges have started to grow.

How do you try to protect the continent?

Antarctica is no longer seen as a separate area from the rest of the world, the protection of which is locally related to, for example, the reduction of pollution and microplastics.

Ocean currents surrounding the continent affect the climate globally, just like the Gulf Stream. In order to protect it, the most important thing is to reduce emissions worldwide.

What gives you hope about climate action?

International cooperation is closer than ever, and Antarctica has come into the spotlight: researchers from the region were invited to participate, for example, in the work of the intergovernmental panel on climate change, the IPCC.

We are currently also witnessing the revolution of renewable forms of energy. In the 1980s, we achieved the Montreal Treaty on Propellant Gases, which has reduced ozone depletion – no small feat. We can do the same for carbon dioxide as well.