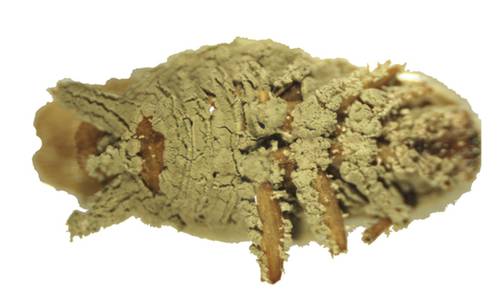 A common fungus called Metarhizium robertsii was found by a University of Maryland researcher and his colleagues to remove mercury, a rising global public health issue, from the area around plant roots as well as from fresh and saline water.

They also enhanced the mushroom’s detoxifying properties through genetic engineering.

According to this new research, using Metarhizium to clean up mercury-affected streams and safeguard crops in contaminated areas could be both affordable and effective.

Entomology professor Raymond St. Leger of the University of Maryland conducted the study, which was reported in Proceedings of the National Academy of Sciences.

Weiguo Fang of Zhejiang University in Hangzhou, China, headed the experiment that discovered that metarhizium stops plants from absorbing mercury, according to St. Leger. Even when it was planted in contaminated soil, the edible plant develops normally. Additionally, both freshwater and saltwater can easily lose this element to the fungus itself.

In soils from hazardous locations like mercury mines, Metarhiziumes is one of the only living creatures to be discovered, but no one has yet figured out how it survived or whether it has any bearing on the plants it usually coexists with.

The two genes that were comparable to those of the mercury remediation bacteria were subsequently removed through genetic modification of the fungi. When they repeated their trials, the corn plants were no longer shielded from polluted soil by the Metarhizium modified soil, and the corn perished.

The scientists introduced the genes into a different fungus that does not typically shield corn from mercury to confirm that the genes offered the detoxifying properties. In order to protect plants from contaminated soil, the newly altered fungus served as the Metarhizium.

These genes express enzymes that convert extremely hazardous organic forms of mercury into less dangerous inorganic mercury compounds, according to microbiological analyses. Finally, the scientists genetically modified Metarhizium so that it would express more genes involved in detoxification and produce more enzymes that are beneficial to health.

In their final trial, the researchers discovered that by combining this element with metarhizium, they could also remove it from fresh and salt water in 48 hours.

The following stage will be to carry out field tests in China to determine whether the fungus can convert hazardous conditions into useful areas for cultivating corn and other crops. Present-day remediation techniques for contaminated soil necessitate clearing entire fields or neutralizing them with poisons before anything can be planted. That could be incredibly time- and money-consuming. On the other hand, Metarhizium only purifies the soil around the plant roots and stops them from absorbing the toxin.

This fungus defends its plant habitat by permitting plants to flourish in mercury-rich surroundings.

according to St. Leger. It is the only bacterium with this capability that we are aware of.