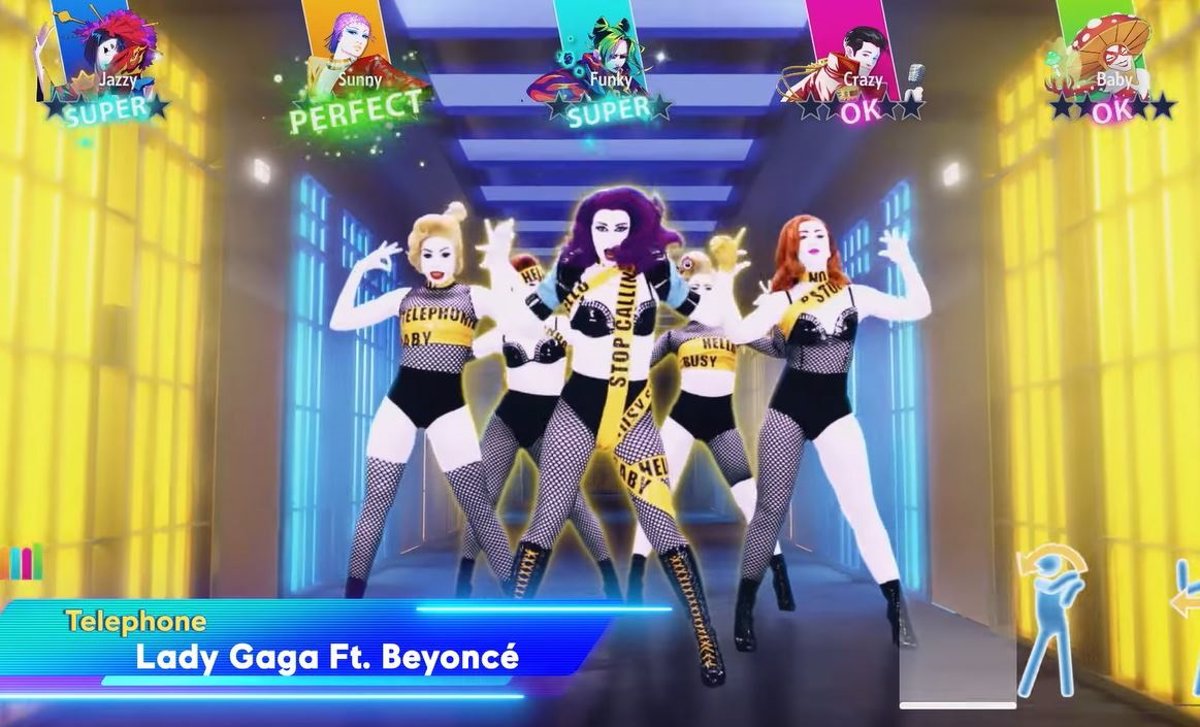 Ubisoft has announced that the music and dance video game Just Dance 2023 is now available, which can be purchased for Nintendo Switch, PlayStation 5 (PS5) and consoles Xbox Series X y S.

This new version consists of a list of 40 new hits and universes, ranging from huge hits to viral internet phenomena and other original songs. Among them, ‘Therefore I Am’, by Billie Eilish, or ‘Sweet But Psycho’, by Ava Max.

Other artists that join the catalog of this game are Britney Spears with ‘Toxic’, Kylie Minogue with ‘Magic’, Imagine Dragons with ‘Radioactive’, Evanescence with ‘Bring Me To Life’, Harry Styles with ‘As It Was ‘ and Electric Sixx with ‘Danger! High Voltage’.

the new age of Just Dance debuts novelty to never stop dancing, among which are the recommendations of ‘playlists’ personalized and songs selected for each player, as well as a new artistic direction of the game.

Specifically, Just Dance 2023 has a redesigned user interface and is capable of offering immersive worlds in three dimensions (3D), as well as menus with easy and intuitive navigation.

one of the great novelties offered by this edition, in fact, it is the ‘online’ multiplayer mode, which will be available later in the most advanced versions of Xbox. This option will allow players to play the game with five other people thanks to the Groups option.

To use this feature, all players will need to connect to the host’s main menu, allowing them to interact with each other via emotes, co-choose songs, and get together virtually on the same dance floor.

The company has also indicated that the ‘matchmaking’ o Matchmaking of these groupings will be available in a future Just Dance 2023 Edition update.

On the other hand, players will be able to access a ranking thanks to the new progression system, with which points are earned for each completed dance. With these points, they will be able to unlock rewards and customize the Dance Cards. These dance cards can now be adapted to the personality of each user and they will also be able to modify their avatar, background, identifier and alias.

On the other hand, Just Dance 2023 Edition players will have the opportunity to redeem the points for receive smileys and, with them, they will be able to communicate with the rest of the players in the online groups.

A new subscription streaming system has also been introduced, from which you can access an ever-growing catalog of songs,with more than 150 songs from Just Dance covers.

This list will be expanded throughout the next year, to which new exclusive songs will be added, as well as some of the greatest hits in music history. All those who wish to know this option can do so through one month free trial included with the game.

Ubisoft has indicated that it will regularly release a series of video game updates, with which players they will receive new game modes,songs and theme seasons for years to come.

Finally, the company has presented the Just Dance 2023 Controller application, which turns the phone into a controller thanks to scoring technology. With her they can play up to six players without the need for other additional accessories.