Campaign launched to rescue axolotls and their habitat 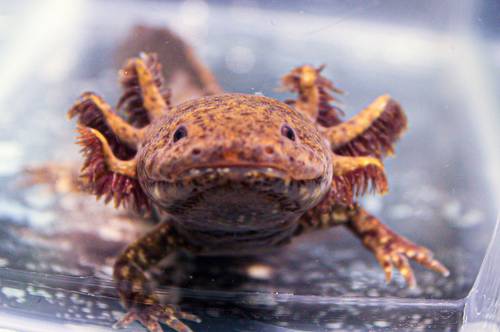 Luis Zambrano González, head of the Ecological Restoration Laboratory of the Institute of Biology (IB) of the National Autonomous University of Mexico (UNAM), announced the launch of the international virtual fundraising campaign AdoptAxolotl.

Zambrano pointed out that the purpose is to continue the work in chinampas-refuges, which maintain a barrier against predators of axolotls, as well as the work with the chinampas who participate in traditional agricultural activities and care for those asylums.

It is not a species if it is not in its habitatalerted to the interest that has been aroused in recent years by having these amphibians as pets”, something that is seen in aquariums, as well as in cartoons and video games in various countries. We must conserve the species, and let it reproduce in its natural ecosystem, which is in our country..

He affirmed that in the census carried out by his group in 2014, 36 axolotls were counted per square kilometer in Xochimilco, while in past decades there were thousands and then hundreds of individuals.

The scientists identified three factors for which the population of these animals has decreased: the urbanization of Xochimilco; the quality of the water, full of waste from a treatment plant, and the species introduced –carp and tilapia– in the 1970s and 1980s, with a vision of a green revolution.

Diana Laura Vázquez Mendoza, coordinator of the campaign, explained that they have two direct donation schemes: Invite an axolotl to dinner, for the maintenance of the colony, and Tune up the axolotl’s house, aimed at the chinampas-shelter.

In virtual adoption programs, with 200 pesos you can invite an axolotl to dinner, with a thousand to spruce up your house and, if you want to donate more resources, you can adopt a specimen or your house for one, six months or a year .

Vázquez reported that depending on the donation, informative posters will be received, postcards, and you can even put a name to an axolotl or to the chinampas-refuge.

Juan de Dios González Razo, Director of Operations of the General Directorate of Administrative Services of the UNAM Online Store, invited you to visit the page: https://www.tiendaenlinea.unam.mx.

One thought on “Campaign launched to rescue axolotls and their habitat”