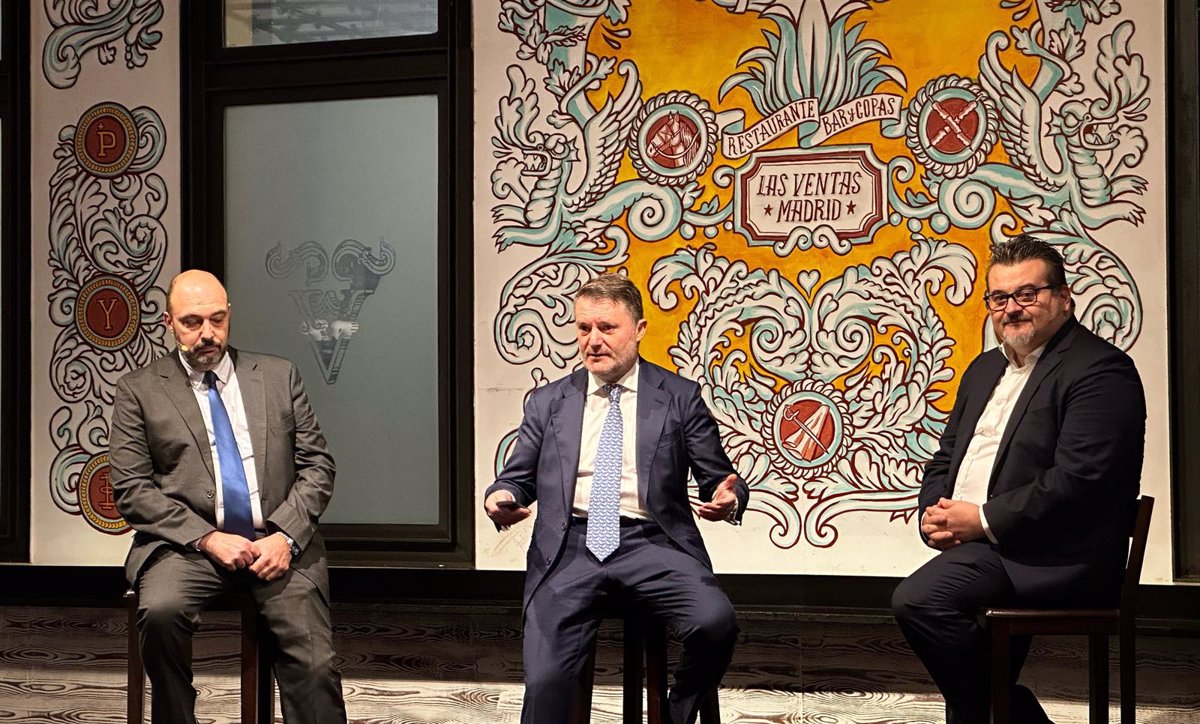 Lenovo wants to continue to lead the PC market, which has been its hallmark for decades, but welcomes the fact that its non-PC divisions already account for 37.4 percent of its business, with the services and infrastructure team smart (including data centers) growing “at a great pace”.

This was revealed by Alberto Ruano, general director of Lenovo Iberia, during a meeting with the press that took place in the Las Ventas bullring, in Madrid, where the company meets this Thursday about 1,500 people,between ‘partners’ and professionals in the sector, to talk about their business and celebrate the end of the year with them.

Lenovo’s top manager for Spain and Portugal recalled that the company has reached the $17.1 billion in profit in the second quarter of the year, with net earnings of 541 million dollars. Within these benefits, Ruano has highlighted that the divisions that do not include the direct PC business already represent 37 percent, when that figure a few years ago did not reach 20 percent.

THE PC CONTINUES TO LEAD THE WAY

In any case, the computer business continues to set the path forward and Lenovo recalls that it is number one in market share at the level of Iberia and EMEA (Europe, the Middle East and Africa), according to data from the IDC consultancy. Those same reports place it behind HP in Spain, dominating both more than half of the entire national market, with total percentages close to 60 percent.

Lenovo’s goal is to recover that first place in Spain, but Ruano wanted to make it clear that “you don’t live off market share.” “When you are already well positioned the important thing is the management”, reiterated the manager, who is optimistic for 2023 despite the fact that IDC forecasts for the next semester estimate a global drop in business of around 6 percent.

Among other milestones for the year, Ruano highlighted Lenovo’s leadership in Spain in tablet sales and the 21 percent year-on-year growth recorded by the infrastructure solutions team (ISG), which has achieved , at the same time, the best quarter in the history of the division in Iberia.

THE EUROPEAN MARKET ALREADY WEIGHS THE SAME AS CHINA

Another of the points that the CEO of Lenovo Iberia has highlighted has been the least dependency on the Chinese market. According to the company’s profit data by region, EMEA is at the same level as China (25 percent of the total), with the American market representing 33 percent and Asia-Pacific 17 percent.

Lenovo does not deny its origins in China, but Ruano insists that today it is a “global” company, with offices and factories all over the world. Specifically, he recalled the opening of its first industrial complex in Europelocated in the city of Ullo (Hungary), which, with more than a thousand workers, is going to become a key piece in the company’s strategy to strengthen its supply chain, especially in Europe.

“The perfectly connected location of Hungary puts us much closer to our European customers, which allows us to support and respond to their needs, while staying at the forefront of innovation,” said the Senior Vice President and President of the Lenovo EMEA Region, François Bornibus.

Finally, they have celebrated the 30th anniversary of their “flagship” as far as professional PCs are concerned: the ThinkPad range. At this point, Ruano has stressed that it is about a family “at the forefront” at the level of innovation and, together with Kevin Beck, senior story technologist in the intelligent devices division (IDG), have reviewed their history.

Beyond its evolution at the hardware level in three decades, Ruano has focused on sales volume. Thus, he recalled that under the control of IBM (between 1992 and 2005) 25 million computers with the ThinkPad seal were sold, while in the stage within Lenovo (from 2005 to 2022) more than 175 million units have been distributed .

Finally, they have expressed their confidence that this family will continue to grow and evolve. Thus, they have returned to show their jewel in the crown in society, el ThinkPad X1 Fold, the new generation of its folding computer, which with its 16.3-inch OLED screen (12-inch when folded) seeks to change the way users interact with their computer.