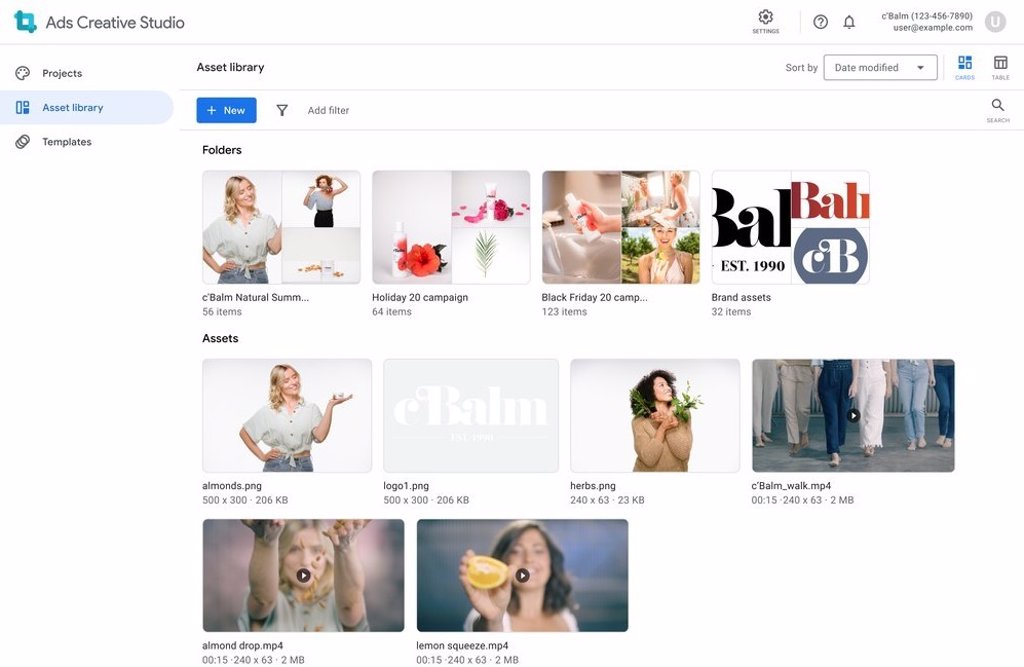 Google announced this Monday its new Ads Creative Studio tool, a unified platform that allows access to all the creative functions that the company offers to advertisers.

Ads Creative Studio unifies a series of tools that were previously part of different services, such as YouTube, Display & Video 360 y Campaign Manager 360, as Google has reported in a statement.

Among the functions that come to the new Google service are Director Mix, which was previously only available to a limited number of advertisers and which allows you to create Multiple versions of a YouTube video ad with interchangeable elements.

For video ads, Ads Creative Studio incorporates a new library of projects that centralizes management and the development of advertisements to make it more fluid to create advertisements of different types, such as video, ‘display’ and audio. It will also be easier to create variations of the same ad.

Google search tool also enhance collaboration functions, so that several people can collaborate in the creation of topics, the design of rules or the review of a campaign from the same service. The information can be exported to the other tools like Google Ads, Display & Video 360 and Campaign Manager 360.