“The first step towards the metaverse in the country” 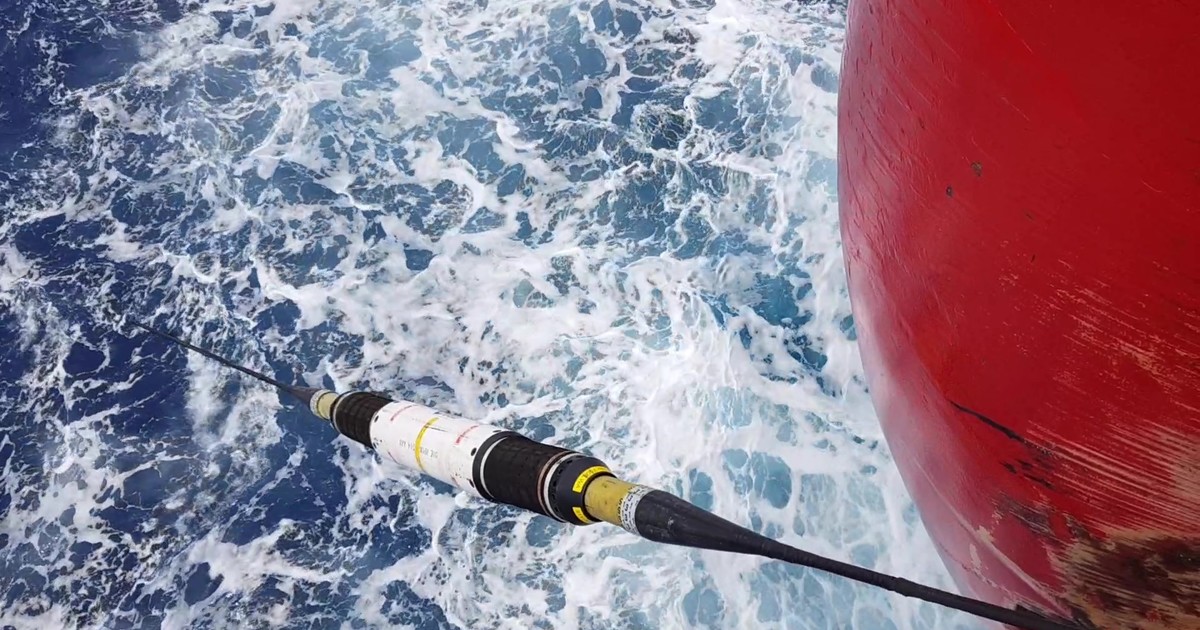 The submarine cable Malbec, owned by GlobeNet, which had an investment from Meta (ex Facebook), connected this Wednesday 2,500 kilometers of extension of a route that includes the Brazilian cities of Rio de Janeiro and São Paulo near the end of Porto Alegre to Las Toninas (Buenos Aires), expanding the access to high speed internet in the country to pave the landing of the “metaverse”.

Malbec is not only the first investment of Mark Zuckerberg’s company in submarine cables. It is characterized by providing the necessary improvements both in capacity and in internet reliability for Argentina. According to NERA Economic Consulting the cable will increase internet penetration by 6 percent and in Brazil, 3 percent.

The cable’s landing point was again Las Toninas (Buenos Aires), which is operated by the GlobeNet subsidiary in Argentina, and it was completed after three years of negotiations and a Covid-19 pandemic that blocked all attempts due to lack of human capital.

Named in homage to Argentine wine, this submarine cable doubles the current internet capacity in Argentina. It does so by using recent developments in fiber optic technology and the latest innovations in repeaters and transponders.

In addition, the cable will allow more people, companies and businesses to connect to a faster and more reliable internet.

“Malbec will extend the network of GlobeNet more than 26,000 km connecting Argentina with Brazil, the rest of America and the main Internet exchange points (IXs) in Europe, taking advantage of state-of-the-art technology to offer the lowest possible latencies. This project demonstrates GlobeNet’s ongoing commitment to invest in enhancing connectivity and data center ecosystems from Latin America ”, said Eduardo Falzoni, CEO of GlobeNet.

In this sense, the National Communications Entity (ENACOM) approved in July 2020 the installation of submarine fiber optic cables with a mooring point in the town of Las Toninas to expand the international bandwidth in Internet services and thus meet current and future demand.

Thanks to this decision, it became possible to carry out this structural improvement both for the Information and Communication Technologies (ICT) sector and for the development of the national economy and industry.

“This was approved by the Board of the Entity unanimously because we believe in the importance of the arrival of this initiative that, from now on, will provide many advantages in a post-pandemic moment where both our country and the world need a better and greater connectivity ”, said Claudio Ambrosini, President of the National Communications Agency.

Malbec: the first step to the Metaverse

Lester Benito García, Director of Public Policies for Connectivity and Access for Latin America of the relaunched Meta, spoke with Clarion within the framework of the arrival of Malbec and the improvements it brings to the country in the face of the next Internet revolution: the metaverso.

“The conception that we have of what international connectivity is for the new Internet that we are building, for the metaverse that we want, and that we believe it is the next evolution of the internet. In this sense, the tool that efficiently and easily allows the transmission of information with low latencies, with high speed, is the Malbec submarine cable “, says Lester.

As recognized by Meta, Argentina, like the rest of the region, is several steps behind much of the world in terms of infrastructure, connectivity and Internet access. In this context, users are increasingly demanding higher quality services that require lower latencies and higher data transfer speeds.

“This infrastructure, this tool, if you can call it that, is necessary to support the traffic and the use of the Internet that will be in the future in this region. That is why it is part of what we want to do or what we are doing to building it is this connectivity infrastructure, “he remarked.

And he added: “When this [metaverso] let it be a reality, the amount of information, the need for low latencies, very fast speeds to be able to conduct all this information and have immersion in real time, that will only be possible to achieve with the appropriate infrastructure to conduct all that information ” , he concluded.

Currently there is a huge cable run that provides Internet to all continents with each other. This network of fiber optic cables travels the planet underwater, allowing Internet traffic to circulate freely and at high speed. Different private companies are in charge of its laying and maintenance, and they are the ones that offer this bandwidth to local carriers.

From the first of its kind, the Transatlantic Telegraph Cable It was inaugurated in 1866, there are more than 300 cables that cross seas and oceans. Argentina connects to this entire network from five of them.

There are two that run along the entire coast of South America and the Caribbean: the South American-1 (SAM-1) of the Telxius company (of the Telefónica Group) and the shared South American Crossing (SAC) / Latin American Nautilus (LAN) by CenturyLink and Telecom Italia.

Firmina, the next submarine cable that will arrive in Argentina. Photo: Google.

The Atlantis II, managed by a conglomerate of more than 15 companies, crosses the Atlantic to Africa and Europe.

Meanwhile, Unisur (also from Telxius) connects us with Brazil and Uruguay, and the Bicentennial (from Antel Uruguay and Telecom Argentina) only goes to the latter. Likewise, ARSAT laid a submarine optical fiber to cross the Strait of Magellan and connect Tierra del Fuego.

Google The Tannat cable connecting Argentina, Uruguay and Brazil is also in operation while the Firmina project is in full swing, which will be the first cable in the world capable of fully operating with a single source of energy at one end.