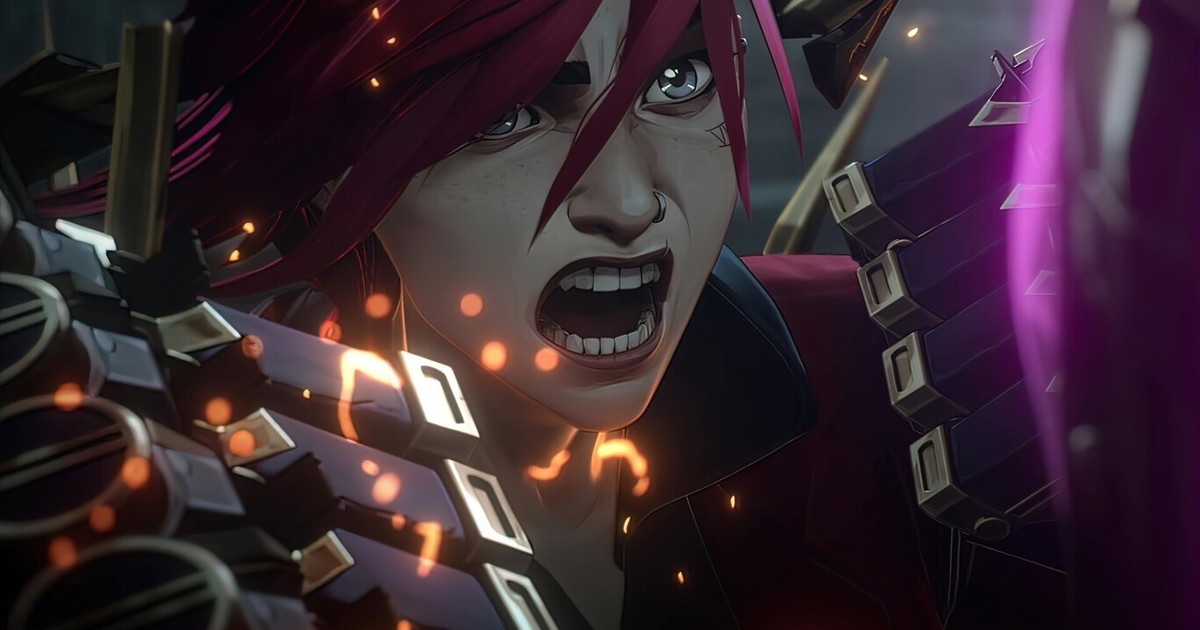 The videogame League of Legends goes through one of its most successful moments thanks to the first animated series in Netflix. The premiere on November 6 broke audience records on streaming platforms worldwide, being the first series with exclusive joint transmission in Twitch.

With the same theme as the debut, Arcane will continue on Saturday, November 13 under the name “New Alliances” and will have three other chapters.

“The second act will follow the vicissitudes of both sisters (Jinx and Vi), now adults, as well as the development of research on magical technology or Hextech of the scientific idealists, Jayce and Viktor, in the middle of the flourishing City of Progress, Piltover ”, explained from Riot Games, editor of the video game and producer of the series.

Jinx, one of the protagonists of Arcane.

Aracane is the first of the animated projects from Riot Games on streaming platforms that is inspired by the universe of characters from the free video game League of Legends, one of the most played worldwide with 800 million since its launch in 2009.

During the first chapters of the series, at least seven of the 150 champions were seen, as the video game characters are called, who won the affection of the video game fans. In addition to Jinx (Powder) and Vi, the sheriff appeared. Caitlyn, the scientist Heimerdinger, the young researchers Jayce and Viktor, the little delinquent Echo, the magician Ryze and Signed, one of the villains on duty.

“The second act deepen the roster of secondary characters that have attracted the attention of the public and critics, Mel, Silco, Caitlyn and other relevant characters in the plot, ”recognized from Riot Games.

Developed by the French animation studio Fortiche and created by Christian Linke and Alex Yee, Arcane had an unbeatable debut, ranking as the most viewed content in up to 38 countries around the globe, such as Brazil, France, Argentina, Germany or Russia. Meanwhile, the United States was ranked number six, the United Kingdom was eighth and South Korea was third.

Date and time of the premiere

Unlike what happened during the premiere on November 6, whose first three chapters were broadcast simultaneously from the accounts of some content creators such as the Spanish The Grefg, this time it can only be viewed exclusively from the Netflix platform.

The premiere of Act II of Arcane will be this Saturday, November 13 at 4 in the morning and will be made up of episodes 4, 5 and 6. Only the last broadcast scheduled for the 27th of this month will remain in what is probably no more than the end of the first season, according to rumors that emerged from the video game’s publisher, Riot Games.